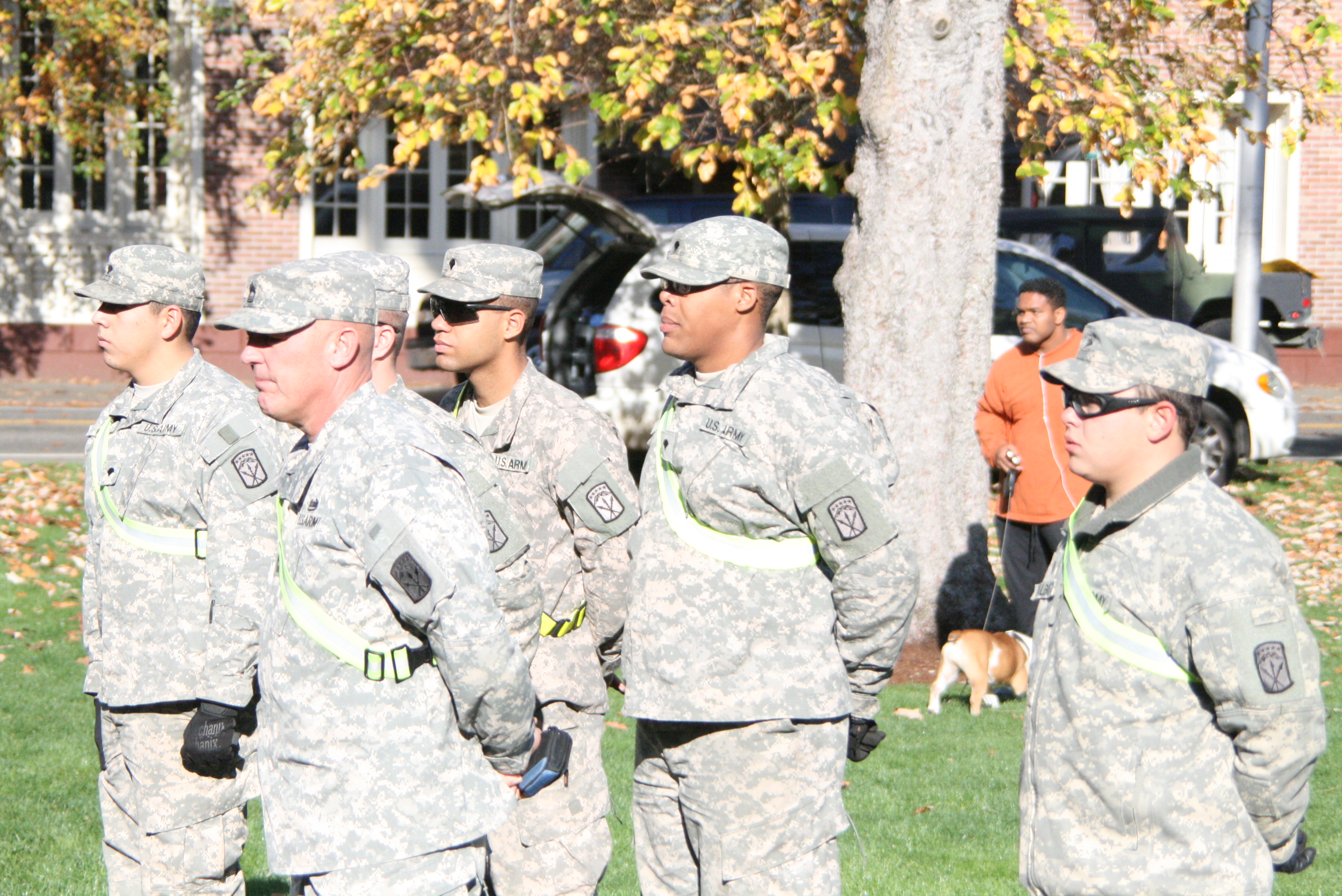 While our daughters practiced on the soccer field, another mom and I would run a 4.5 mile loop.  I despise running.  I look for any excuse to skip, even tempted to admit “I just don’t want to” rather than generate some ache or pain that would prevent me from the trek.  My friend though, never had a complaint, no matter if it was 90 degrees at 6pm or pouring down rain.  She was always at our meeting spot, with her shoes laced, ready to go.

I share this story because Heather is a soldier’s wife.  Her stories about what she has sacrificed for her husband’s military career strengthen and remind me that my complaints are so petty.  She is a strong woman, able to hold her family together during uncertain work assignments and deployments.  But, she would never tell you that it was a sacrifice.  She would turn, smile and say simply “it’s what we do” – a deep belief system that I have seen replicated among other military families.

This weekend, when we show gratitude for the men and women serving in our military, I am also giving thanks to Heather (and other military spouses and parents) – for being the support staff that makes soldiers strong.  Thanks, Heather, for lifting me up when I would rather sit on the curb.  Your dedication to your own family pushed me on.

Here is a summary of articles written about JBLM and our military community.

About a week ago, culinary icon Guy Fieri was spotted around Olympia – Fish Tale Brewery, Buck’s Spice Shop, Darby’s.  He also spent some time with culinary specialists at Madigan, sharing his tricks but also listening to stories from military members stationed locally.

This article shares stories about Saint Martin’s unique distance learning campus on JBLM.  As of 2010, more than 4,000 military affiliated and other non-traditional students have graduated from Saint Martin’s University.

ThurstonTalk aims to be your source for positive information and events happening in Olympia.  If you have a suggestion for a story, send us a note at submit@thurstontalk.com.  For more events and to learn what’s happening in Olympia and the surrounding area, click here.

Adopt-A-Pet Dog of the Week: Lynch