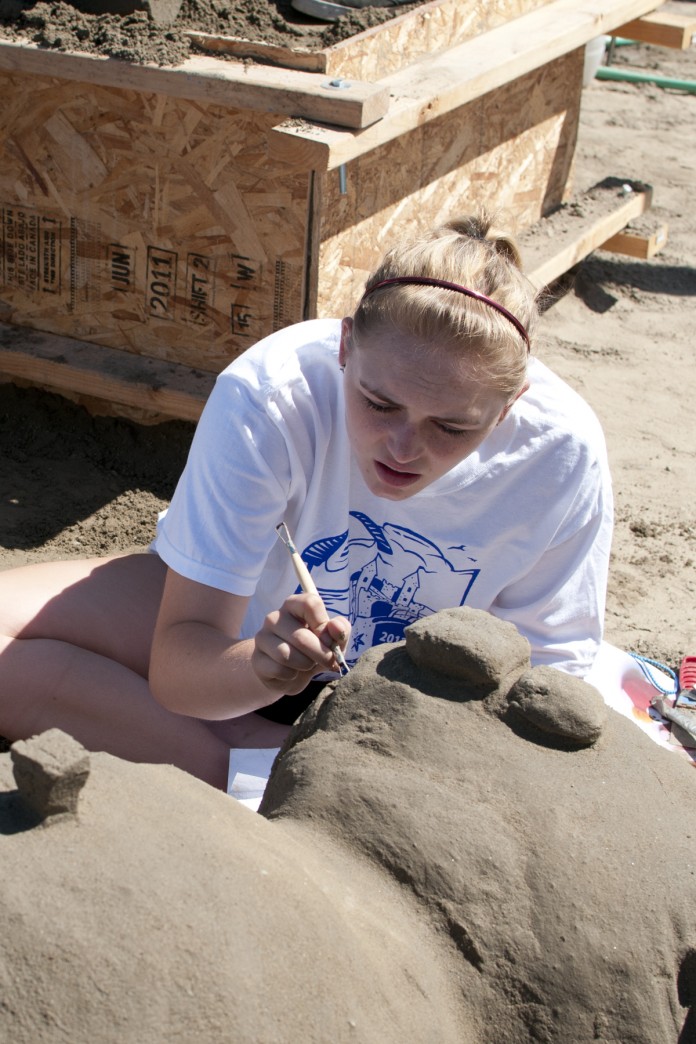 As a sixth grader in search of guidance, stability and friendship, Mara Harris went to the Rochester Boys & Girls Club.

That initial visit, combined with Harris’ experiences that followed at the club as a student at Rochester Middle School, have been the catalyst for her volunteer and philanthropic efforts within the Thurston County area. 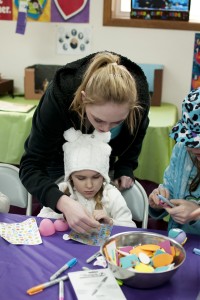 For her efforts, Harris, a 17-year-old junior at Black Hills High School, was named Young Philanthropist of the Year Award by the South Sound Partners for Philanthropy in November.

Harris was nominated for the award by Boys & Girls Clubs of Thurston County.  Her mother, Heather Hughes and other philanthropic individuals from the community, helped celebrate an exciting and humbling experience for Harris.

“I’m receiving the award and then my mom starts crying and I’m just sitting there thinking ‘oh my gosh,’” said Harris in a phone interview with ThurstonTalk.com.  “I felt very humbled to be there, knowing that so many people do so many great things around the community.  I felt I didn’t measure up, but I have a few years to catch up.”

Harris clearly deserved the recognition she received, as her volunteer efforts have benefitted Thurston County youth, her school peers and families around the community.

Harris has organized a number of food drives for the Rochester Boys & Girls Club and also helped repaint the club during its most recent restoration effort.  In the last year, Harris has spent over thirty hours volunteering her time to the club’s youth and continues to help the club’s staff by running errands and helping younger kids with homework.  This effort by Harris is her way of giving back to the organization that helped her develop into the person she has become. 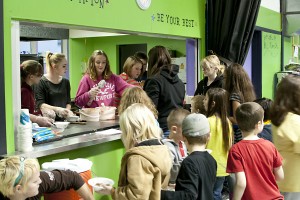 “I feel like there have been people in Rochester who have helped me through hard times,” said Harris, who began attending Black Hills High School due to bullying issues she faced in middle school. “I see kids get bullied, and I want them to know there are positives in life and ways to use your time in a good way. I want the community to grow and improve in general.  I think I have made a slight difference and I know I can keep working to make a bigger one.”

Along with her work for the Boys & Girls Clubs, Harris has spent time with the Rochester Organization Of Families (ROOF) Food Bank, specifically working on the Operation Santa project.  Operation Santa provides donated gifts for families in need and gave Harris the opportunity to see the benefits of such a program first hand.

“They gave this women who was pregnant all of her maternity supplies and I saw her face, and it had tears coming down,” said Harris.  “That warmed my heart.” 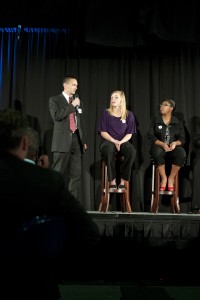 Outside of her efforts in the Rochester area, which include campaigning for and supporting Rochester School District levies, Harris has worked with the YWCA and Black Hills High School students as well.

The YWCA holds an annual hygiene fundraiser where community members donate items such as unopened toothpaste tubes or deodorant.  Following the donations, the items are packaged by volunteers, like Harris, and then delivered to or picked up by those in need.  Through her association with the fundraiser, Harris was able to connect with other young people in the community focused on helping others. (To learn more about helping in this event, click here.)

“It’s nice knowing that other people want to help,” said Harris, who makes the drive from Rochester to Black Hills every day for school.  “Some of the volunteers have gone through hard times in the past, and to see them continue to help despite that is very cool.”

“On the Sunshine Committee, we give birthday gifts for students each month, award an athlete of the week, and give the student of the year, athlete of the year and teacher of the year awards at the completion of the school year,” said Harris, who is also on the varsity golf team, JV volleyball team and is involved in the spring drama production at Black Hills.  “For ASB, I try to greet new kids and get to know them.  Sometimes, they’ve moved around a bunch or are dealing with other issues, so being that person to listen to them, I know that helps.” 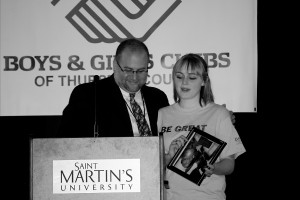 Always looking for new ways to help others, Harris has a fundraising idea she hopes Black Hills High School and the community can collaborate with.

“There was a leadership conference I attended last year that highlighted a program called Ask a Wish,” said Harris, who also is involved with the school’s Invisible Children efforts.  “In the program, you could place a wish for anyone in the school. So if you know someone who doesn’t have as much money, or a coat, you could wish for them to get coat. Then you go around to local businesses to ask for donations.  I have to go through my school first and I’ve talked to my leadership teacher about bringing the program here.”

Along with her own experiences, Harris’ caring nature has been shaped, in large part, to her relationship with her mother.

“Every once in a while something will happen to my mom, like a stranger will buy coffee for her, and she will do the same. She has that pay it forward attitude, and it’s helped me to have that influence,” said Harris. “We have been so close for so long, so seeing the little things she does makes me want to make her proud and for her to know she is making a difference. I want to highlight how important she has been for me.” 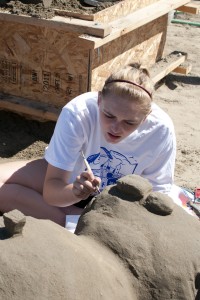 Harris’ nomination for the Young Philanthropist of the Year Award came specifically from Christine Hoffman, the Marketing Coordinator for the Boys & Girls Clubs of Thurston County.  The two have a special relationship that dates back to Harris’ first experiences with the Rochester club.

“(Hoffman) became the director of the Rochester Boys and Girls Club shortly before I came to the club,” said Harris.  “We both got to work together, and she helped me get involved with a lot of projects.”

“Christine has always been there for us.  She knows we don’t have a lot of money. She took me out last Christmas to get a Christmas outfit – a dress and shoes and the money came from the Boys & Girls Club,” said Harris. “It’s neat to know how much they do for us and that’s part of why I give back.”

After receiving the award, which compliments Harris’ history of helping others, you may be wondering what’s next for Harris.   A terrific golfer for the Wolves in the spring, Harris hopes to parlay her athletic talent into a scholarship to Centralia Community College following her graduation from BHHS.  Once she gets to college and complete her education, Harris is planning on continuing her work with the Boys & Girls Clubs, only this time on a national scale.

“I want to show everyone that has been there for me that they helped me for a reason,” said Harris.  “I want to eventually work with the Boys & Girls Club at the national level.  This way, I can help not just one club or community, but millions of kids.”

Big dreams come from small beginnings, and thankfully for the Thurston County community, Mara Harris’ dream is developing into a reality.