Olympia is home to the talented author and illustrator Nikki McClure whose books are a treasure for all ages. The smooth black lines of her folk art are paired with stories, endearing messages and an appreciation for an art medium that each generation enjoys. She creates art for baby books, intricately detailed children’s stories, a yearly calendar and poster prints with her papercutting technique.

Nikki McClure’s background is formally in natural history, studying at The Evergreen State College. Always an artist throughout her life, she was inspired further while at the college by her natural science studies, the natural world and life around her.

Each image in McClure’s books is made from a single piece of black paper. When specific portions are cut with an X-Acto knife and removed, an image is revealed in the relief. Papercutting is a centuries old folk art that spans the world, with different countries each having their own style. The simplicity of the medium -a single, solid color piece of paper with an image in contrasting relief- speaks to the very nature of folk art.

“It was accessible,” says McClure regarding what drew her to the art form. “It was a quicker way to achieve the contrast of printing methods. It is direct and not as messy as inking up a woodcut. It could be made as giant as a billboard, as tall as a four-story mural or as tiny as a logo on a button. I didn’t have an art education, but I did have paper. I learned it by sitting down and doing it. It felt good. My hands made it.”

In McClure’s works, a single color other than black or white plays a part in the narrative. The chosen color is part of the story, sometimes symbolic. Her first paper cut book “Apple,” carries a solitary red apple throughout the story.

“Life inspires me,” says McClure. “Life being the flock of pine siskins that just flew by, or the party of robins visiting the madrone in this late fall for the last berry, or the chipmunk leaping onto the smallest of branches to get the berry that the robin couldn’t reach, ‘The Lore of Ships’ open at the table, cutting into the last of the Asian pears from a friend’s tree. And this is just this morning.”

While preparing to illustrate “The Golden Thread: A Song for Pete Seeger,” McClure studied the folk singer at great length. Watching film footage from Seeger’s television show “Rainbow Quest” was one strategy. She listened to his music and took pictures of him on the television screen, capturing his expression so it could be represented in the art. Not only did she study Seeger, but all the historical events and ideas that surrounded him. “The Golden Thread” images are her characteristic single cut black paper with a single cut gold paper woven throughout, symbolizing the function of Seeger’s lyrical golden thread. And, what better pairing than a folk-art tradition and a folk singer?

Each book is both expression and learning experience that affects the next book. McClure’s experience creating art for “The Golden Thread” had an influence on her work in a subsequent book titled “What Will These Hands Make?” The scenes are made from the single cut black paper with a single additional color to accentuate a focus. Each framed scene is filled with tiny cuts that reveal complex arrays of peopled activities and city streets. “I began writing ‘What Will These Hands Make?’ with the intent to show how objects are made,” says McClure. “But, in developing the book, I realized that making things by hand makes one happy, and that all these makers make a community. They create a thriving community and a safe place to be.” Many of the streetscapes and characters in the frames are based off of real people and places in Olympia. A mother and child who she met at a book signing became models, and she says that bits of Olympia are visible in some of the buildings. Some of the other places and 45 different characters are fictional.

McClure’s works can be seen at a variety of locales including a yearly showing in Portland Oregon at Land Gallery. In Olympia, her and her husband Jay T. Scott’s collaborative art is in the Partners exhibit at Childhood’s End Gallery.  Her books are for sale at both Orca Books Co-op and Browsers Bookshop in Olympia. Through Browsers Bookshop, customers can order signed copies of her books. McClure is continually working on new ideas for art and for future books. You can view her work and learn about upcoming books on the Nikki McClure website and through Instagram. 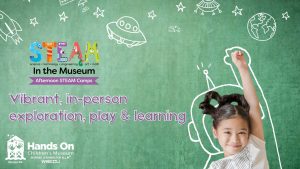 How a Volunteer Task Force is Shaping Capitol Forest into the...