Home a - Web Site Placement Fame and a Fiery End: The Hotel Olympia

Olympia is home to many interesting historic buildings. Sadly, other notable buildings no longer stand due to earthquakes, fires and other disasters. One of these lost buildings is the Hotel Olympia built in 1890. Not to be confused with the still existing Hotel Olympian (116 Legion Way SE, built 1918), the Hotel Olympia was constructed to host visitors to the capital city, including legislators and lobbyists. Located on Main Street (now Capitol Way) between 7th and 8th Avenues, it enjoyed fame before burning down in a spectacular fire fourteen years after construction. 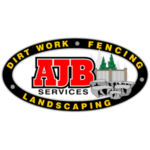 Despite having hotels and boarding houses since its beginnings, Olympia by the 1890s felt that it lacked a grand, first-class hotel for people drawn to the state capital. Many of the inhabitants and visitors complained that existing facilities were inadequate. Although the state legislature met in session only every other year at the time, many Olympians saw a new hotel as a way to improve the city’s reputation as the capital of the new state. Thus, a group of local investors formed the Hotel Olympia Corporation. A community stock corporation, they raised $80,000 of the $110,000 needed to build the facility from local shareholders. The rest was paid by taking a mortgage from a firm in Boston.

The company picked a location for the hotel in the commercial core of downtown Olympia, near the state capitol building. The Deschutes waterway, part of Budd Inlet, ran behind the building. The four-story, 115-room Hotel Olympia was built in Victorian style with wraparound verandas. Inside were parlors, a lobby (claimed by its owners to be the largest in the state), a barroom, clubrooms and a laundry.

The Hotel Olympia held a legislative ball at the end of the legislative session on March 28, 1890, and the building opened to the public almost a month later. It was promoted as being the best hotel in the city.

Besides being crowded by lobbyists trying to talk to legislators during legislative season, the hotel served as a civic center, hosting concerts, lectures and meetings. One important annual event was the Ladies’ Relief Society’s charity ball on Thanksgiving night. Held through the 1890s, the society even announced the ball on the day the hotel burned.

Over the years the Olympia Hotel underwent some changes. It was managed by various proprietors, including C. E. Smith, N. S. Johnson and E. N. Tunin. Johnson and his wife also ran the hotel’s restaurant, renovating it in 1897. The building was extensively renovated in 1902-1903. It remained a popular hotel until it burned down.

The fire began at 10:30 p.m. on November 16, 1904, in an unused portion of the basement. Teenager, Grayce Stark Ayers, who was staying with her sister nearby, wrote in her diary about the dramatic incident:

“O dear, I’ve not said a word about the fire. Last night the Olympia Hotel burned to the ground, nothing was saved and tho’ no lives were lost, it came very near. I was staying at Nell’s and she lived just 2 blocks east of the Hotel and saw the whole thing burn to the ground. O, I was so frighten[ed] and had my duds all packed so if it became necessary to vacate everything would be ready. When they saw the building could not be saved, they turned their attention to other buildings and saved them. And the only thing that saved the town was the heavy rains that fell well, it simply poured.” (quoted in Bernie Grayce Cline ed., Grayce’s Journal: 1903-1921, Olympia, Washington [Olympia, WA, 2010.])

Attempts to contain the fire proved useless. Guests and boarders evacuated the building, only able to escape with the clothes on their backs. Five fire-fighters were overcome by smoke inhalation. Volunteer firefighters, including the governor, flocked to protect the surrounding buildings. The Olympia Daily Recorder newspaper noted the following day, “Upon the first call for volunteers Governor [Henry] McBride seized the nozzle of a hose and worked valiantly for half an hour in a heat that was breaking the window panes of the buildings the workers were trying to save.”

The Hotel Olympia was a total loss. Sixteen thousand dollars of insurance money could not cover the loss for the owners. Some feared that without the fancy hotel the location of the capital was in danger as Seattle and Tacoma offered temporary quarters. This never happened and was not a very serious threat.

A post office was built on the site in 1915. Later called the Federal Building, it came to house several federal agencies. The structure has since been renamed the James M. Dolliver Building after a late Washington State Supreme Court justice. Presently it is the home of the Washington Secretary of State’s corporation division. Although the Hotel Olympia is now gone, an historic building holds its place, and the old hotel’s memory remains an important part of local history.

Thanks to Benjamin Helle of the Washington State Archives for his assistance with photos for this article.