Submitted by Jeannette Sieler, Recreation Supervisor for the City of Lacey

Where can you experience the sights, sounds, tastes, colors, cultures, and customs from around the world without purchasing a plane ticket or even spending much on gas? At the Ethnic Celebration right here in Lacey on Saturday, March 11.

Each winter since 2011 Saint Martin’s University has been the site of the Ethnic Celebration, but the event’s roots go back father then that. Prior to Lacey taking on the event, it had been an annual tradition in downtown Olympia for more than 20 years and managed by the City of Olympia until budget cuts threatened to end the popular cultural event. The City of Lacey stepped in and secured Saint Martin’s as the site, partnered with North Thurston Public Schools, and set about finding performers, vendors, and cultural groups to fill the place.

The event continues to expand and grow involving an even wider variety of groups who are excited to share their culture and heritage with each other and with the next generation. In addition to three stages of ongoing dancers, drummers, and bands there are about 50 different vendors and resource booths as well as hands-on activities for children and live demonstrations scheduled throughout the day. This year, we are bringing back the Passport Activity for children. They can pick up their passport at the door and the first 500 kids to collect at least 10 stamps from the various “countries” at the event will receive a free prize.

We are excited to add a special feature this year, a live performance by the Tears of Joy Theatre. They will be performing Coyote Tales, a compilation of two hilarious stories performed with puppets, masks, and costumes inspired by Pacific Northwest Native American art. They will take the stage at 3:00 pm.

One of the best things about the event is that it is FREE! Free admission, free parking, entertainment, demonstrations and activities are all free. There is a cost for food and to purchase items from any of the vendors. The variety of cultures represented in our own community is amazing and the Ethnic Celebration allows various groups a chance to dress in their traditional costumes and share dances, songs, and music as they teach them to their children who perform alongside them on the stage or share with others at their group’s booth. To see children proudly wearing elaborate clothing of their ancestors and repeating the dances and songs they have learned from their parents is so exciting and for those that just come to soak in the culture it is a feast of colors, sounds and flavor from all over the world.

For some of the groups that perform at the event it is an educational piece that brings them together, not their own ethnicity, like the River Ridge High School Taiko Ensemble led by instructor John Theine. The group is made up of students that rehearse once a week and have also spent a lot of time actually building the drums they use. They boast a full complement of 15 drums including a Hira Daiko measuring over 5 feet in diameter and have added bamboo instruments as well as Japanese Shakuhachi flutes.

Many other groups are made up of families that embrace their own ethnicity and culture and strive to pass that down to their own children through social activities and gatherings that give them the opportunity to learn dances and songs that they can practice and perform as well as dressing in traditional costumes and showing their pride in their own heritage. Some of these performers include the India South Sound Association and the Vietnamese Buddhist Youth Association from Lien Hoa Buddhist Temple.

The Ethnic Celebration strengthens our community, economy, and individual health. No man is an island. We belong to families, work groups, neighborhoods, a community. This event provides opportunities for us to know one another and have positive contacts with each other. The dancing, crafting, and skills shared at the event are all a part of recreation and enhanced community as well as individual wellbeing.

FACT BOX: The Ethnic Celebration has been held in Lacey since 2011, prior to that it was held in downtown Olympia for over 20 years. 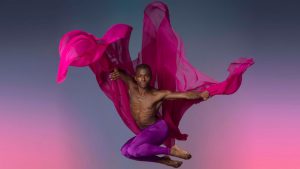