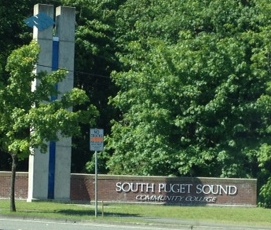 Two South Puget Sound Community College faculty members have been named by the National Academy of Sciences as National Academies Education Fellows in the Life Sciences for the 2015-16 academic year.

Dr. Sarah Cabbage and Dr. Kathleen Ensenat received the honor by virtue of their selection to and participation in the National Academies Summer Institute, a program that works to enhance undergraduate science education.

Their work at the Institute, along with colleagues from 18 other colleges and universities from around the United Sates, resulted in the development of “teachable tidbits” and mentoring processes which they have agreed to implement in their classes for this year.