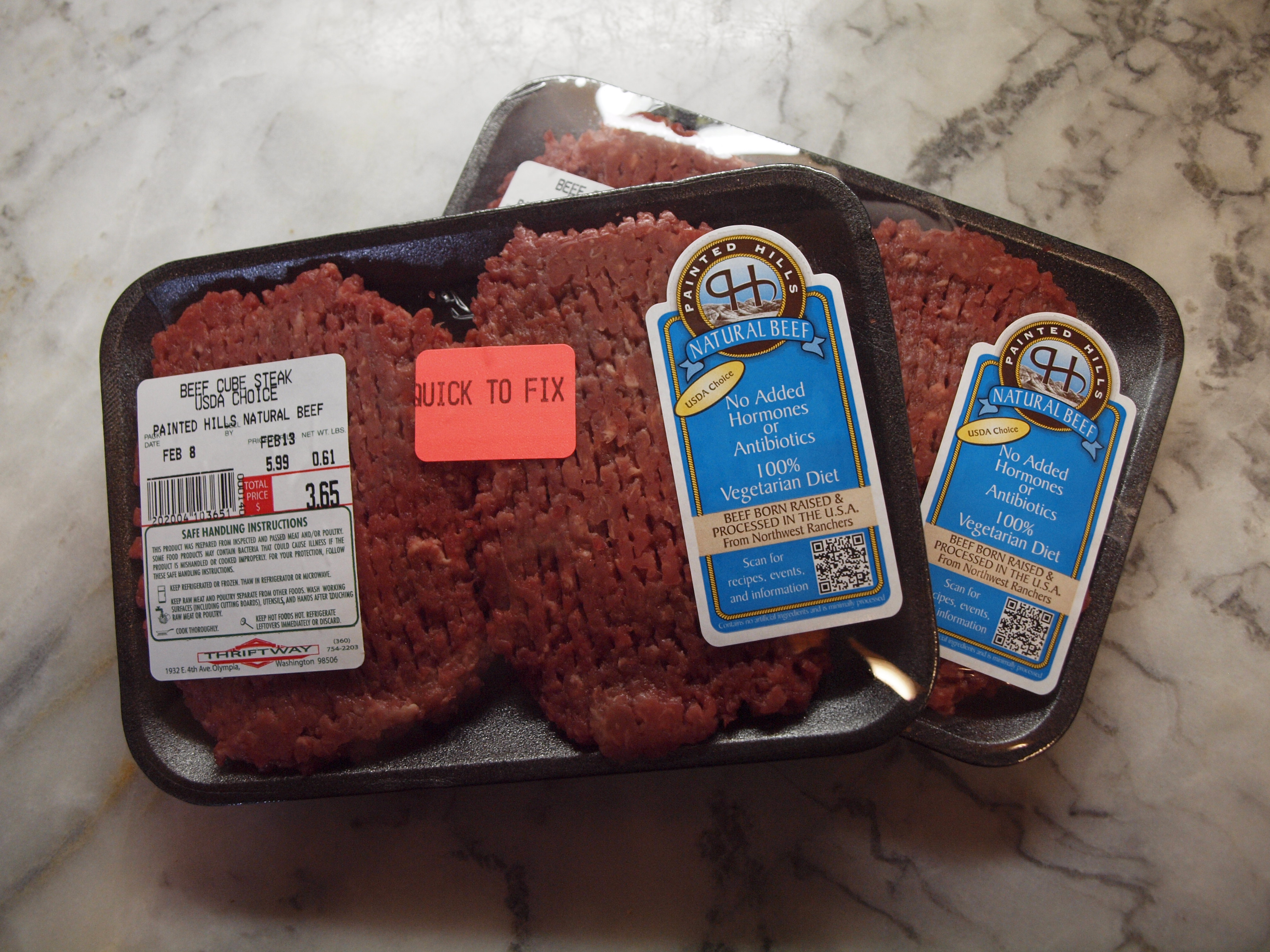 It all started several years ago… 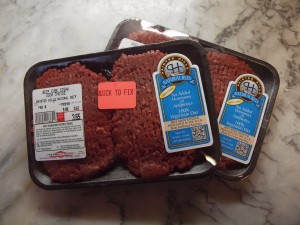 I wasn’t the first person to jump on the local and natural foods bandwagon, but I certainly wasn’t the last. Still, it wasn’t easy early on as there were not nearly as many places to buy locally raised meat as there are today. I started frequenting Ralph’s Thriftway because they stocked Draper Valley Farm’s Ranger Free-Range Chicken and often had good deals on it. On subsequent visits, I noticed I also could pick up my Johnson’s smoked meats here (although it is fun to visit their home store off Rich Road in south Olympia.  It also was at Ralph’s that I discovered Painted Hills Natural Beef.

Back then, Ralph’s Meat Department was my go-to resource for a great selection of local meats, and it often still is. The Ralph’s Thriftway Meat Department has proved itself worthy of my bypassing several closer grocery stores in order to shop their large variety of locally grown beef from Painted Hills Natural Beef. In fact, their selection always looks so good and so fresh, I often am inclined to buy cuts for which I was not seeking. Now, admittedly, I don’t eat a lot of red meat, so I think that speaks volumes to the quality of this meat. When we do eat it, I want to know that it came from cattle that were naturally raised in a pasture and fed grass.

Painted Hills Natural Beef is located in the little town of Fossil in central Oregon. The business was formed by seven ranchers and their families and, to borrow their words, they are “committed to the humane treatment of our animals and conservation of [their] land; as well as to the highest standards of health and quality in [their] beef.”

I was not looking for meat on a recent trip to Ralph’s, but I just had to swing by and check out what was on sale. On the top shelf of the fully stocked cooler neatly packaged pairs of cube steak caught my eye. (Cube steaks are made from round steak that has been pounded flat—tenderized—and kind of look like hamburgers but the meat is all still connected. They offer more protein and less fat.) They were speaking to me:  “Buy meeee…. Cook meee….” 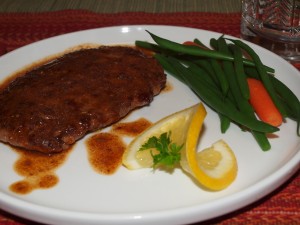 Immediately, my thoughts went to “I don’t need any red meat. I don’t even like it all that much.” But my eyes kept going back to those packages. Then I remembered—and could almost taste—meals my parents used to make with cube steak. I couldn’t recollect what they called it, but it was floured, salted, peppered and pan fried. (That was what you did with all kinds of stuff back in those days!) I probably ate it with a lot of ketchup, and I think it must have been served with mashed potatoes and peas. “I have peas in my freezer,” I thought to myself. I could do this. “Well,” I further reasoned with myself, “I might skip the mashed potatoes—I don’t have time for that between piano, tennis and soccer shuttles. But I could roast some new potatoes and that might work…” Anyway, you see how this goes. Imagine it all playing out in the meat aisle of the store. And, no, I wasn’t talking out loud­—but my lips may have been moving.

So I bought three packages on a whim and dream of reliving the memories of those meals, and had to make a special trip home to get it the fridge – not part of the day’s schedule. The meat made me do it. How often does meat inspire you? That is how good the selection is.

So, after all those delicious memories, here is a simple and quick recipe for Enlightened Cube Steak au Poivre, which I created because I couldn’t get myself to fry it in the same manner of my memories. It was delicious, but it wasn’t the same as when my parents made it. In speaking with my mother after the fact, a shorthand version of her recipe for steak “fingers” is: Cut cube steak into strips. Dredge in flour that has been seasoned with salt, pepper, and garlic powder. Pan fry in oil. How simple is that?

These days, organic and locally grown foods have gained in popularity – and that is a great thing! Let’s not forget that the owners of Ralph’s and Bayview Thriftway (Storman’s, Inc.) are a fourth generation, family-owned business as well. And to give credit where credit is due: Ralph’s Thriftway set the stage for an explosion of access to locally grown meats, and they were my early suppliers. In appreciation of their foresight, I am happy to continue to support their stores.