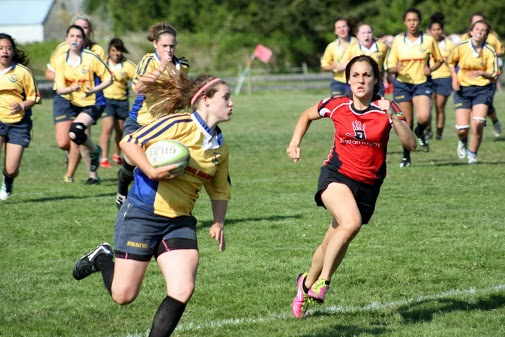 Dan Smith, President of Budd Bay Rugby Club, had a tough time choosing his favorite aspect of the sport he loves.

“That’s a good question,” Smith said in an interview with ThurstonTalk.com.  “The intensity, I love it. But the camaraderie between players is amazing.  You can travel the world on rugby, and show up at a rugby clubhouse in New Zealand and be well taken care of.   I think it’s the whole package that appealed to me and has continued to do so.” 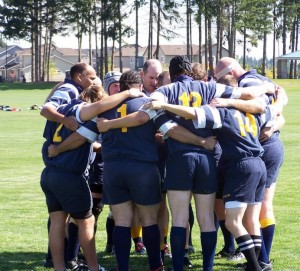 Those same traits have helped draw in players from the Thurston County area and helped Budd Bay Rugby, part of USA Rugby, grow into one of the most successful clubs in the region.

Thanks to a dedicated and all-volunteer coaching staff and administration, Budd Bay Rugby continues to compete at a high level, all while teaching players the fundamentals of the game, and helping the surrounding area through community service efforts.

“Since it’s a volunteer based organization, we know everything is being done for the right reasons,” Smith said. “It’s basically a second full-time job for all of us, so we wouldn’t be out there if it wasn’t something we cared about a lot.”

The Club’s roots began in the 1990s at The Evergreen State College (TESC).  Students and adults would practice and compete with the college’s club team.    In 1998-99, the adult men’s team began competing in the Pacific Northwest Rugby Football Union Division II.  A year later, the Capital Cougars Rugby Club (CCRC) began competing in the U-19 division under Pete Sullivan, an Australian who is the now the club’s Coaching Director.  That season, the CCRC took second in the Pacific Northwest Championships and finished 13th nationally. In 2001, the team took first in the PNC and finished fifth in the nation.  Soon, more athletes from across the area, and not just Capital High School students, were joining the team.  Eventually, the name switched to Budd Bay Rugby.

Thanks to a similar following at TESC, the two women’s club teams were able to quickly garner a national reputation as well.  Since their inception in 2004, the Bandits have won a Pacific Northwest Division II championship (2010) and finished eighth nationally the same year.

From 2009-2011, the Buffaloes won the Pacific Northwest Division III Championship and finished 11th in the nation in 2010. 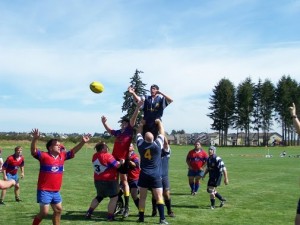 At the youth level, Budd Bay Rugby focuses first and foremost on safety, which is established through teaching the fundamentals of the sport.

“Safety is the number one factor, and that comes from teaching kids basic fundamentals and moving on from there,” said Coaching Director, Pete Sullivan.  “For a lot of these kids, they grew up playing other sports and they know those fundamentals already, like where they need to be in certain situations. We want to put the kids in situations where they’re making a proactive decision rather than a reactive one.”

“If you’re paying attention and know the correct techniques, it’s a safe sport,” said Smith, who noted that players are required to wear mouth guards and can chose to wear a protective foam head set.  “Head injuries are a cause for concern in all sports these days, and all our coaches are trained in recognizing the symptoms.  We have a zero tolerance policy on any player that shows those symptoms.”

Teaching fundamentals have paid off for the club, as they have seen tremendous success at both the youth and adult level over the last decade.

The Steelheads have produced four players that have been selected to the U19 USA National team since 2002, won the Pacific Coast Invitational Championship in  2010 and have been nationally ranked twice in that time frame.

Not to be outdone, the Barbarians have five national rankings since 2000 (including a fifth place finish in 2005 and seventh in 2006), to go along with three Pacific Northwest Division Championships over that time period and a state title in 2011.  The team has also produced four U-19 USA players, including North Thurston High graduate Scott LaValla, who went on to become the first non-Irish captain for Dublin University.  LaValla currently plays for both the Stade Francais Rugby Club in Paris and the United States’ men’s nation team, USA Eagles. 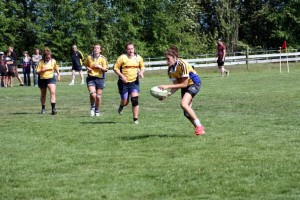 “I think younger athletes see the type of players we produce and how far you can go in the sport and that appeals to them,” Smith said. “Especially a guy like (LaValla) because he was a tremendous football player at North Thurston.”

“Kids want to have great high school memories, whether it’s on the chess club, the swim team, student government,” Sullivan said. “This is no different, and they have an opportunity to be part of something special.”

The community service put forth by the club should also be considered special.  Last year, athletes from both the youth and adult teams helped clean up Wolf Haven following the winter storm season.  Players have also been involved with Washington State’s Adopt-a-Highway Program, the Thurston County Food Bank and the Friends of the Olympia Library.

Following the terrible devastation from the earthquake that hit Haiti, the Club began sending rugby equipment to the country to help provide an outlet for Haitian youth.  The efforts are through the Helping Hands Normaise Foundation, created by former BBRC coach Rosedanie Cadet.

“I’ve made the joke that we’re a community based organization with a rugby problem,” Smith said. “We do recognize being a strong member of the community is important for our future.” 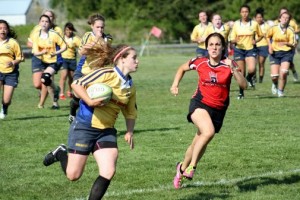 While the club has been successful both on and off the field, Budd Bay Rugby Club is always looking for more help in developing the sport in the community.

“I heard we were going to have 75-100 kids just show up for the youth level this year, and I thought we are going to need some more coaches,” said Smith, who says the youth programs have about six coaches between the teams. “We already have some of the best rugby minds in the area on staff, but we are always looking for more help.”

Bringing in that many kids to the program is impressive, but it should not be surprising due to the fact that the club accepts players of all abilities from all walks of life.

“There’s a spot on the field for everybody at all levels of the club,” Smith said. “You want to give it a shot, come out; there are a lot of places to put you.”

Seeing the development of the program and the culture of the sport in the area has been special for both Smith and Sullivan.

“We certainly have a lot to be proud of already, but I’m most proud of the fact that we’re always trying to improve ourselves and the community,” Smith said.

“It’s amazing how much the talent has improved and just the structure overall,” Sullivan said. “It’s pretty crazy to think how far things have come.”