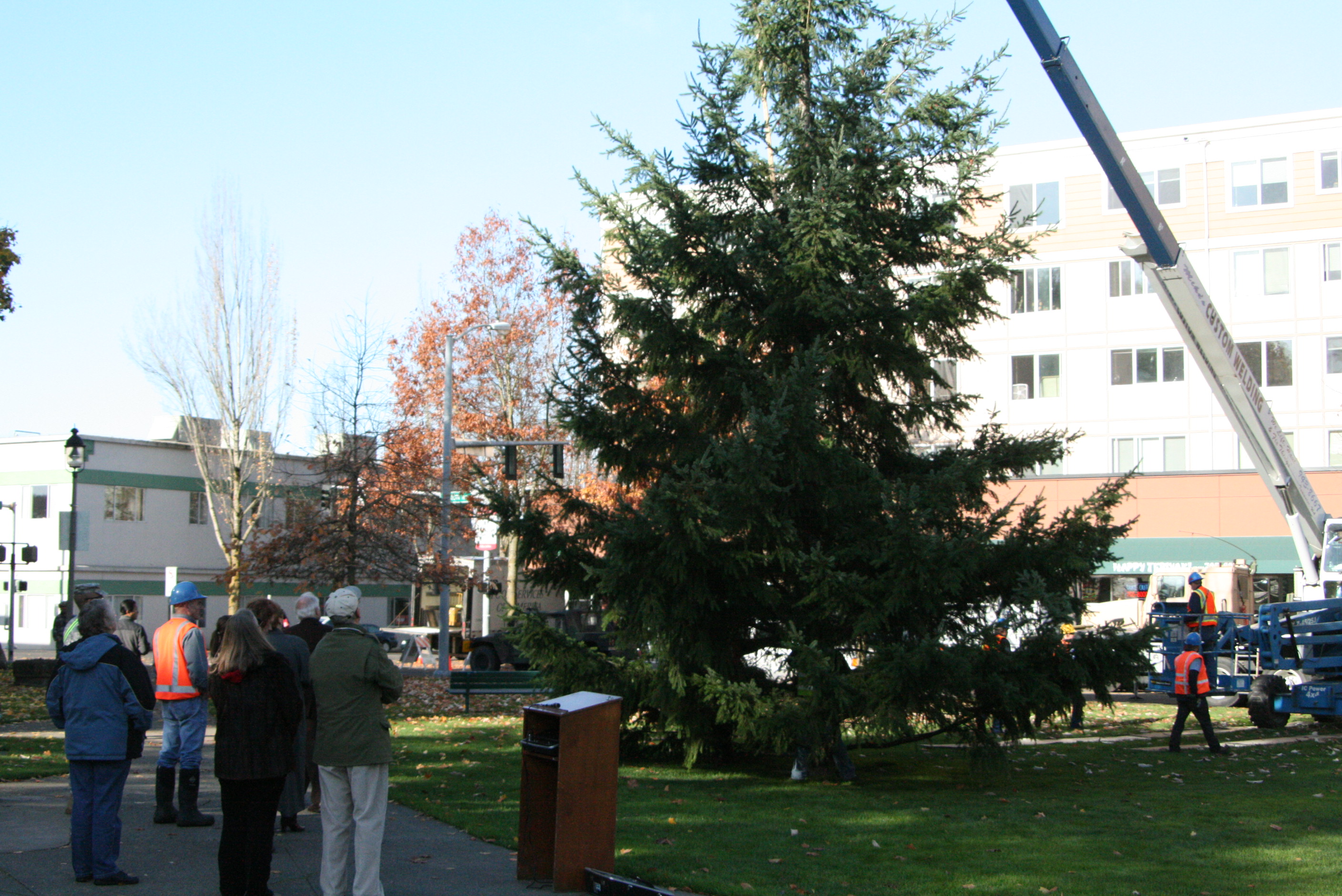 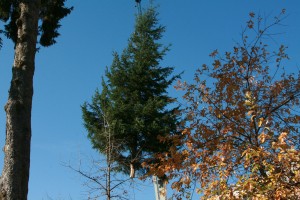 Some may argue it’s too early, but the holiday season officially started in Olympia on Thursday afternoon at Sylvester Park.

The central downtown location will again be the final destination of the town’s holiday tree, which was delivered and set up Thursday afternoon underneath a sunny, blue sky.

This tree set-up was far from ordinary, as the wooded wonder from Joint Base Lewis-McChord stands at 45 feet tall and required a oversize load sign during the 30-mile drive south to Olympia.

A crane from Mike’s Custom Welding was used to erect the tree once it was properly pruned using a chain saw, and was set into a hole on the north end of the park facing Starbucks Coffee.

Military personnel were present, as was a collection of Olympia community members, including mayor Stephen Buxbaum.

Kim Combs, the Event and Volunteer Coordinator for the Olympia Downtown Association is proud of the size of the tree and its ability to bring people together during the holiday season. 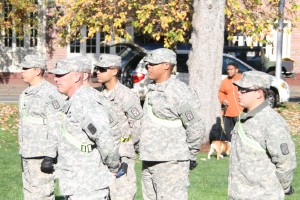 “It’s the biggest tree that has been used in the (20) or so years that Olympia has put up a tree, so we’re happy with that,” Combs said. “We see the energy in the community and excitement for the tree.”

The tree is a centerpiece for the annual holiday celebration the Sunday after Thanksgiving (Sunday, Nov. 25 this year), with the tree being lit at 4:30 p.m. the day of the celebration.   Other activities will include visits with Santa, electric trolly rides and a gingerbread house contest through South Puget Sound Habitat For Humanity.

Working with the military is also a rewarding part of the process for the ODA.

“We’re very supportive of the military and a lot of military families live in this area,” Combs said. “Having their help and cooperation has been amazing.”