Dressed in a long black habit and speaking with a strong French-Canadian accent, the nun would have made an unusual sight at the Saint Peter’s Hospital construction site in Olympia. Mother Joseph was an architect and leader of the Sisters of Providence who constructed hospitals and schools throughout the Pacific Northwest. Many of the institutions, now housed in more modern buildings, are still in operation today.

Esther Pariseau was born April 16, 1823, to Joseph and Francoise on a farm near Saint Elzear, Quebec, the third of 12 children. Her father, a noted coachmaker, taught her carpentry and design. Although not formally trained as an architect, the practical lessons Esther learned gave her the skills she needed for her later work as a builder.

Attending boarding school at Saint Martin de Laval got her interested in a religious life. In 1843, she became a novice with the Sisters of Providence in Montreal. This Catholic religious order had been founded earlier that year by Emilie Gamelin. Esther formally entered the order in 1845, choosing the name Sister Joseph of the Sacred Heart to honor her father.

But Sister Joseph would not stay in Montreal. She and four other nuns answered Father A.M.A. Blanchet of the Nisqually Diocese’s call for the Sisters of the Providence. After an arduous 45 day and 6,000-mile journey, they reached Fort Vancouver on the Columbia River in 1856.

Vancouver would be their headquarters throughout Mother Joseph’s lifetime. For 10 years, she was the superior of the Sisters of Providence’s missions. After that, she became their treasurer and in that capacity was in charge of all the Sisters’ construction projects in the region. As an architect, she not only designed these buildings, but also supervised construction and even did some of the work herself.

The Sisters of Providence became involved in Olympia. They built Providence Academy (now Saint Michael’s Parish School) in 1881. Later in the decade, the city would call on them for a new project: a hospital.

In the late 1880s, Olympia was recognizing its need for better medical facilities. The need was high from logging and mill work. Moreover the city had listened to the complaints of legislators and decided they needed a hospital if they wanted to have Olympia as the state capital.

A. H. Chambers, businessman and mayor, lead the efforts to bring a Sisters of Providence Hospital to Olympia. The city purchased land overlooking Budd Inlet (and near the Territorial Capitol) for the facility. To help raise funds, the sisters sold “billets” at local logging camps, a form of health insurance that entitled purchasers to medical care at the hospital. This proved a major source of funding during the hospital’s earliest years. A Ladies of Charity group also formed to help support the hospital.

Construction began on April 7, 1887, with Mother Joseph as architect. The hospital was three stories with a decorative tower. It originally had a capacity for 30 beds. This proved too small for the growing community and the hospital was expanded several times over the decades.

Nuns served as nurses and some female students from Providence Academy were hired as nursing aides in exchange for room and board. Not everyone at the hospital was a patient and legislators occasionally boarded in unused rooms, finding its proximity to the fairly isolated capital more convenient than staying farther into town.

Mother Joseph died on January 19, 1902, in Vancouver. By the time of her death, she had helped found (and often build) 11 hospitals, 7 academies, 5 Native American schools, and 2 orphanages in Washington, Oregon, Idaho, Montana and California as well as several missions in Western Canada.

Popular interest in Mother Joseph revived in the 1960s when Vancouver residents were successful in saving their city’s Providence Academy. The state legislature voted to put a statue of Mother Joseph in the National Statuary Hall in the United States Capitol in Washington D. C. The Mother Joseph Foundation sponsored the statue.

Sculptor Felix W. de Weldon was chosen to create it. Weldon depicted Mother Joseph kneeling in prayer. Scattered at her feet are architectural and building tools. Engraved plaques depicting some of the buildings she designed are placed around the base of the statue.

This statue was dedicated on May 1, 1980, in Washington D. C. Governor Dixie Lee Ray formally presented the sculpture to President Jimmy Carter. A papal representative delivered greetings from Pope John Paul II. A copy of the statue was dedicated in Olympia’s Legislative Building on October 9, 1980.  In 1999, the legislature even designated April 16 as Mother Joseph Day. Mother Joseph’s legacy continues in the schools and hospitals that she founded and in the ongoing work of the Sisters of Providence. The Sisters have extensive online archives that chronicle their history. In Olympia, Mother Joseph’s original hospital building was replaced in 1924 with a structure on the Westside (420 Sherman SW, now Capitol House Apartments). The current Saint Peter’s Hospital (413 Lilly Road NE) was constructed in 1970 and continues Mother Joseph’s efforts to care for all.

West Olympia and John Riley Chaplin, One of Many People in History to Develop the Area

Take a Walk and Learn About Olympia’s Famous Trees 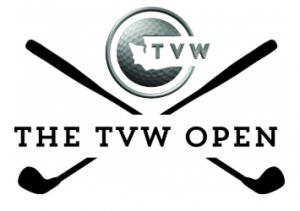