The Lacey Food Bank’s occupancy permit was achieved with help from the Gateway Rotary Club, which provided members for a two-day heavy lifting of volunteerism in their local community.

Located at 7027 Martin Way East in Lacey’s urban growth area, the Lacey Food Bank’s Farm Stand had over 40 Gateway Rotary volunteers donate their time on a Saturday in November 2019 and on the Martin Luther King Jr. Day of Service in January 2020, completing major landscaping work in an eight-hour period of outdoor gardening sessions.

“Our club’s commitment of supporting the Thurston County Food Bank is a wonderful thing, and our participation in the landscaping project for the Food Bank’s Lacey Farm Stand was a fun, rewarding activity,” said Curt Vaniman, Gateway member. “It was so much more than just landscaping work. It made me feel good knowing that we’re contributing to getting the Farm Stand up and running as quickly as possible to help so many folks in need in that part of the community.”

Volunteers planted 600 plants, laid landscaping fabric, spread 30 yards of bark mulch, and installed a bike rack. The landscaping work had to be done before the Lacey Food Bank could receive their Certificate of Occupancy permit. “As I looked at the Lacey Farm Stand Landscaping project, I knew it was a lot of work to be done,” said Bruce Wollstein, Lacey Food Bank Project Manager. “I was taken back by the number of people and commitment by those folks to complete the landscaping project in a total of eight hours.”

Gateway member Courtney Williams said that the flexibility of the service project allowed her to involve her family members in the activity.

“My partner is a nurse, so his work hours don’t always allow him to experience community members in action,” Williams said. “We volunteered together during the landscaping project to support the Lacey Food Bank, and he was in awe by the positive attitude of Gateway members and mission of the food bank.”

Gateway Rotary Club friends, coworkers, and family members, all joined in the landscaping fun. Gateway Rotarian Mark Isner and a team of volunteers from South Sound Contractors planted five trees and built a 150 square foot plaza in front of the Lacey Farm Stand. On the Martin Luther King Jr. Day of Service alone, over 20 Gateway Rotarians and family members helped spread the last batch of mulch across the site.

With the Farm Stand occupancy certificate in hand, Phase 2 of the Lacey Food Bank Project is now complete. Now, the Lacey Food Bank can start Phase 3: building the 5,000 square foot food pantry at the center of the property. Twenty-two percent of clients who use Thurston County Food Bank services live in Lacey.

“The food bank project was a great way to bring rotary together to help the community through a Saturday and a Holiday of service,” said Troy Kirby, Gateway Rotary’s Public Image Chair. “It allows our members to be active, but also engages with our community members on what Rotary does. Service above self, quantified.”

The Rotarian “Service Above Self” motto was what made the volunteers stand out to Robert Coit, Executive Director of the Thurston County Food Bank. “From the beginning, I understood the Lacey Project to be part of a bigger effort to bring people together as part of the Compassionate Community initiative,” he said. “The partnerships with the City of Lacey, the North Thurston School District, and the Chamber of Commerce have all been rewarding. But it all tied together when actually working with Rotarians on the landscaping project and hearing people talk about how they were digging in the dirt to make Lacey a stronger community.” 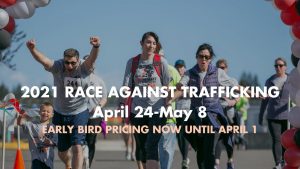 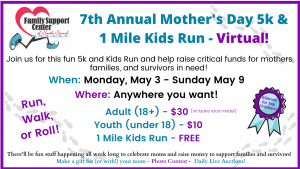 The South Sound Reading Foundation’s goal is to bring the joy and promise of reading to all South Sound children. Our goal depends on book drives like this one to receive gently-used children’s books that[...]
May
6
Thu
all-day 2021 5K Race Against Trafficking @ Online virtual
2021 5K Race Against Trafficking @ Online virtual
May 6 all-day

We encourage everyone to join us for our Annual Mother’s Day 5K! Even though things are a little different this year, we still want to have fun with our community. Our solution? A VIRTUAL 5K![...]
View Calendar

Heart of Wellness Team’s Integrated Treatment of Headaches Gets Results

Believe it or not, according to the International Classification of Headache Disorders, there are more than 150 different types of headaches. They fall into...

Experience Merritt Long’s View from the Back of the Bus at...

Cannonball into Summer at the Olympia Country & Golf Club Pool