Local friends and business owners, Dave Jekel of Spud’s Produce Market and Grant Bolt of Matchless Brewing, have collaborated on the specialty beer, Spudman IPA. Using real potatoes in the brewing process, this IPA is released on a limited run once a year. With an anticipated release date in June 2019, the fourth edition of Spudman IPA will be available at various taps and shops, including Spud’s, throughout the Pacific Northwest.

After Matchless started canning in the summer of 2017, Spud’s was one of the first to bring the local brewing company’s cans into a retail environment. After creating earlier versions of a non-potato beer with another brewery, Jekel decided to partner with Matchless after making friends with Bolt. “We were going to do the third edition of Spudman and we had signed papers to put a store in out here in Tumwater,” explains Jekel. “We were pretty good friends, so we decided, it only makes sense if we’re coming out here, and we’re good friends, I’ll let him do the beer.”

And the collaboration was a hit, with Spudman becoming a favorite beer at the produce market, with 1,000 cans being sold at one store alone. “We got them in the first week of July last year and they were gone by the end of August,” says Jekel. “It goes quick and it only comes out once a year.”

The idea for a potato-brewed beer originated from a Matchless employee during the creation process. In homage to Spud’s Produce Market, it was decided that the beer was going to be brewed using actual potatoes, through a specialized process. “With beer, typically, you’re taking whatever your grain is, and you’re crushing it, exposing the starches,” explains Bolt. “Then, once it goes in the brew process, you’re converting the starches to sugars, so then you can actually ferment it out and that’s what actually gives you your alcohol. Another way of doing it is to use the sugar. In this case we extract the sugar out of potatoes and you can use that fermented instead of grain.”

Despite potatoes being used during the brewing process, Bolt and Jekel insist that potatoes can’t be tasted in the final product. “It’s not a token amount,” says Bolt. “There’s a notable amount of potatoes in there, but you can’t taste it.”

With first distribution to Spud’s, Spudman IPA, will also make its way to other taprooms and shops from Seattle to Portland. “I was on vacation in Canon Beach last summer, in August, and I walked into a store and Spudman was there,” recalls Jekel. “And I was like, oh my gosh, it’s my beer! It was pretty cool. I took a picture.”

With the beer nearing its summer launch, Bolt is grateful for a natural partnership with another local business owner that arose from their businesses’ close proximity and mutual connections. “I like that it’s organic and not forced,” explains Bolt. “It’s really cool to have an organic relationship that just kind of happened out of us being close and knowing each other. Living in the same town and knowing a lot of the same people and being passionate about what we do, whether it’s produce or groceries or beer.”

The relationship between Spud’s and Matchless is a natural fit for customers, as well. It is common to see Spud’s customers grab something to eat at the market and then head over to the Matchless Taproom

With the newest Spudman edition launching next month, a new can design will also be introduced. “Every year we do a different design,” explains Jekel. “This year’s can, I think, is the best can we’ve ever done. The design on it is going to be amazing. People are going to go crazy when they see it.”

To kick off this year’s production of Spudman IPA, Spud’s and Matchless will be hosting a launch party at the Matchless Taproom. The event will be from 6:00 p.m. to 9:00 p.m. on Thursday, June 27. Children will be allowed until 7:00 p.m. A DJ will be spinning hot tunes, the taco truck, Taqueria La Esquinita, will be providing tasty bites and of course, multiple Matchless beers will be on tap, including Spudman IPA.

To learn more about Spud’s and the newest version of the Spudman IPA, visit the Spud’s Produce Market website. 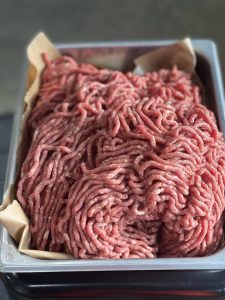 Submitted by Providence Medical Group Patients who suffer from AF and are at an increased risk for stroke are commonly treated with blood-thinning warfarin therapy...