Home Around The House Views on Fifth Aims to Bring Vitality, Vibrancy and Economic Growth... 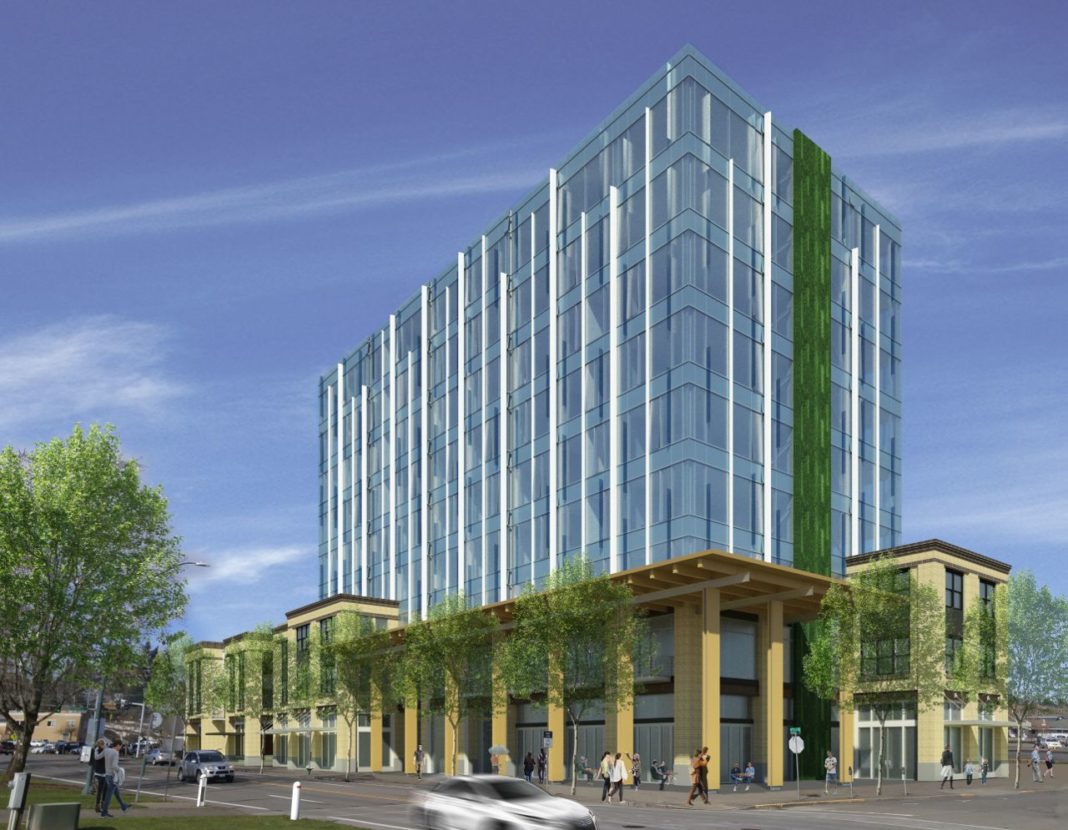 Any resident of Olympia, whether a new transplant or long-time native, knows about the “mistake by the lake.” The nine-story former Department of Corrections headquarters has been vacant since 2005 and an eyesore for longer than that. Proposals have come and gone about what to do with the building, but until recently, nothing has been solidified. Now, local developer, Ken Brogan hopes to change the “mistake” into something we can all be proud of. 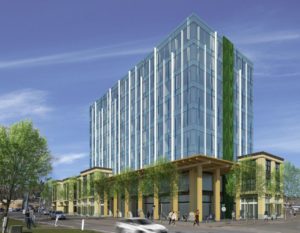 The project is called Views on Fifth and is moving forward with plans to convert the current tower into a mixed-use residential, retail and restaurant space. The adjacent buildings will be removed and new three-story structures will wrap the main tower, creating nearly a full block of interactive, vibrant space.

Currently, the project is in the review process with the City of Olympia. Senior Planner Nicole Floyd oversees the review and explains that the plans are in phase one of three. “The first phase is the site plan and design review, which we are in right now. Second is the engineering review and last is the building review.”

Because of the high community interest, the city has included a hearings examiner in the process to help ensure all aspects of the project are fully considered. “This wasn’t required,” emphasizes Floyd, “but the director felt it was warranted for this big of a project.” She continues explaining that the city’s role in the project is limited to “unbiased review for code compliance.”

The tower will remain essentially intact yet will be unrecognizable once competed. The creative minds at local Thomas Architecture Studios (TAS) have created a design that “skins” the current tower structure, updating it to something modern and beautiful. Lead architect on the project, Tom Rieger, explains the exterior concept.

“The design is intended to mimic the surrounding landscape, creating something that is in keeping with the beauty of the Puget Sound and Olympia’s waterfront. The exterior will have new glass curtain wall with accents of decorative glass panels designed to simulate rain,” Rieger says. “When the sun hits it, it will sparkle like the water around it. Interspersed with the curtain walls of glass are vertical green walls on the east and west facades of the building —living urban gardens on the exterior of the structure—and design elements intended to mimic the masts of the Olympia Yacht Club’s boats just beyond the site.” 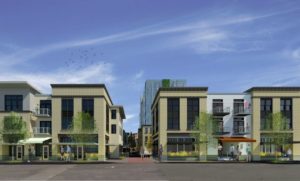 Within this completely reimagined exterior of the tower will be 86 market-rate residential units on floors two through nine; the total development will have 138 units. The first floor will include a variety of retail and administrative spaces accessible from the street. The entire site is L-shaped and the newly constructed adjacent buildings will also be mixed-use and a pedestrian and auto woonerf will meander between the tower and adjacent new buildings.

In the northwest corner of the site, a parking structure will accommodate 150 vehicles, earmarked for residents with several reserved for retail customers. However, you won’t see the parking lot at all. “There will be a ring of apartments and shops around the interior parking area, so it won’t be seen from the street,” shares Rieger.

To accommodate that many cars in a small footprint, an innovative automated parking system is being installed. “You drive into a hub, get out of your car into a sheltered area, and your car is automatically delivered to your designated space via a turntable-style lift,” explains Rieger. These structures are being used successfully throughout the world but this one is a first for Washington State.

While the design details are fascinating, the real motivation of developer Brogan and the team at TAS is to bring people into the isthmus area of downtown—one of our most beautiful, yet under-utilized areas. “We want to activate this area and get people downtown in the evenings to enjoy the space,” shares Rieger.

And, creating a vibrant community space is the vision Ken Brogan has had all along. The 51-year-old native Olympian explains his dreams for the property have roots in his childhood. “I used to ride my bike past the building with my brother when we were kids. It always fascinated me—I wondered what went on inside,” he recalls.

His 30+ year time in the construction and development industry started small when he was a framing contractor. He’s built a successful business focused on reinvesting in the town he’s always known and loved. Brogan admits that his $30 million investment isn’t the “best business decision ever, but sometimes you have to let your heart, your instincts enter in. This is more than a business decision for me. I’m in this for the long-haul, for my community.”

Brogan echoes Rieger in his hope that the project will revitalize the west end of downtown. “If you wander the cities of the world, you’ll see vibrant development with lots of foot traffic and commerce. We already have the foundation for it—the boardwalk, Percival Landing, Bayview Thriftway, the Olympia Yacht Club, the Heritage Park Fountain. This is a place people should want to be, should flock to.” Brogan’s goal is for Views on Fifth to bring a vibrancy to the area that will draw more people in through dining, entertainment and shopping options. 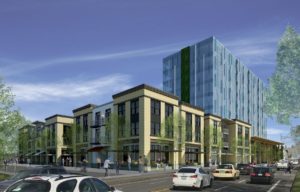 “When more people want to be in an area, when they are attracted to an area, it becomes a vibrant, dynamic space that grows on that momentum,” he says. “Businesses will survive, they will thrive.”

For those interested in the Views on Fifth design, a public meeting of the Design Review Board will be held at 6:30 p.m. on Thursday, August 10, 2017, in Room 207 of Olympia City Hall. No public comments will be taken; however, written comments can be submitted to Nicole Floyd at nfloyd@ci.olympia.wa.us. Floyd reminds the public that helpful public comments should include direct suggestions for the proposed design (i.e., depth of sidewalks, lighting suggestions and inclusion of covered outdoor spaces), not alternative development proposals.

The entire team involved with Views on Fifth is hopeful the public will embrace the new development plans. “There have been many proposed plans over the years, but nothing has been able to move forward,” shares Brogan. “We are committed to transforming the area into something all of Olympia can be proud of, something that brings people downtown and creates more beauty in an area that has been vacant for far too long.”