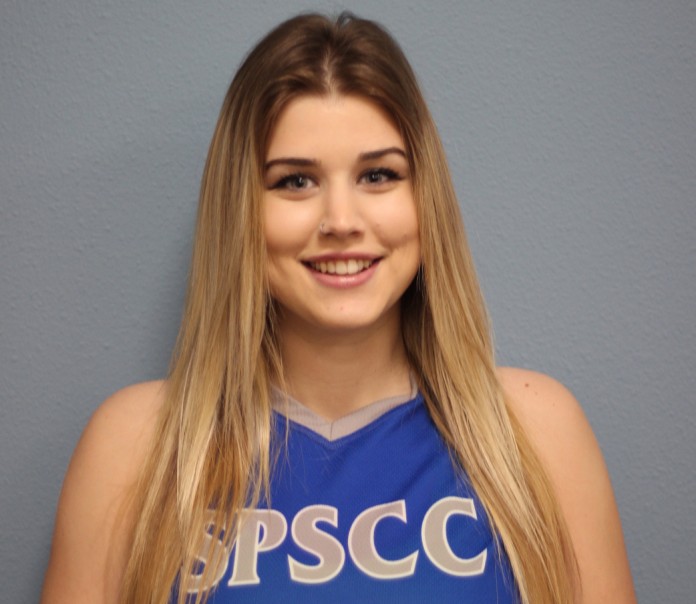 South Puget Sound Community College women’s basketball may have seen its season come to an end on Saturday in the Northwest Athletic Conference playoffs, but there was still a very big bright spot. Clipper freshman forward Savannah McGill set the new NWAC women’s basketball single-season rebounding record on Saturday, March 5, hauling in 10 boards for a season total of 456. She averaged a remarkable 15.7 rebounds per game.

McGill, in addition to setting the rebounding mark, also placed 13th in the NWAC in points-per-game with 16.8, and 12th in blocks with .93 per game. Her rebounding record eclipsed the total of 453 set by Blue Mountain Community College’s Renae Griggs in the 1989-90 season. Her season rebounding average is second all-time to Griggs’ 16.7.

“This record is an indication of all the hard work Savannah and her teammates have put in since September,” SPSCC women’s basketball coach Michael Moore said. “This may be an individual record, but Savannah will give all the credit to her teammates as she is a very selfless person both on and off the court.”

McGill was a key part of a Clipper squad that went 16-13 overall, advancing to the postseason for the first time since the 2008-09 season. In addition to the rebounding record, she was named the NWAC West Region Freshman of the Year and to the NWAC All-Western Region 1st Team. She came to SPSCC from River Ridge High School in Lacey.

Moore said McGill is certainly gifted on the glass, but that’s not all she brings to the court.

“Savannah has a knack for understanding where the ball will come off the rim and also users her long frame to box out her near-by opponents,” he said. “Aside from rebounding, Savannah’s other great characteristics to the team involve her high level of competitiveness as well as her love for her teammates. She always pushes herself and her teammates in practices and in games at a very high level, which is a direct result of her character and level of maturity.”

Moore said he is excited to keep the momentum the squad built this season rolling. The Clippers graduate three sophomores from this year’s squad.

“Savannah being the all-time rebounding champion of the NWAC puts more of an emphasis on that we are a rising program that will continue to strive for consistent success,” he said.

“Talking to Savannah and the rest of the returning freshmen, they are all eager to get back to work to increase upon our 2015-16 season success. With the returners we have coming back and the potential recruiting class we have in mind, we once again will be looking to achieve even higher goals and return to the NWAC Tournament, now with postseason experience behind us.”