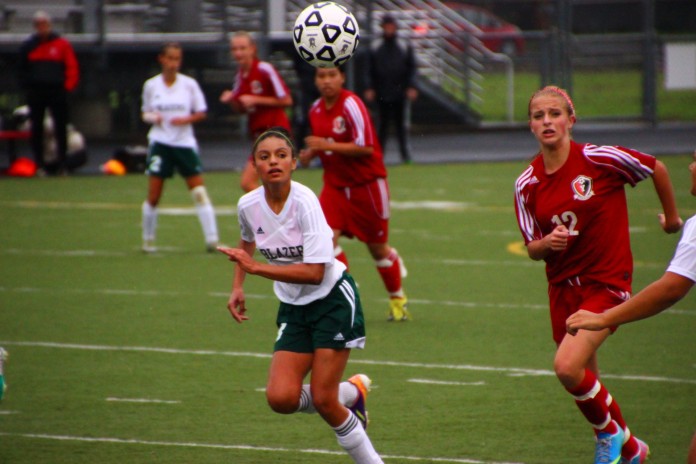 With a large collection of sports taking during the fall season at the high school level, it’s not uncommon for schools to face-off on different playing surfaces on the same day.  Both Yelm and Timberline High School had such a day on Tuesday, Sept. 17, as the Tornadoes boys tennis team faced off against the Blazers at home, while the Lady Cyclones soccer team traveled to South Sound Stadium in Lacey to take on their Narrows League foe on the pitch.  After the Tornadoes nearly swept the Blazers 4-1 in tennis, the two schools finished deadlocked at one goal apiece in the soccer game amidst a fall downpour.