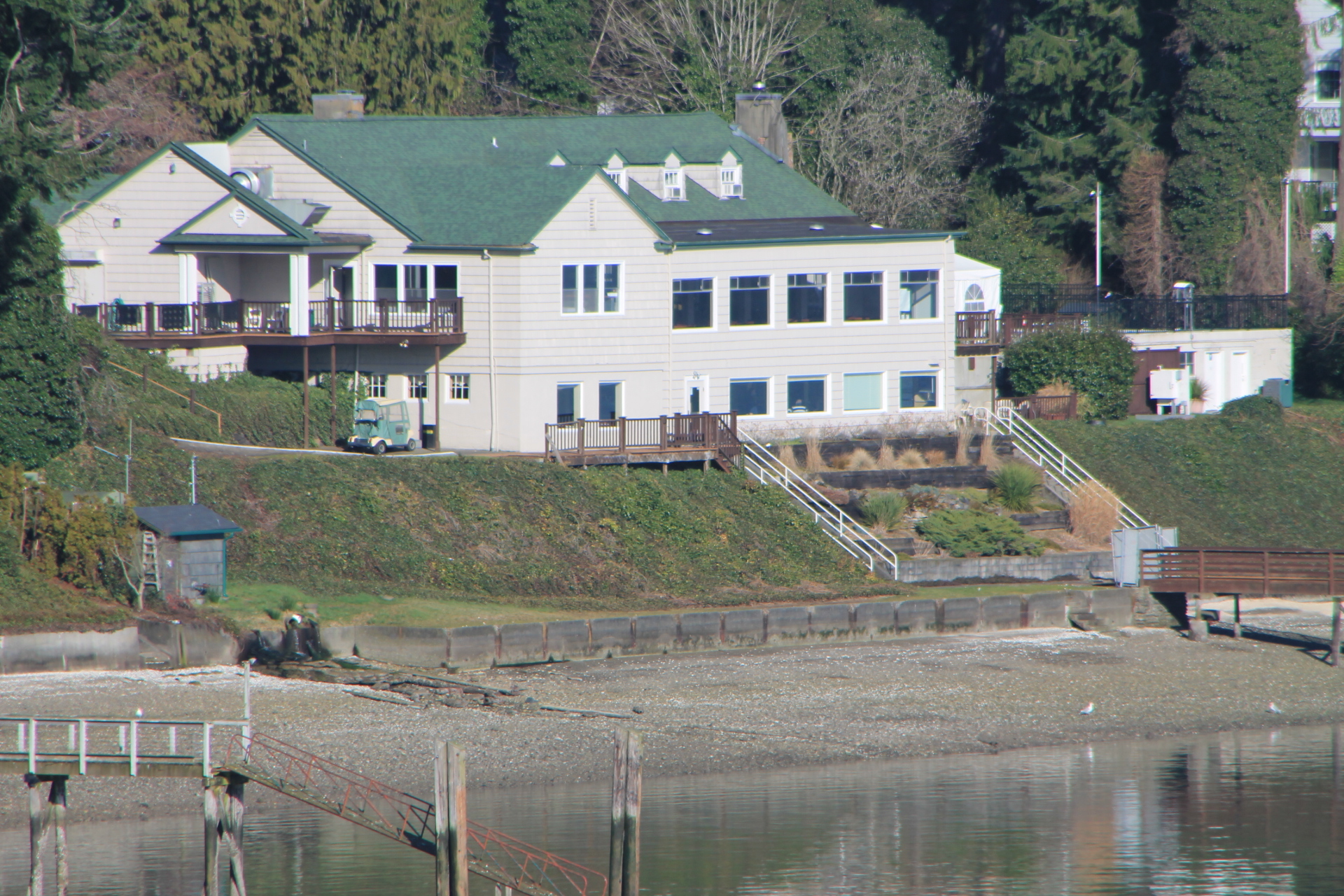 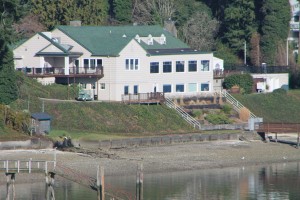 The story began almost 90 years ago.  A 9-hole golf course was built on a parcel of land along Olympia’s Cooper Point Road.  In 1957, almost 30-years after it was originally built, the Olympia Country & Golf Club expanded to an 18-hole golf course.

Now, the iconic West Olympia marker is undergoing major changes to preserve it’s grandeur for the next generation.

With expansive views of Budd Inlet and Mt. Rainier, the Olympia Country & Golf Club has been a fixture in the community.

However, during the past decade, the club’s membership has steadily declined.  As members aged, fewer young people were joining the club.  Despite it’s majestic location, upgraded grounds and outdoor swimming pool, younger families were choosing to spend their dollars on other forms of recreation.

Club leadership began to have serious concerns about the organization’s viability.  As word of the club’s financial distress spread around the community, Dr. Angela Bowen took notice.

“The club has always been a revered institution by the community,” said Bowen.  “I felt that it was such a pity that 100 acres of green space, in the middle of Olympia, was in danger of dying.”

While a long-time member of the country club, Bowen had not been involved in the operation of the business.  “I have seen the physical structures, services and membership offerings deteriorate over the years,” Bowen reflected.

She started investigating the financial feasibility of purchasing the club and renovating the existing structures.

“Everything went very smoothly with the transition of the ownership structure.  I have put in a much simpler governance,” she reported when reflecting on purchasing the club in December 2011.

Bowen wasted no time in beginning the renovations.  The project has been split into three phases.  The first phase focuses on fixing the parking challenges.  On a narrow, curvy residential street the club offered limited on-site parking.

“I knew that no matter what improvements were made to the club, we had to have places to park to attract greater numbers of people into the buildings,” noted Bowen.

Opening this summer, the below-ground parking facility will fix this obstacle.  Phase two will involve building a clubhouse on top.  The clubhouse will feature indoor and outdoor dining with spectacular views of Mt. Rainier and Puget Sound.  The golf shop will offer a fresh design with merchandise featuring the original Olympia Country and Golf Club logo, which was reinstated by Bowen. Both the parking structure and clubhouse are expected to be completed by this summer. 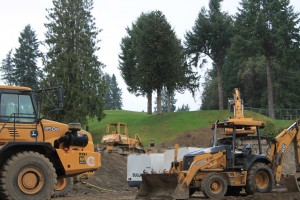 The most exciting phase will come in 2014 when Bowen’s team will build a new meeting hall, intended to further invigorate the membership.  “This space will offer services that traditionally appeal to a younger age group,” added Bowen.

The meeting hall will likely house an exercise facility, updated swimming pool, and improved docks to visit the facility by water.  Both casual and fine dining are also in the plans to attract wedding parties, business meetings and social events, as well as repeat diners.

While focusing on the physical structures, Bowen has simultaneously revamped the club’s food service.  “The food quality had deteriorated to the point where the restaurant was only slimly patronized by members,” she said.  With a renewed focus on food quality, Bowen has increased the hours of operation for the restaurant offering breakfast, lunch and dinner seven days a week. The restaurant has seen the patronage rebound.

Realizing that the condition of the golf course is directly related to membership growth and retention, Bowen will be investing more capital into the improvement of the turf quality and overall playability of the golf course.

Bowen’s renovation plans include bringing the club up to current building code compliance.  For example, the current setbacks are 50 feet while the building was standing at 30 feet.  “I agreed to take care of all the building compliance issues such as the setbacks and parking problems that were swamping the street,” noted Bowen.

In exchange, Bowen has received generous support from neighbors and vital assistance from Thurston County planners.

“(The County) has been helpful and supportive.  They have guided me away from clumsy mistakes that would have been made out of ignorance,” she said.

An Olympia resident since 1968, Bowen is sincerely happy about living in Thurston County.

Now, with her commitment to upgrading the Olympia Country & Golf Club, we can all thank her for preserving a piece of history and glorious green space for at least the next 90 years.