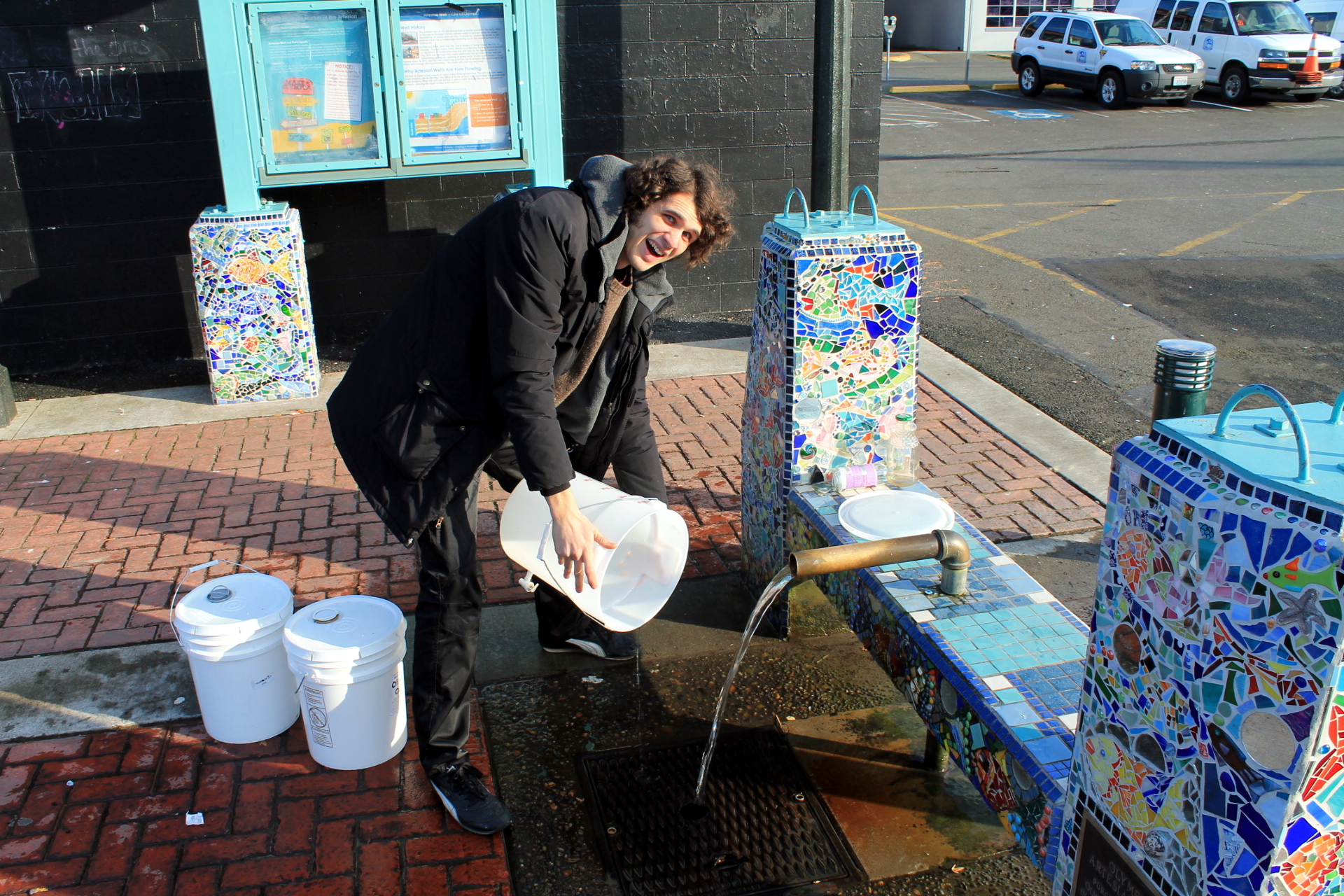 Merriam-Webster defines ‘artesian well’: A well from which the water flows to the surface by natural pressure.

In the early 1900s, the Artesian Well, located in Olympia, was used by steam locomotives that needed water. In 2009 Thurston Public Utility District, Diamond Parking Service, and the City of Olympia decided to keep the well open to the public. And in July 2010, the Olympia City Council authorized the purchase of the well and the parking lot, making the water available to the public.

A while back was the first time I had ever heard of an artesian well. My roommate said, “Dude, man, you’ve never heard of an Artesian Well, man … It’s a well open to the public, man … flows water from the heavens.” Right after that, he hunched back over his bowl of Top Ramen and left me to decipher what he had said. I later realized there is more truth to what he said than I had once thought. Obviously, it doesn’t “flow water from the heavens,” but it might as well, the way everyone speaks of it. Numerous people I talked with said it was the cleanest, purest water they had ever tasted. Stone, a student at the Evergreen State College, says, “This is the best water around. There is definitely a difference in the way it tastes compared to tap water.”

The next time you’re in Olympia and you happen to have a five galleon bucket in your back pocket, be sure to stop by and taste “water from the heavens.”

The artesian well is located at 415 4th Avenue East in Olympia.  For a complete story about the history of the Artesian Well’s facelift, click here.