There was little debate who the top two high school volleyball programs in the 3A classification were this season. That distinction went to Capital and Mount Spokane – the last two state champions.

The Cougars won the title in 2017, while the Wildcats claimed last year’s crown, handing Capital its lone loss on the year in the 2018 state semifinals.

It seemed as if the entire season was leading to a highly anticipated rematch.

This year’s state championship was the fitting place for that to happen. Unfortunately for the Cougars, however, the outcome was the same.

Despite the setback, the Cougars capped not only the best three-year run in school history, but one of the best 3A runs in recent memory of any team in the state by taking home the second-place trophy.

Capital finished the season with a record of 19-2 and have gone an impressive 50-4 over the last three seasons. The Cougars also finished third last year at the state tournament with their only loss coming to Mount Spokane in the state semifinals.

Unlike last year’s match where the Wildcats won in four sets, the rematch went to a match-deciding fifth set, which saw the Cougars jump out to a 5-1 lead. The veteran Mount Spokane squad rallied, tying the match at 7 before going on an 8-2 run to seal up the state crown for a second consecutive season.

The Cougars, led by third-year head coach Katie Turcotte, opened the state tournament by simply overwhelming the competition, destroying both Interlake and Lakeside of Seattle in the opening two rounds to secure their fourth straight trip to the state semifinals.

Maia Nichols, a multiple-time all-state player who has committed to play beach volleyball at Arizona State University next season, paced the Cougars’ onslaught with 14 kills and nine digs against Interlake.

It was more of the same against Lakeside, last season’s state runner-up and the 2016 champion, in the quarterfinals.

Up next in the semifinals was Metro League Sound Division champion Roosevelt, which had knocked off Central Kitsap, a team who had defeated Capital in the regular season finale, in the first round and Ferndale, the eventual fifth-place finisher at the tournament, in the quarterfinals.

It marked the 11th time in program history that Capital secured a trophy at the state tournament and the fourth time overall the Cougars finished second.

Maia Nichols, who finishes her high school career as the holder of several team records, including as the Cougars’ all-time kills leader, registered a team-best 268 kills this year, with a .248 hitting percentage, and 198 digs.

Mathews finished with 409 assists, 126 digs and 36 aces on the season, while fellow senior Huff, who will play next season at The Evergreen State College, had 106 kills and 71 blocks.

Despite losing four extremely gifted seniors, Capital will once again be one of the favorites in the 3A ranks in 2020 as the Cougars will be led by Western Washington University signee Oestreich, who posted 230 kills, 191 digs and 51 aces this season, and Madison Nichols, who had a team-high 202 digs to go with 198 kills, 41 aces and 41 blocks. 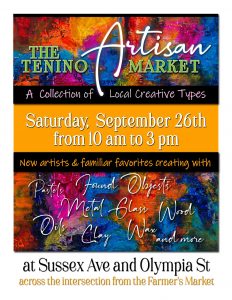