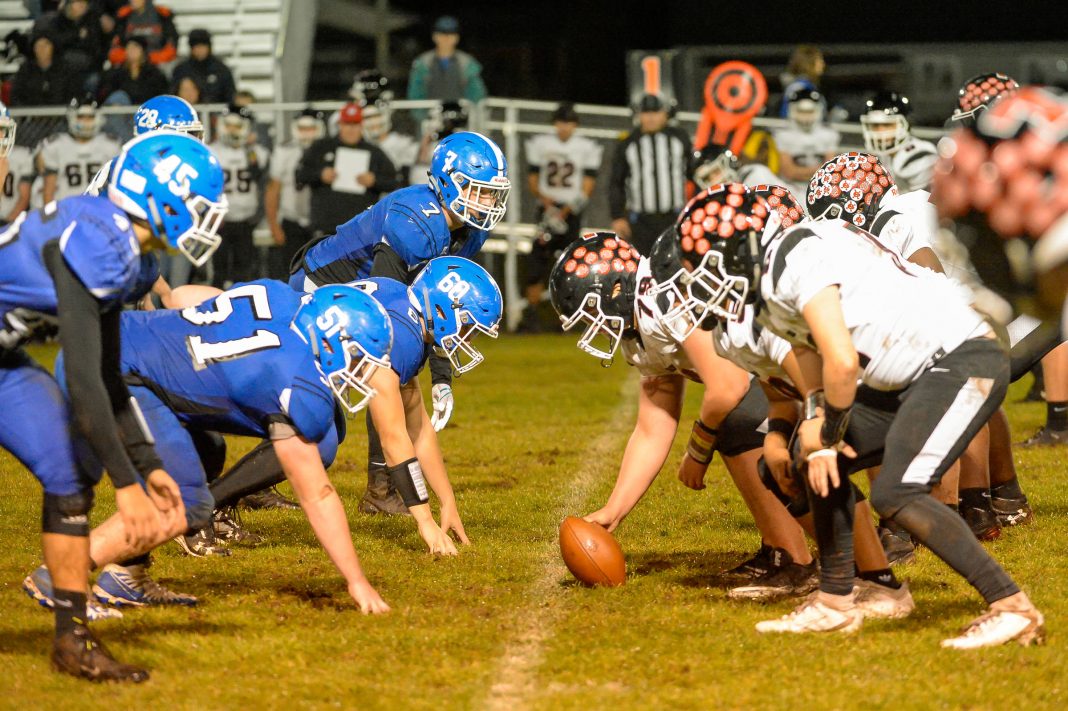 Give it to Shriver.

A constant rain and 2nd half downpour couldn’t seem to stop the Eagles momentum. Even the band, cheer and drill team wasn’t affected by the rain during half time activities.

After 27 first quarter points, Elma placed another 20 unanswered points on the board in the second quarter. Vollan was 7/7 for 183 yards on the evening connecting often to wide open receivers. Tenino struggled finding a rhythm. Beaver quarterback Aiden Wright went 9/21 with 49 yards on the evening. The Beavers scored in the 4th quarter off a fumble recovery by Takari Hickle.

Elma coach Ron Clark was pleased with his team’s preparation, execution and hard play. “I thought we came out really fast. I liked our execution. I have never seen our quarterback throw the ball better. We wanted to block better tonight and it’s been good. Clark credited Tenino for their fight. “Tenino is better than last year and tougher and they are playing hard.”