Only at Olympia Harbor Days, this weekend August 31 – September 2 will you find vintage tugboats, a 25-foot salmon and a ton of bricks and so much more.  Final plans are headed for the finish line, making way for the 45th Annual Edition of Olympia Harbor Days Vintage Tugboat Races and Festival, South Sound’s largest and free maritime festival at the Olympia waterfront. Over 55,000 are expected to attend.   The award winning event is presented by the Olympia Kiwanis Club with title sponsor the Squaxin Island Tribe. “This free family friendly event has been 45 years in the making and 3 years in finessing – bringing new and exciting features and landside activities as well as increasing the tugboat and harbor ship participation.” says Executive Director Carol Riley.

By Sea:  Tugboats and Ships of the Harbor – Starting Thursday, ships of all shapes and sizes will join Tug Sand Man and start filling the docks at Percival Landing.  Expected are 17 tugboats which are open for touring Saturday 9/1 and racing on Sunday 9/2.  One tug will also be hosting live music on deck at times.  Joining the tugs will be retired Coast Guard Cutter and WWII floating museum Tug Comanche, and 100 year old Bering Sea fishing vessel Tordenskjold (her first trip and appearance to Olympia).  On Wednesday of this week the Tall Ships Lady Washington and Hawaiian Chieftain arrive at the Port Plaza docks and are open for touring and some excursion sailings.  One of the last remaining historic Mosquito Fleet ships, the Virginia V will arrive with 120 passengers on board, 58 of which are tourist who will spend the weekend in Olympia.  Special thanks go to Capital Heating & Cooling, the Ships of the Harbor community sponsor.

By Land: Kick off Friday from 5pm to 8pm with a tribal blessing followed by a 60’s band with GO GO girls and some fun circus performers. All vendor and food booths will be open.  On Saturday from 10am to 7pm find the 2-day amazing Harbor Display built of Legos and create your own ship, train, plane or pirate located at Percival Landing, thanks to sponsor Heritage Bank.  The Port Plaza will host Olympia’s award winning Hands On Children’s Museum’s  Salmon-bot make, race and take activity.  Also find remote control model tugboats and robotics in this area.

Sunday is the ONLY DAY for kids to climb into the mouth of FIN, a 25-foot salmon where once inside they will find cultural art, the biology of the salmon life cycle, and a water fall.  Stream Team volunteers will be on hand to teach more about the salmon that migrate annually through the Olympia Harbor.

Sand at the Harbor continues its second year with a giant sand carved display created over the weekend by professional sand carvers Form Finders. Watch them compete in a quick carve contest Sunday at the Midway Stage near the Marinas.

Come learn the culture and tribal history of the South Sound, watch tribal carvers and shop the artisan booths, all weekend at the Squaxin Island Salish Seaport at the Port Plaza.  A beer/wine garden and salmon bake are also offered with proceeds going to the Squaxin Island Tribe Museum. Be sure to be around Saturday midday for a tribal canoe race followed by jamming – dancing and drumming. The area will feature live music, a DJ, and other performances all weekend.

A wide array of music will be found on Washington’s Lottery Main Stage at Percival Landing next to the amazing international food alley.  Sea Shanties, the Army’s First Corps Jazz Band, and Taiko drumming add to the sounds of many of Olympia’s classic rock bands.   From the Boardwalk to Columbia Street will be hundreds of vendors offering so much that all your holiday shopping can be accomplished without going online!  Booths include arts, crafts, commercial, importers, non-profits and food. “We have enjoyed our many years at Olympia Harbor Days (OHD). We started doing OHD because our daughter lived down that way and she helped us every year. Now they have their own business so we are passing the torch.” Randy Yaple, Yaple Kettle Corn.

And what is the South Sounds largest harbor festival without Pirates, Vikings, Balloon Artists, Face Painters, Caricatures, Woodcarvers  and so much more. There is even a Treasure Chest at the Harbor House for those that come to the festival dressed like a pirate.

Riley wants to thank the many community businesses and maritime partners for continued or new sponsorship to keep the tugs and ships coming to Olympia and allowing the expansion of land side offerings. “Without the support of the community and sponsors over the years, this festival would not have been able to become what it is today” says Riley.

For a complete schedule and all festival details or for more information, please visit www.HarborDays.com. Find the special event program in The Olympian this Sunday or through the link on the website or pick up a copy at the festival. Net proceeds and suggested donations support Kiwanis scholarships and activities that benefit kids and their families. 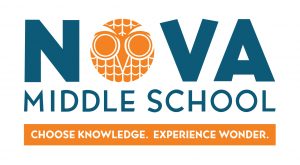