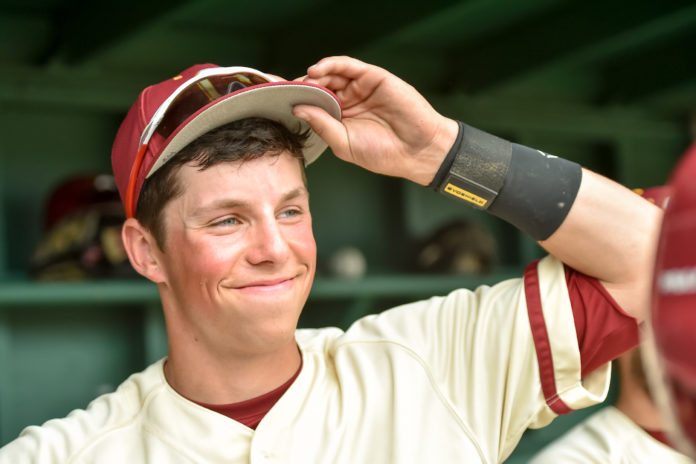 The Capital High School boys baseball season ended Saturday evening with a 11-6 loss to Edmonds-Woodway in Regional State play at Foss High School in Tacoma. The Warriors never trailed after scoring seven runs in the first, off Capital junior Kyle Casperson. Capital ends the year with a 17-8 record along with a shared SSC title and the WCD-SW District Championship.

It was also the last game for Capital’s head coach Jesse Elam who moves on to Rochester as the new Athletic Director. “We just kind of ran out of juice there,” Elam said alluding to their emotional 3-2 win over Lakeside earlier in the day.

Capital cut the Edmonds-Woodway lead to 9-6 after scoring four runs in the fourth inning. Chase Cleveringa drove in three runs with a triple with the bases loaded. There was no come from behind victory again though for the Cougs, as solid play by the Warriors ended Capitals season. This was the first time since 2007 that Capital had advanced out of the first round of State playoffs.