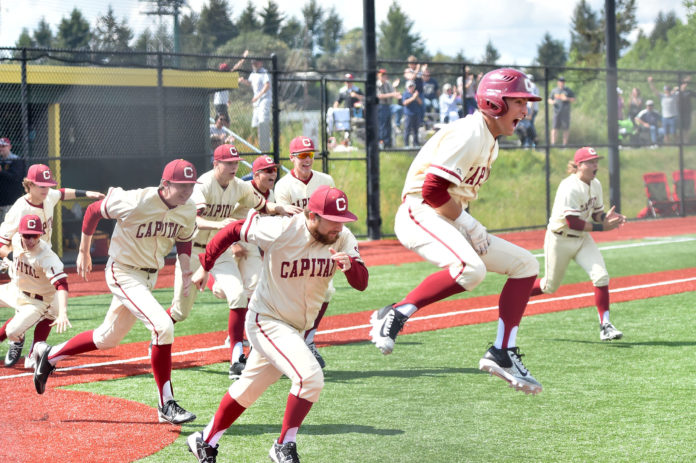 The Capital Cougars defeated Lakeside Lion 3-2 with a come from behind victory in 3A State play Saturday at Foss Stadium in Tacoma. The Lions scored two runs in the first off Senior Brett Stock. Capital had men in scoring position in the fifth and sixth innings but were not able to score a run off Lakeside Starter Jared Feikes.

Capital Junior Kyle Johnson had a two out single to tie the game in the seventh. Junior Zach Burke followed with an infield drive to short but the throw was off the mark scoring Junior Chase Leerkamp for the Cougar win. The Cougars moved on to face Edmonds-Woodway in State Quarterfinal play. Edwonds-Woodway beat Mercer Island earlier Saturday in extra innings 6-3.