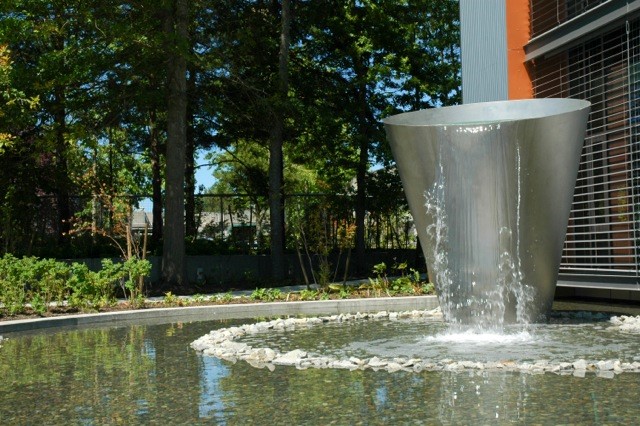 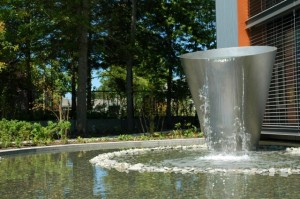 Did you know that the same water you used to flush waste down your toilet is used to irrigate parks? It may sound gross, but our wastewater can be cleaned to a high enough level to be used again. The LOTT Clean Water Alliance’s Budd Inlet Treatment Plant and Martin Way Reclaimed Water Plant treat urban wastewater from the Lacey-Olympia-Tumwater area for beneficial reuse.

Using this high quality recycled water helps preserve drinking water supplies and allows communities to use wastewater as a resource. Understanding how water is cycled through our urban communities is important because it helps us use it sustainably and manage our water resources into the future.

In Thurston County, groundwater wells supply clean water to homes for drinking and household use. Once the water is used, it leaves the household and is sent to either a septic system or sewer collection pipes. Wastewater from residential sources such as sinks, showers, and clothes washers is called grey water because it is less contaminated than wastewater from toilets or urinals, which is called black water.

In the Lacey-Olympia-Tumwater urban area, wastewater travels through the sewer system to the wastewater treatment plant, where it is treated. The treatment process removes pollutants and pathogens that are potentially harmful to the environment and human health. About 10% of that wastewater goes through additional treatment steps and is cleaned to Class A Reclaimed Water standards*.

Reclaimed water produced by LOTT is safe for public contact and can be used for a wide variety of beneficial purposes. It can be used for irrigation of landscaping, parks, and golf courses. It is also commonly used for street washing, non-residential toilet flushing, dust suppression, and decorative ponds and fountains. 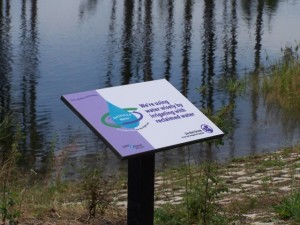 to cut costs for new drinking water resources and infrastructure. And, while we get more than our fair share of rainfall throughout the year, the Puget Sound region is still susceptible to drought periods and water shortages. Using reclaimed water ensures a more reliable water supply for potential drought seasons and for a growing population.

LOTT was just recognized by the WateReuse Association with their 2013 Public Education Program of the Year Award for the new East Bay Public Plaza. The plaza, and its reclaimed water features, was voted the most innovative public education program across the country aimed at developing a better appreciation of water resources, management, and conservation.

Within the next 20 years, Class A Reclaimed Water will be available to more portions of Lacey, Olympia, and Tumwater. The three cities may be working with many other businesses, industries, developers, and public agencies that are potential users of the water.

*The State Departments of Health and Ecology define four classes of reclaimed water—A, B, C, and D. The LOTT Alliance produces only Class A Reclaimed Water, the highest quality.

Joint Animal Services Adjusted Services and Availability Due to COVID-19

Full body stretching and ways to end pain and stiffness by our massage therapist from Penrose & Associates Physical Therapy. EVERY Tuesday 3-4pm virtually May and June. email info@penrosept.com for registration and email link to[...]
View Calendar