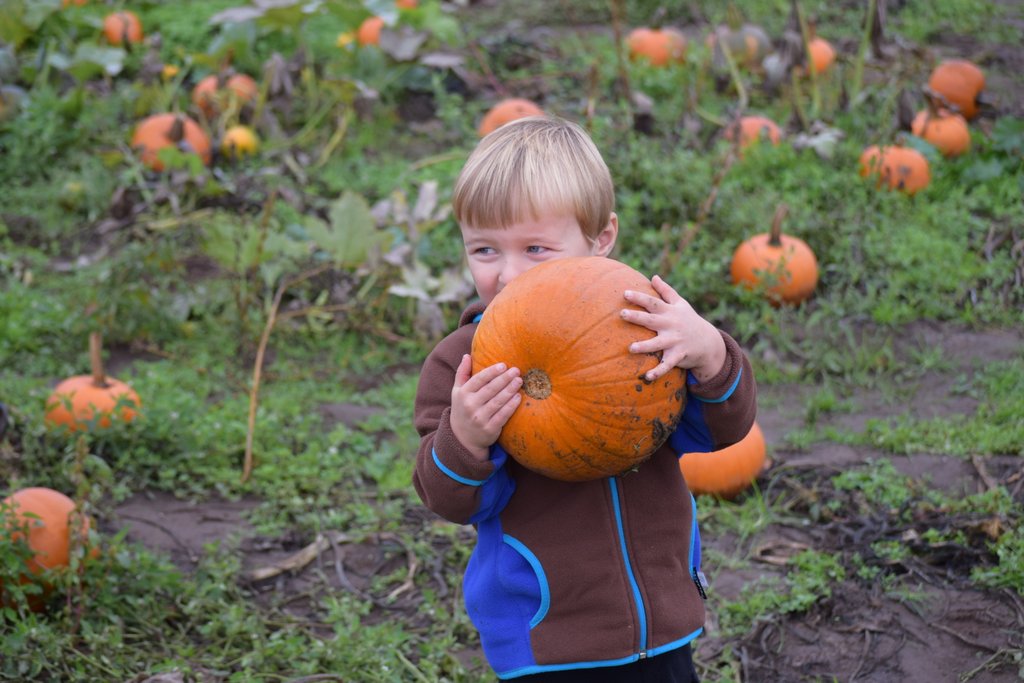 Each year, my neighbor throws an awesome pumpkin carving party. She lines her kitchen floor with plastic, plunks down the pumpkins, and everyone goes to town. The results are always fabulous—a fairy house, a ghoulish face, a castle. 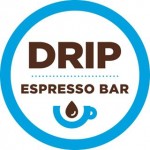 While the carving (and the roasted seeds!) are a big part of the fun, picking the perfect pumpkin is just as important, and requires forethought, a pair of boots, and a little inspiration.

As its name suggests, Rutledge Corn Maze is well known for its maze – one that changes every year. From Marshawn Lynch to Twilight, the theme always delights. This year, the aerial view shows a pair of German Shepherds. During the day, lots of kid-friendly activities take place, such as story time with Spookley the Square Pumpkin, corn hole, and swings. For those looking to be spooked, the haunted maze awaits its victims. Zombie Paintball Apocalypse takes the mazes to another level, where hunting zombies isn’t just for television.

Pumpkins, apple fritters and baby animals – what more could you ask for from Lattin’s Country Cider Mill and Farm?

Is it the sweet and sticky apple fritters and award-winning cider? Is it the animal train, wagon rides, and fields of perfect pumpkins? Maybe it’s all the cute animals. Whatever it is, Lattin’s Country Cider Mill and Farm has the formula for fall fun down to a science, and they have for years. Nearly 60 years old, the farm prides itself on community engagement, including donating leftover apple fritters to surrounding fire stations as a thank you to those who serve.

The theme of Schilter Family Farm’s corn maze this year honors one of the Seattle Mariner’s all-time great outfielders, Ken Griffey, Jr. You can wear #24 and show your Griffey pride while you get lost in the maze. A true kid-friendly farm, Schilter has all the goodies of farm animals and hay bales, as well as a big sand play table and playground. Oh, and did I mention? They also have a corn cannon.

Pillow jumps, camel rides and ATV adventures are part of the fun at Hunter Family Farm. Other features include a carousel, a pumpkin sling shot, kiddie trains, and a just-bumpy-enough tractor ride to the pumpkin patch.

Thrifty Thurston highlights inexpensive family fun in Thurston County. The weekly series focuses on family-friendly activities throughout our community. If you have a suggestion for a post, send us a note at submit@thurstontalk.com. For more events and to learn what’s happening in Olympia and the surrounding area, visit our complete event calendar.