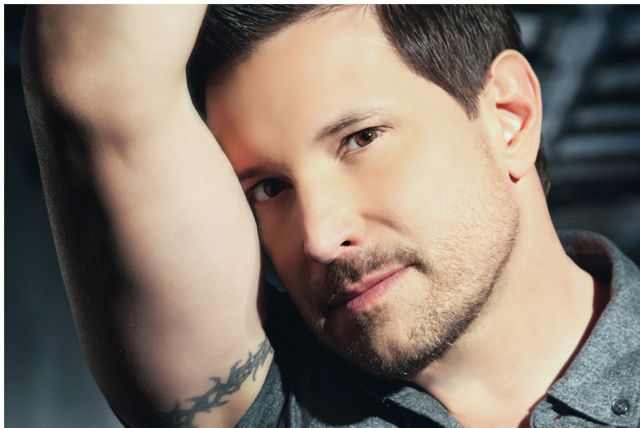 Garth Brooks summed it up: “True country music is honesty, sincerity, and real life to the hilt.”  It’s a celebration of everyday struggles and successes, dusty boots and muddy dogs.  In a nutshell, its music everyone can relate to.

On Saturday November 8, Ty Herndon will bring his soulful blend of country, gospel, and heartfelt originals to the Lucky Dog Casino in Skokomish.  For two shows, you can experience classics as well as songs from his new album “Lies I Told Myself,” released in 2013.

The voice behind nearly a dozen albums, Herndon’s latest is his first country album since 2006.  The album’s title refers to his addiction recovery and, as he said in a recent interview, “addiction has cost me a lot in my life.  And because of addiction, I told myself a lot of things that weren’t true.  And in recovery, I have seen absolutely the light of the truth.  But I don’t know that I really consider this song a recovery song.  I just consider it a song of truth.  I’ve had to deal with getting my life together, so that I can be the artist that I am today.”

Since getting back on his feet, Herndon has participated in fundraisers for the Make-A-Wish Foundation, St. Jude’s Children’s Research Hospital, the Special Olympics, the Drug Abuse Resistance Education program and the CVS Pharmacy’s ALS fundraiser.

Herndon’s authenticity will be highlighted by the Lucky Dog’s up close and personal setting.  Jonathan Schmitt, who helps with casino marketing, loves that the “Lucky Dog Casino’s event center is a small intimate venue with big acts.  The venue holds less than 300 people so every seat has a great view of the stage.  The acoustics are fantastic and the experience is as though you are hanging out with the performer.”

Herndon himself is known for “goofing around with the audience between songs in concert making every attendee laugh. Even in a genre that already prides itself on relatability, he might be the king of connecting.”

This stop is part of a multi-city tour, which covers stops from our area throughout the country.  He’ll play in Nashville, Flagstaff, Carlsbad, Kalamazoo, and even Ketchikan Alaska.  Says Herndon, “We have worked a lot this year.  That’s the great thing about country fans.  You can tour and work as much as you want to.  I love it.”

There was a time when we were playing so many cities that I never knew where we were,” Herndon continues. “I take the time these days to be a tourist as well as a traveling musician.  I get to travel the world with my job.  That’s pretty cool.  [This] will be our only stop before we start our Christmas shows in December.  I wish we had more shows in the area.  I love this part of the country.”

Singer-songwriter Hunter Hayes once said, “Country music busts the wall between performer and audience.  There’s a connection because there’s a vulnerability, a confessional quality, to so much of the songwriting.  Those lyrics take you in.”  Come enjoy an up close and personal evening with one of the industry’s most approachable stars.