For the first time in school history Rainier High School has a team state champion. The Mountaineers boys track and field program accomplished the feat after capturing the Class 2B state track and field championship at Eastern Washington University.

“It really was a special moment,” said head coach Rob Henry. “We’ve had a lot of people reach out to congratulate them. It really means a lot to the Rainier community. This senior class was truly remarkable and not just athletically. In 25 years of coaching, they are one of the best groups I’ve been around.”

As expected, senior Jeremiah Nubbe, the nation’s top discus thrower who is heading to the University of Texas, won two state titles—discus and shot put—and was second in the javelin to lead Rainier to a comfortable win in the team standings over runner-up Davenport (67-55).

While Rainier was winning state title No. 1, the Pope John Paul II girls’ team was capturing their first crown in program history, winning the Class 2B state championship. Senior Clare Kondrat was first in the 3200, second in the 1600, fourth in the 800 and ran the final leg of the Eagles’ 4×400 relay team, which placed second in the final event at that meet to clinch the team title.

“It was quite surprising actually,” said Pope John Paul II head coach Larry Weber about his team’s state championship after placing third at the district meet. “I really think everyone outperformed. It was amazing. It was just one of those days where everything came together. We’ve never talk about winning around here. We always want everyone to focus on improving and doing their best. If they do that everything else takes care of itself. The concept has always been to leave nothing at the finish, and that’s what they did.”

Nubbe went out in style during his final high school meet, breaking the all-classification state meet record in the discus with a throw of 203 feet, 7 inches. The previous benchmark was 195-00 set by Chelan’s Jose Padilla in 2016. Nubbe set the state discus mark earlier in the season with a throw of 207-04 to break the 25-year-old record.

“Jeremiah is a big-time performer,” Henry said. “He really got the crowd going. I’ve never seen that many people come over and watch someone throw the discus before, and he put on a show for them. What a way to end your high school career.”

Harbor Lees rounded out the list of Rainier athletes who placed in the top five after the senior collected a fourth in the 100 (11.68).

Pope John Paul II, which won the 1B/2B girls cross country state title in the fall, added the 1B girls state track and field championship after edging DeSales (65-60) in the team standings.

“We entered the last event knowing we were five points ahead of DeSales,” Weber said. “It all came down to the (4×400) relay. If something happened to us and (DeSales) placed high it could mean the state title, but the girls were so focused. It all started with Moriah. She ran such a great first leg it really set the tone for the entire race.”

The Pope John Paul II boys placed third at the 1B meet. 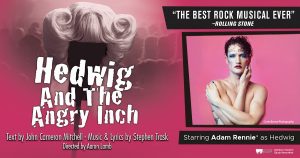 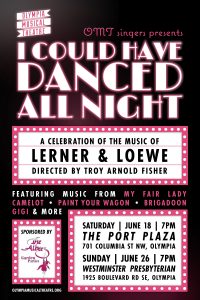