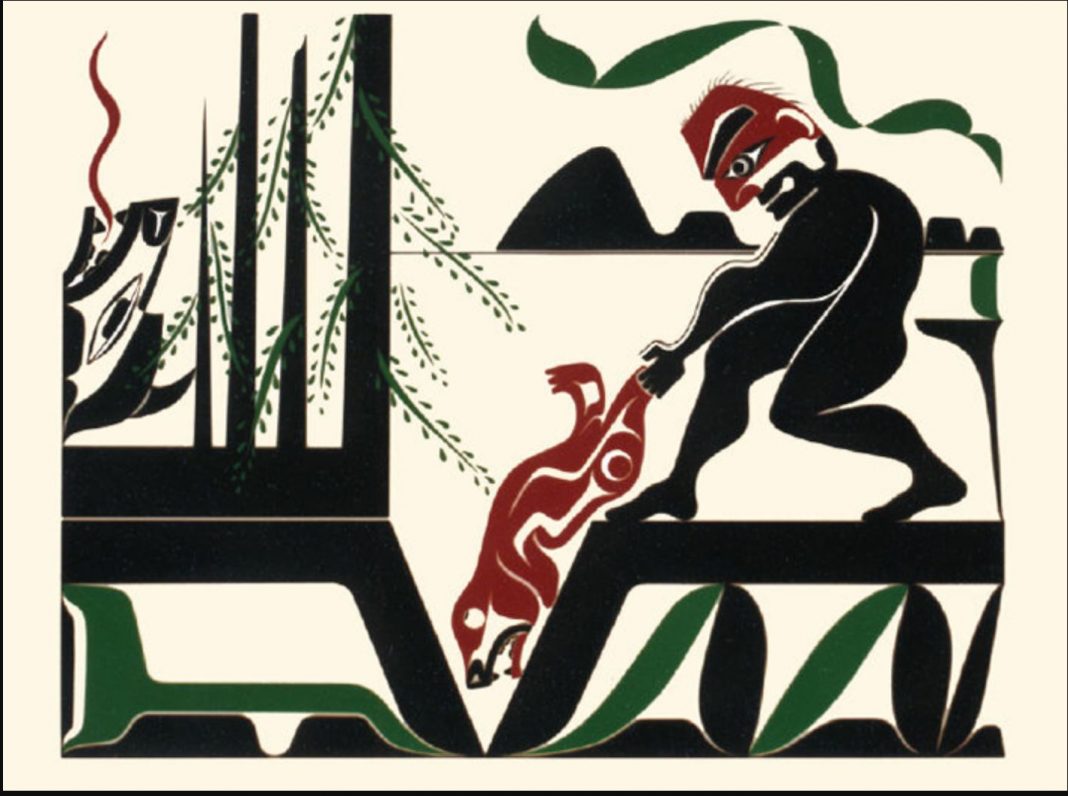 Colfax and Wilbur-Sigo will present an overview of their practice, with a conversation followed by Paul Nicholson and Helen Carlson, who have worked with Northwest artists for close to 40 years, producing their work. The show will be presented by Evergreen’s Longhouse Education and Cultural Center.

“The gallery features some of the best examples of printmaking from the Northwest region,” said Evergreen faculty curator Mario Caro.

Colfax is considered a master Makah carver. He taught Native American Studies at Evergreen and his art work is present throughout the Evergreen Olympia campus. He was recently commissioned by the city of Tukwila to produce a fifty-foot carved and painted cedar mural as a public art project for Tukwila City Hall. Currently, his work is featured in Stonington Gallery, the Seattle Art Museum and Steinbrueck Native Gallery among many other galleries in the region.

Andrea Wilbur-Sigo has gained national acclaim for her carving.  From Squaxin Island and the Squaxin Island tribe, she is renowned for her formline design. Her work is sought after by galleries, museums and collectors throughout the United States, Canada and Europe.

Both artists’ work are on display at Evergreen until March 22.