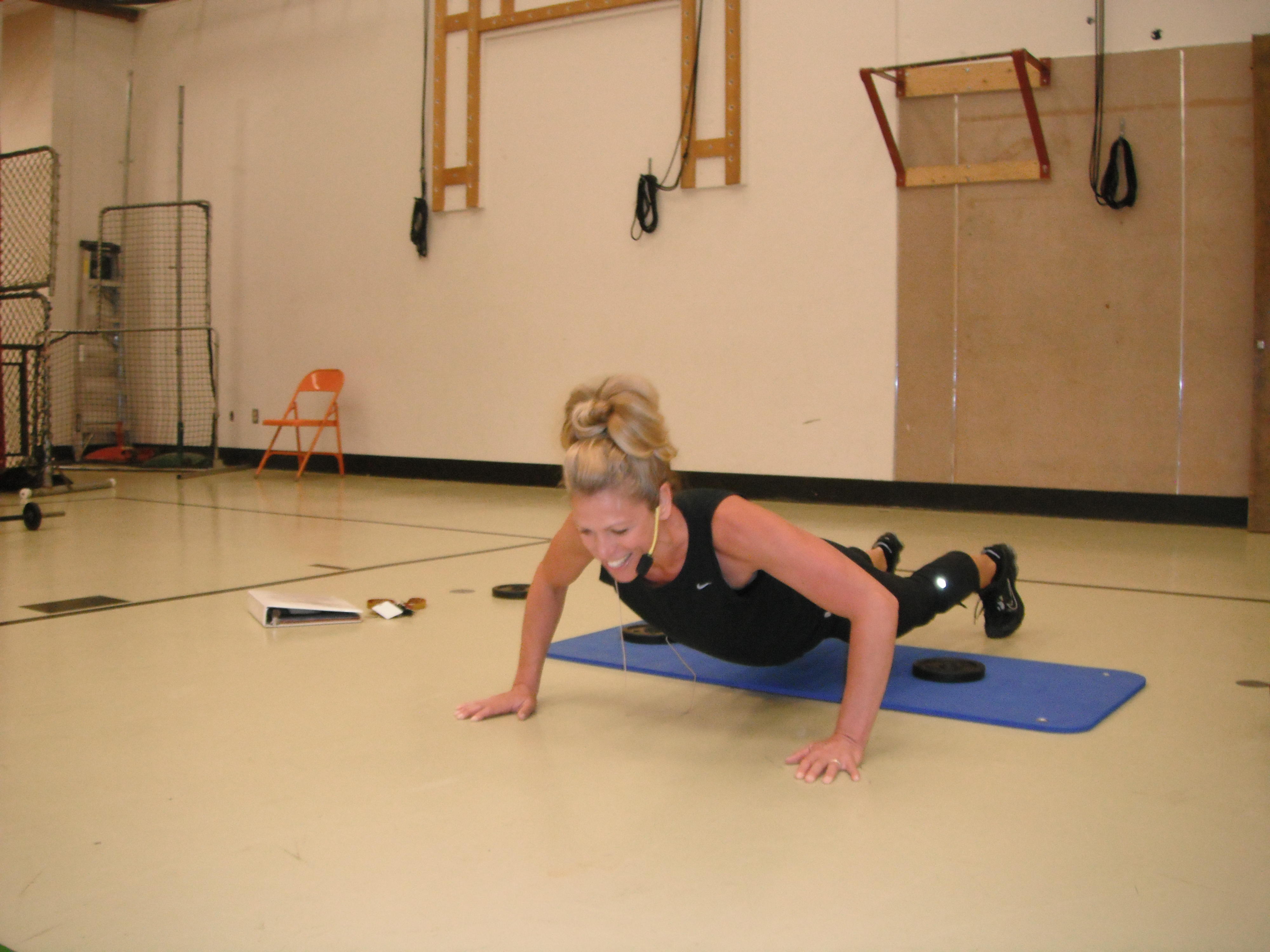 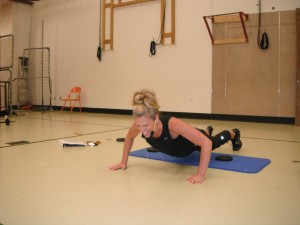 Sally Otton is the coolest P.E  teacher – EVER. Actually, I know a lot of cool P.E  teachers, but she’s the only one that gets referred to lovingly by her students as “Malibu Barbie”…. and that’s cool in a funny sort of way. The kids love her, and I know why. Not only does she exude the positive aspects of physical education, she’s downright funny, sweet and just easy to be around.

Sally is bringing to Capital High School what we adults PAY for in health clubs around Thurston County! These kids are getting Body Pump type classes, Zumba, yoga, and Tuesday Tidbits (helpful  nutrition tips) and she’s rocking it out! The kids are coming back year-after-year because her classes are their favorite elective! They are staying in shape and having fun in the process.

“What don’t I like about Ms. Otton?!?”  That’s what one student told me when I asked her what she likes about Sally.  Well that’s saying something.  She followed up by saying, “Ms. Otton is a teenager at heart. You don’t have to be cautious around her. She laughs with you like a peer would… AND…she sings to the music and plays good music.” 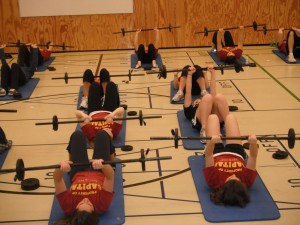 These kids are lucky enough to have not only a P.E teacher but an individual that loves a good workout herself, and has been a part of the health and fitness world for years.  Sally knows that music is so important to motivating kids – and who doesn’t love a teacher that sings along to Rihanna and Fergie?

Sally is such a pro that the kids don’t even know how easy she is making it look! She takes the science of the workout and the technical descriptions of what they should be doing, and puts it in clear, simple and fun ways to understand.

So what does a typical Monday morning weight training session look like at Capital High School? If you’ve ever taken a Body Pump class at your local health club, you would feel right at home. Sally slips on a microphone and get’s the kids warmed-up. Then it’s on to the workout tracks – squats, chest, back, bicep, triceps, abdominals. All tracks are coordinated to music, which I already stated was “cool.” Good music is KEY to a good group fitness class. Not only does Sally sing along, but she also encourages the kids along the way, while giving them technical advice. Who doesn’t love hearing “squeeze the booty on the way up” while working on squats or “ohh, the basement (lower half) take it down slow” while working on bench presses.

Although the class seemed to be about 80% girls, there were a few boys in there pumping iron. Alec Lynch has been taking classes with Sally for 3 years now. The first time he took her class it was an accident, he didn’t intend to take it, and he was the only boy in the class. But now he loves it and it’s his favorite elective. “It’s a good workout and Ms. Otton is a great teacher.”  I couldn’t agree more. 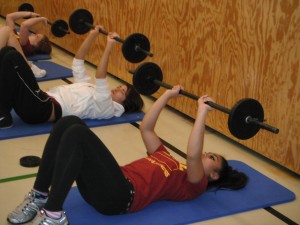 Growing up in Utah, Sally was always an athletic kid. Swimming was her sport in her younger years and she swam competitively in high school, winning state as an individual. After high school she went off to Dixie College and played volleyball, transferred to Weaver State where she met husband Tim Otton, and finished off her degree at the University of Utah. Really, a girl after my own heart….who goes to just one college?!?

She earned a degree in Exercise and Sports Science “a degree with games!” as she tells me, and she and Tim moved back to Olympia. While working at St. Martins, she earned a teaching certificate and Masters in Education, later landing a job at Black Hills High School working alongside two of my other favorite P.E. teachers, Greg Bert and Lisa Summers. (My list of favorites is long, I love P.E!). She’s been at Capital High School for 5 years now and loves it.

If you’ve ever been lucky enough to take an exercise class from Sally while she was teaching at the Valley Athletic Club, or seen her interact with the students, you know that she finds humor in her work, and really enjoys what she does. “Really, it’s pretty fun. The students are great and I feel like I’m making a difference in their lives. ”

Here’s to all the great teachers like Sally Otton who give the best of what they have to offer to their students!