How gifted of a baseball player is Olympia High School’s Aiden Herrick?

So wildly talented that he could have his entire junior season and much of his senior campaign taken away through no fault of his own and still drawn the attention from a Division I program in the Big East Conference nearly 3,000 miles away.

“If it weren’t for COVID,” said Olympia Coach Derek Weldon, “he would have gone down as one of the most decorated players in the program’s history from a statistical, wins and championship perspective. Aiden’s profoundly impacted our program, and it’s been a privilege to coach him.”

As it turned out, Herrick didn’t even need his final two seasons of play to convince the coaching staff at Georgetown University to fall in love with the multi-position player. Herrick signed on to be a Hoya in October, back when there was no guarantee he’d have a senior season.

“Georgetown was a later school for me because of the turnover with their coaching staff,” said Herrick about the Hoyas who popped up on his recruiting radar last summer. “Their head coach reached out to me and I sent him a lot of videos. He talked with coach Weldon and a couple other coaches and it just became apparent that this was the right place.”

After plenty of research into the program followed by a trip to the campus last fall with his family, Georgetown became the easy decision for Herrick.

According to Herrick, who plans to major in finance, Georgetown has informed him they will use him both as a pitcher and shortstop in college – a role he was looking to continue at the next level.

“Aiden is extremely versatile,” Weldon said. “He will go to Georgetown as a two-way player, pitching and playing the infield. His greatest potential is on the mound in my opinion, but he can defend at a high level all over the field and he’s a gritty, productive offensive player.”

Herrick showed just how versatile he was for the Bears early during his high school career, first starting in the infield and earning all-4A South Puget Sound League honorable mention honors as a freshman. The next year he was a first-team recipient as a sophomore during a season in which he was also Olympia’s starting pitcher in the Class 4A state championship game.

“I will never forgot his performance as a sophomore in Everett in the 2019 regional that propelled us to the state finals,” Weldon said. “We played the top two ranked teams in the state. Aiden closed the first game against Skyline and then came right back and threw a complete game shutout against an incredibly talented Federal Way team.”

Herrick’s list of accolades includes being named a 2018 Perfect Game NW Showcase Top Prospect, 2019 Perfect Game Preseason All-American and 2019 Class 4A State Quarterfinal Most Valuable Player. However, his prowess is not just contained to the baseball diamond as he holds a 3.9 GPA while scoring a 1440 on the SAT.

“Aiden is one of the toughest, hardest working, most competitive kids I’ve ever coached,” Weldon said. “He has an unbelievable motor, which has fueled his development both on the field and in the classroom to put himself in the position to have this kind of opportunity at a school like Georgetown.

As a senior, Herrick helped the Bears finish the season with a record of 11-4. The team advanced to the 4A SPSL Final Four tournament where Olympia defeated Curtis, 1-0, in the semifinals before dropping the championship game, 4-3, in nine innings to undefeated Puyallup. Herrick toed the rubber in the final game, pitching the bulk of the contest and giving up just one run to the Vikings’ high-powered offense.

Additional highlights this past season on the mound include combining to throw a no hitter with teammate Sax Matson in an 11-0 win over Graham-Kapowsin. Herrick also played a large role offensively in Olympia handing 2A Evergreen Conference champion Tumwater (15-2) a rare loss on the season as he drove in two runs with a single in the bottom of the seventh before scoring the game-winning run in the Bears’ 5-4 victory over the Thunderbirds.

“It’s been amazing,” Herrick said about his senior season. “It’s been everything I have asked for. We have the best coaching staff in the state and I am so happy I go to high school here and play baseball for this team. Every day this team gives it our all. It’s just been really fun to play with these guys. We’ve been playing together for a long time. Some of the guys have played together since elementary school. I couldn’t ask for anything better.” 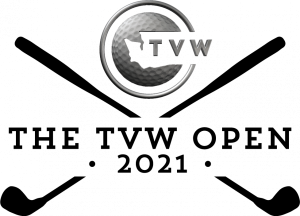 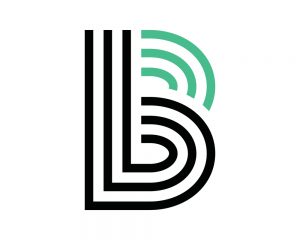