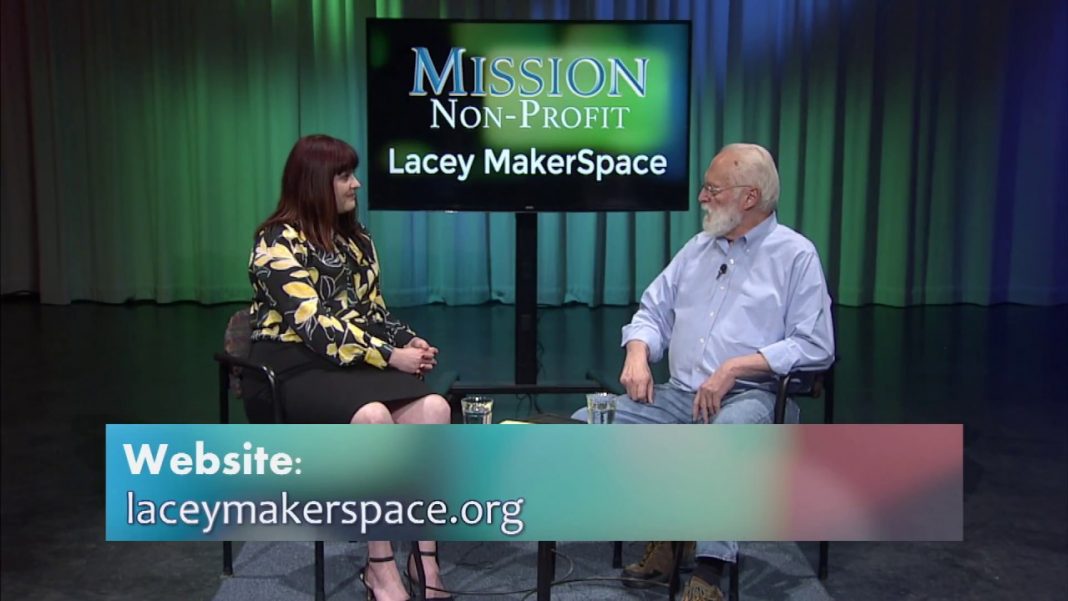 Haven’t heard of a MakerSpace before? That’s okay! Thurston County Media Mission Nonprofit’s Andrea Capere interviews Graeme Sackrison, chair of the Lacey MakerSpace, a non-profit project under the Thurston Economic Development Council (EDC). Located at Zaverl Hall, on the Saint Martin’s University campus and containing more than 4,000 square feet of equipment and tools, it’s about to become the hub for people to meet, learn, exchange ideas, and create. Most of the equipment will be for woodworking and metal crafting, and many of them are computer driven. The space will be ADA accessible as well.

The catalyst behind the Lacey MakerSpacer was something Sackrison heard BOEING say at a school director’s conference. “They described how their workforce was aging out and the new people coming in lacked hands-on skills,” Sackrison explains. “So coming back from that we pulled together half a dozen or so people and said ‘Are we experiencing this in other business and industries?’ And the answer was yes.”

So the answer to that, was the idea for Lacey MakerSpacer – a place where people could learn new skills and advanced in ones they already have. The space is open to the public, whether it’s someone who just graduated high school, veterans transiting from the military, entrepreneurs, or hobbyists just having fun.

Tools metalworking and woodworking, including 3D printing, laser cutting and engraving, welding, etc., will be available for public use. “They usually operate somewhat like an athletic club,” Sackrison says, “you pay a monthly fee and you have access to the equipment to whatever projects you want.”

They plan on having some classes from time to time, but are also hoping users will get help from each other in a symbiotic relationship that this type of environment fosters. “We believe the MakerSpace will be a transformational creative and educational space for our community.” Michael Cade, executive director, Thurston EDC.

They are still currently looking for business sponsors as well as volunteers for the project. They are hoping for the space to be open by the end of 2018. For more information, visit the Lacey MakerSpace website and follow them on Facebook.