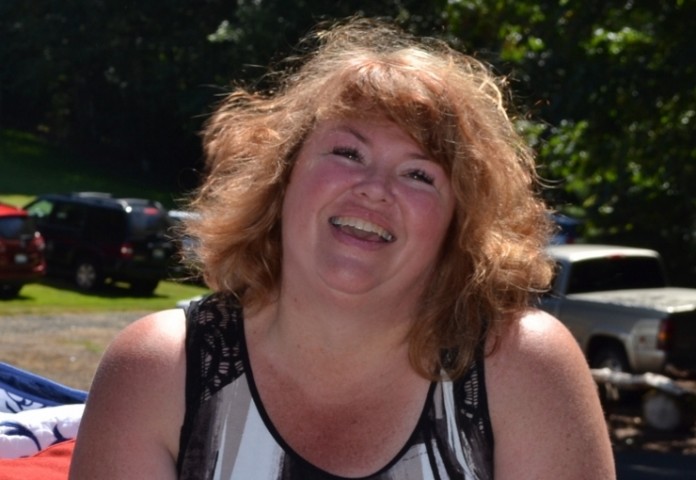 When Kim Showalter talks about the history of Rob Rice Homes, you get an up close and personal account of the company’s foundation, its standards of excellence and the customer care that goes into building every home.

Her father, Dennis Andrews, started Gemini Homes more than 30 years ago, a company that is now Rob Rice Homes, the largest local builder in the South Sound.

Kim has many key roles in that company today. “If it has to do with money, paperwork, contracts or finance, it’s me,” says Kim. “If it is not the actual physical building of a house, the rest of it falls to some degree under me.”

In addition to managing the finances for Rob Rice Homes, Kim co-owns Epic Realty, Inc. with Helena Rice. Epic Realty has for more than 20 years of specializing in marketing new home construction and represents Rob Rice Homes in five of the nine communities where Rob is currently building.

Kim has a calm demeanor, something you wouldn’t expect from someone who works for the area’s premier builder. Perhaps it is because she grew up in the trades. Most likely, it is that she takes after her father who she says was “good natured and laid back.”

Kim has lived here in Thurston County since she was 8 years old. Though her parents’ priority was always her education, she began chipping in to help her father’s company at a young age.

“I used to water lawns and new plants at his new homes when I was 12 years old,” Kim says. “I can roll a hose better than anyone, because that was my Dad’s pet peeve.”

When Kim graduated from Olympia High School, home building was not part of her plans.

“I went to a small private liberal arts school in Salt Lake City called Westminster College, the only one with a program in ‘Applied Politics’ to learn about campaign financing,” says Kim. “It was run by the campaign managers of the largest national campaigns in the country.”

When an internship in a political campaign fell through, Kim enrolled in accounting classes as a back-up and eventually earned her degree in accounting.

She pursued her Masters degree in business administration at Pacific Lutheran University with a thesis on construction management—what she describes as “how to build a house as quickly and efficiently as possible.” While finishing her studies, she worked at her uncle’s construction company setting up his accounting system.

“During that time, my father asked me to come work for him,” smiles Kim. “He needed help updating up his own accounting system and office processes. I said fine, I will come to work for you for six months. That was 27 years ago.”

Kim can tell you about the accumulation of experience through generous mentoring and loyal partnerships that has contributed to what Rob Rice Homes is today— voted the Best of South Sound builder for two years in a row.

In 1985, when he graduated from Washington State University with degrees in construction management and architecture, Rob Rice was hired as a project superintendent by Dennis Andrews. A partnership developed between the two men and when Dennis Andrews passed away, Rob continued to build and expand the well-respected company.

Dennis Andrews had started in construction similar to the way Rob started.

“My Dad’s mentor was Jim Harkey out of King County,” reflects Kim. “Their partnership eventually led to Gemini Homes. That name was a play on ‘Jim and I’.”

“The people who trained me when I was watering lawns for my Dad, still work with us today,” says Kim. “Ernie Unroe started with Gary Mills, the owner of Pacific West Landscaping, when we were both teenagers. He eventually became a full partner with Gary until he passed away. Today, he is an owner of the company that still does all the expansive landscaping for Rob Rice Homes.”

And, the story of mentoring and generation-rich knowledge doesn’t stop there.

“Our highly-acclaimed community storm water ponds and neighborhood layouts are designed by Hatton Godat Pantier, another key component in how we do things,” explains Kim. “I have known Jeff Pantier, our surveryor,  since I was 8 years old when our families would vacation together. Jeff was mentored by his father.”

“Getting the neighborhood layouts and ponds to look so beautiful, function correctly and protect the environment is a challenge,” continues Kim. “But they truly make our neighborhoods unique and are the result of the planning with Jeff and his partners.”

“Construction techniques have changed over the years and homeowners’ expectations of products they want in a house have changed,” Kim reflects. She explains that in the beginning, they sold to different markets.

“We built about 400 affordable homes out in the Meadows area that started at $79,900. We had a waiting line and wrote 30 contracts the first day of one subdivision. It was in high demand in the early nineties when the military was ramping up. We’ve also built high-end homes in Nottingham and The Farm.”

Today, a Rob Rice Home is often the dream home for a move-up buyer with standard luxury features they have always wanted in a home.

“Though our homes still do attract first-time homebuyers, many of our buyers see our homes with all their upscale features as their final home, their last dream home or, what Helena Rice refers to as their ‘forever home,”’ Kim notes.

Kim is also the Homeowner Association (HOA) manager for Rob Rice Communities, helping to maintain the quality and value of the neighborhoods they build. Since 1989, Kim has made every effort to provide the superior customer service so indicative of the company she represents.

“When I have just the name of a homeowner in front of me, I remind myself that their home is often the most important thing for them.”

As she sits in the company’s building on State Avenue in Olympia, Kim sums up how they serve homeowners today.

“At Rob Rice Homes, we all have a true desire to do what is right and it shows in the homes we build. We are the local builder, we are not going anywhere. When there is a problem, you can walk through the door and talk to us.”

Rob Rice is Thurston County’s largest local home builder and was voted the Best of South Sound for 2013 and 2014. He has built more than 3000 homes over the last 30 years. He and his wife Helena live in Olympia with their two sons; Alex Michael and Carson. Rob is a graduate of Washington State University with degrees in construction management and architecture.