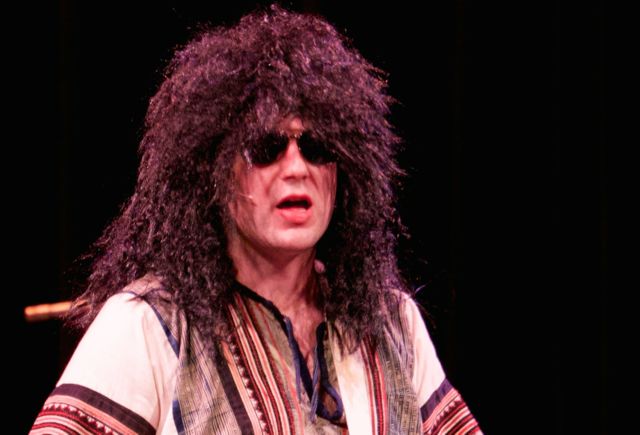 The average age of dentists practicing in the United States is 49.8 years old. With retirement looming for many, a new generation of dentists is entering the profession, and with the new generation comes new ideas, practices and personalities.

At only 31 years old, he’s already in his sixth year as a dentist and coming up on the third anniversary of his practice next month. You may have seen him singing and playing guitar on stage at the Union Gospel Mission’s annual Dental Fundraiser Show at The Washington Center, or enjoying “too many cupcakes” over at Bonjour Cupcakes, owned by his girlfriend, Alex. “It’s not a cupcake-cavity conspiracy at play,” he says, adding that her bakery predates them by a year and that he definitely eats more of them than he should. “The mini ones are great. They are a third the size, so of course I get to have three!”

Dr. Persinger graduated as salutatorian from his high school in Crown Point, Indiana, and went on finish Magna Cum Laude from Butler University in Indianapolis with a chemistry degree. Prior to attending dental school at the University of The Pacific in San Francisco, where he went “because it’s an amazing school and I always wanted to live in a great west coast city,” he found time to learn Spanish in Costa Rica. He also spent a year in China, teaching English at a public university in ZhengZhou, “a city of several million that many people haven’t even heard of.” All of this, he told me, was done with scholarships, student loans, and money he saved from mowing lawns for seven summers as a kid. “I have amazing parents who promoted a strong work ethic, but nobody in my family went to college or was a dentist, so I’m proud to have made it to where I have and to have this practice.”

It was at dental school in San Francisco, on holiday road trips up the coast and in the Cascades, that he fell in love with the Pacific Northwest. He gives some credit to the popular Oregon Trail computer games he played as a kid for first putting our region into his mind. “I love the history of Lewis and Clark, the first transcontinental railroads, and the Oregon and Washington Territories. I think I would have been on that trail back then, I really do, and ended up here.” After dental school he “cut his teeth” back in Indiana for a year, but then decided to follow an opportunity to run a practice near Seattle. He adds, “I knew lots of people in the Seattle area already, but my best buddy from dental school actually lived in Olympia and then one of my best friends from college moved right to Oly to work as a pharmacist for Providence St. Peter Hospital.” As he came down to visit them, he made even more friends in the South Sound and found a perfect fit in this community – it’s size, residents, and proximity to nature.

Professionally, Dr. Persinger first found the Union Gospel Mission’s free dental clinic downtown, and started volunteering and making connections from there. “Such great people are involved with the dental clinic there. They are the only place around that does what they do and it fills a huge void.  Nowhere else I’ve lived had a dental mission, so that really opened my eyes to how special this community is. The fundraiser show is also a blast and raises a huge chunk of the budget the clinic needs to operate. I love getting to work on something fun with other docs too. It’s really an awesome group!”

After several months of volunteering and looking around Thurston County, in early 2012 he had the opportunity to purchase Dr. John Dennehy’s dental practice on Ruddell Road in Lacey. “I can only hope to have a career as solid as Dr. Dennehy’s and to be as beloved as he was here for 33 years. His former patients still ask me about him all the time, and I get to see him fairly often. He just came to the Mission’s fundraiser show actually!”

Dr. Persinger says that when he moved into the building it was essentially a small strip mall with four separate units, the largest of which the dental practice occupied and two of which had been empty for some time. Soon after, the business in the last unit was bought out and he decided to connect all the units into one larger space. Since then he has been working hard to update the building with the hope of making the office more comfortable and attractive, and improving the look and feel of the neighborhood as well. “Only having one business here allows for cleaner signage and design, as well as plenty of parking spaces,” he adds.

“I am renovating the building bit by bit as I can afford it, so I’ve often been here myself on weekends,” he says. “I’ve had a lot of help from friends and family, and met a lot of skilled craftsmen, of course.” Since starting the remodel two years ago, there is a new roof, floors, garden, sewer line, paint (interior and exterior), upholstery, insulation, windows, and, of course, “Toothy,” the big white tooth sculpture he put out front last summer.

“It’s such a great location and a neat, solid building, so it’s totally worth the investment. I plan to be here for decades to come,” he points out. “And, hopefully the giant tooth will be too. People love that, and nobody misses the office now. It’s carved out of a tree stump and I painted and lacquered it. We’ve seen pictures of people riding it. One time we even saw some Lacey police out here taking selfies with it.” He currently has his eyes open for a very large Santa hat to put on top for the Christmas season.

As Jared showed me throughout the practice, pointing out modifications and upgrades, he mentioned that this approach to remodeling is like how he approaches his patient’s dental needs. “Most people can’t afford to do everything all at once, nor could I, so we prioritize and we work with what we have,” he explains. “A dozen implants might be perfect for you, but honestly I’d rather offer options that include something you can actually do to improve your oral health. Being savvy to things like smart phasing, splitting treatments between insurance calendar years, and being an in-network provider can make treatment possible for a lot of people who haven’t found it possible before.” Dr. Persinger can also do most procedures in-office, including extractions, root canals, and implants.

As Jared settles into his practice and prepares for a fourth year providing dental care to Lacey and Olympia residents, he adds, “I’ve gotten to travel all over the world, and it is Thurston County that that I chose for my home. This is an amazing place that offers all I could ever want and I’m so happy to be here.” And we are happy to have him, hopefully for many years to come, making people smile, playing guitar, working down at the Mission, and trying to better the community.