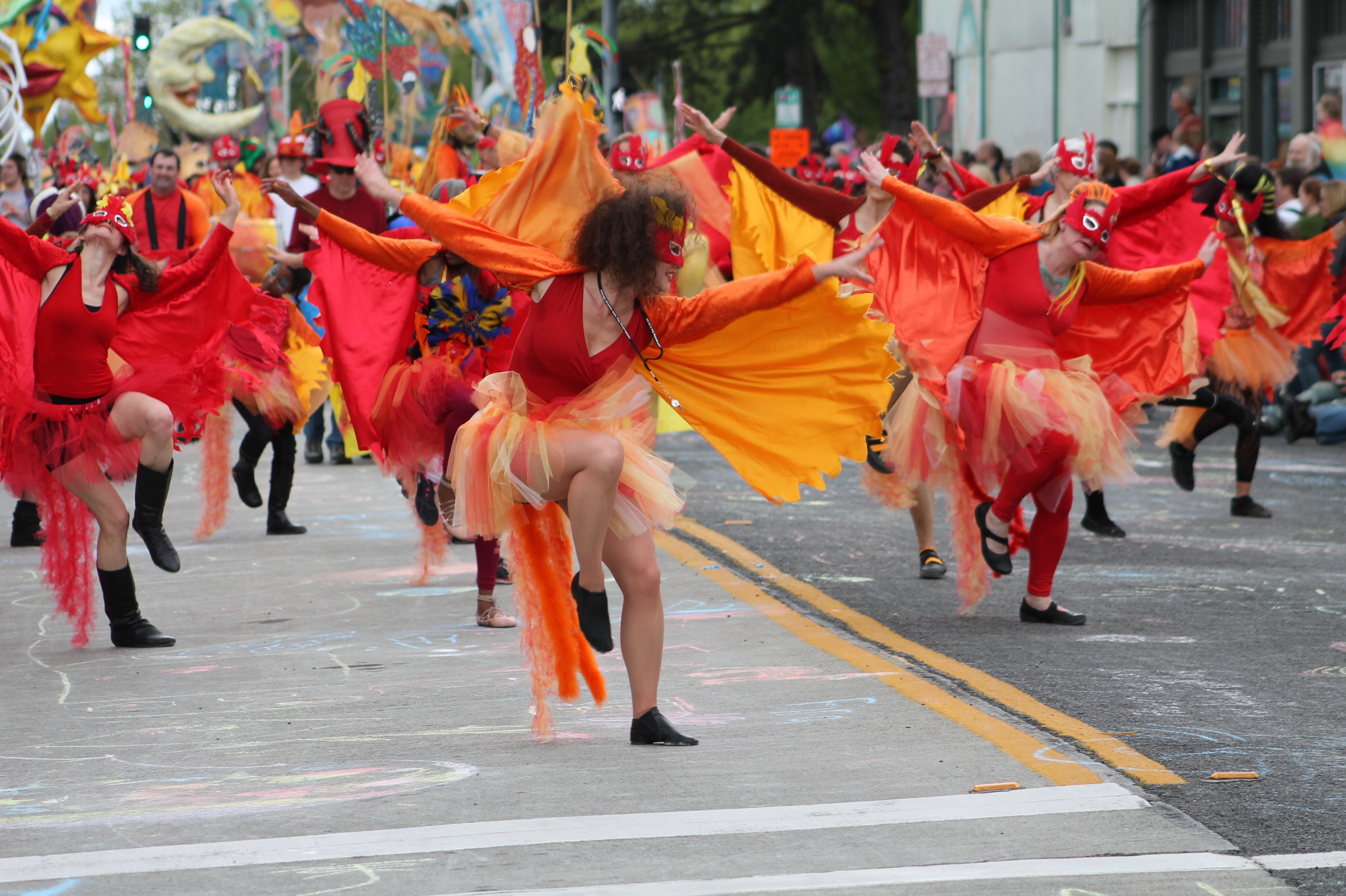 Travelers have been eschewing tourist traps for decades, seeking out authentic experiences, eager to connect with real people and take part in something non-generic that’s outside their daily routines.

The desire gave rise, many years ago, to “cultural tourism,” a concept that re-frames the typical itinerary, defining must-visit spots as those that reflect a region’s culture and lifestyle rather than a string of visits to souvenir shops and imposter restaurants.

The challenge according to Procession of the Species Celebration founder and organizer Eli Sterling, is that travel focused on culture soon becomes part of the problem, unintentionally stripping cultural experiences of uniqueness, by way of demand. Think of an indigenous basket weaver who no longer weaves at home in the early morning but in a market stall, during hours when it’s convenient for tourists to come and watch.

A counter-response prompted a National Geographic employee to coin the term “geotourism” in the late ‘90s. It defines a “tourism that sustains or enhances the geographical character of a place – its environment, culture, aesthetics, heritage, and the well-being of its residents.” (A separate use of the term refers to travel focused on landscape and geological features.) National Geographic later expanded the concept and adopted a 13-principle Geotourism Charter that details values such as integrity of place, community involvement and conservation of resources.

In 2010, the organization released their Central Cascades Geotourism MapGuide, a publication that earmarks sites and practices in our region that reflect these principles, including the annual Procession of the Species Celebration. The Procession has been described as “the ‘crown jewel’ and ‘quintessential event’ characterizing the personality of Olympia.” 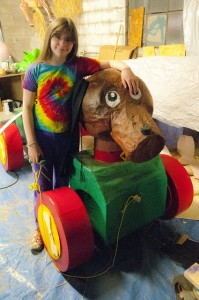 Sterling says the designation on the map fits the philosophy behind the celebration, which he envisioned as a vehicle for developing “a cultural exchange as opposed to an entertainment event, with a dynamic necessitated on an annual renewal of community engagement, authentic contribution, and meaningful participation in a manner that reflects people’s personal experiences of the landscape where they live.” This creates an exchange of creativity and story, and that is where culture resides. At the same time, the Procession is not a prescription: ‘You can’t just tell people ‘here’s the culture and this is how you have to do it.’”

Laura Killian has been participating in the Procession, and helping define its culture, for seventeen of its nineteen seasons. Killian teaches papier-mâché workshops at the Community Arts Studios and in years past has made a giant pull-toy dachshund, a fox, twenty-eight wild dog masks, a fake-cedar wolf mask and a winged pig, among others. Her kids, now ages fourteen and eighteen, grew up in the studios, busy with their own projects. Last year Killian helped her son with their biggest yet, a thirteen-foot T-Rex skeleton puppet.

Asked why she takes part, Killian says, “I love doing something that hasn’t been done before, where nobody knows if it’s even possible and there’s no textbook that has answers in the back. I love working with my friends and family to make their craziest, prettiest, most ambitious ideas come to life. I love the beauty and color and action of it all. I love ruining the idea that art is a spectator sport. I love being the opposite of television.”

Multiply Killian’s enthusiasm by 3,000, the average number of annual Procession participants, all carrying batiked banners, bedecked in homemade costumes or balancing giant puppets that celebrate the Earth. Another 30,000 people fill Olympia’s streets and sidewalks, chalking the pavement with a mosaic of swirls, suns and floral designs. 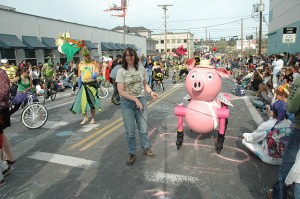 Sterling, who has a master’s degree from The Evergreen State College in environmental studies with a focus on the Endangered Species Act, culture and travel, says the Procession is based on this spirit of creative collaboration and sharing.

“If you provide people with the opportunity to have a creative relationship with where they live, they will naturally gravitate toward sharing their experience of that place,” he says. “When people share what they cherish about a place, then they’re going to be far more protective of that place. So the goal of the Procession is to get people in the urban corridor into creative relationships which translates into sharing” and into a stronger community identity.

Evidence that the concept works isn’t limited to the number of local participants: Olympia’s celebration has inspired similar programs in other cities in the Northwest, and a handful of communities elsewhere in the nation and in Canada.

The Procession grew out of a twenty-year-old conversation surrounding protection of endangered species and the involvement of community members with the natural world and with one another.

“We recognize the inherent polarization that accompanies a civic dynamic that separates its policy from its culture,” says Sterling. They created a framework comprised of only three rules, intending to place parameters on the event without restricting creativity. 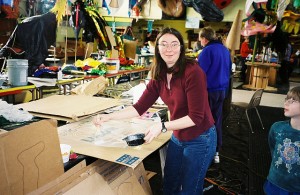 Written or spoken words, as well as symbols, are prohibited. The Procession’s most impactful rule disallows participants and attendees from advocating any political, religious or ideological cause. It also prevents the usurpation by event sponsors who may wish to monetarily support the Procession in exchange for advertising their investment.

“Perhaps more than at any other time in history, the reality of our culture resides in our conversations. Whoever holds the greatest influence upon the faculties of media and communication holds the greatest influence upon the conversation that informs identity,” says Sterling, who wants the celebration to continue to “generate an open invitation for anyone who wishes to participate in a pageant of appreciation and protection of the natural world.”

The remaining two rules are designed to help people be full participants, focusing their attention on the people around them rather than the family pet or a mechanized float: no live animals and no motorized vehicles are allowed in the Procession. (Motorized wheelchairs don’t fall into this category. Those in wheelchairs are warmly encouraged to participate.)

The 19th annual Procession of the Species Celebration takes place this year on April 27 at 4:30 p.m. in downtown Olympia.

To join in and get started on a costume, mask or banner, head down to the Community Art Studios.

Realize Your Best Life with Duncan Integrative Medicine in Olympia