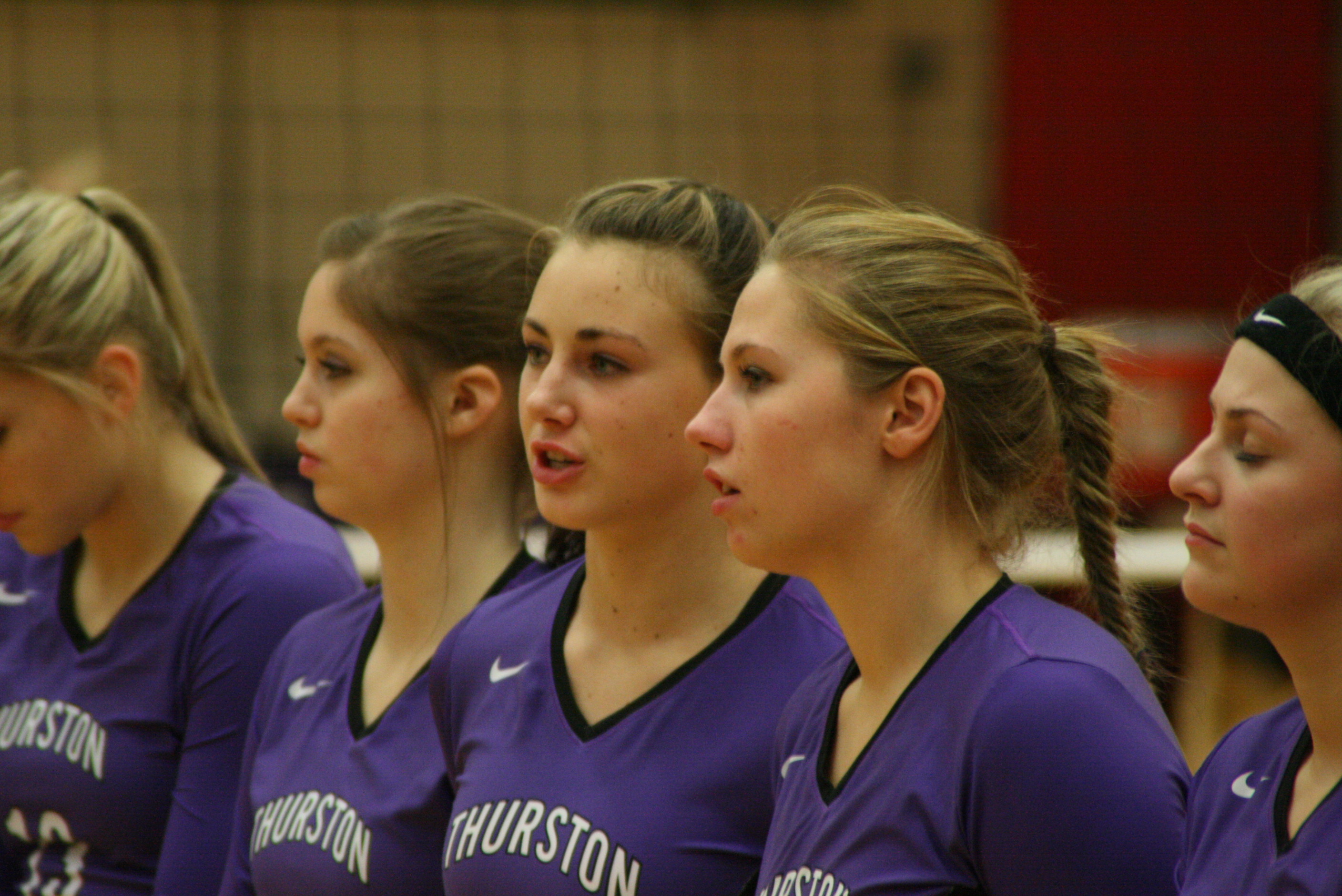 A week ago, the North Thurston High School girls volleyball team was down to their last point in a loser out game against Enumclaw High School in a district tournament for 3A volleyball.  On Saturday night, just a week later, the Rams entered Marcus Pavilion on the campus of St. Martins University to a large, hometown ovation, as they prepared to face off against powerhouse Prairie High School in the 3A state title match.

The Rams were not able to overcome Prairie’s size at the net, as North Thurston fell 3-0.  However, the Ram’s earned a second place finish in their first state tournament appearance in head coach Micah McBride’s 13-year tenure.  “It’s fun making the tournament,” McBride joked after the match.  “But what a team we had and a run we went on.  The girls were amazing and so positive.  What a group of girls.”