The Tumwater High School Football Team (4-0, EVCO) heads into Saturday’s showdown with Steilacoom High School (3-0, SPSL) having only 10 points scored on them this season. Tumwater sports a 210-10 point differential going into their final game. 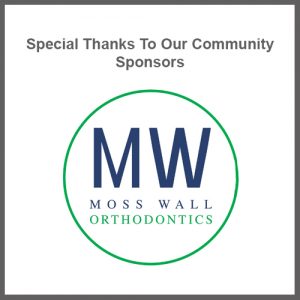 Tumwater’s defensive line provides a solid core supporting the entire team. The line is built by a group of talented junior and seniors that anchor a defense built on experience and friendship. Seniors Max Henry, Jacob Schuster and Cooper Wall, along with Junior’s Ryan Otton and Austin Terry, lead the line.

All five of the linemen credit the Tumwater coaches for the reason for their unity and success. Tim Otton is the defensive coordinator and works with defensive line coach Rick McGrath and his assistant Willie Garrow.

Leadership and excellence are modeled. “No one loves Tumwater or Tumwater football like he does,” stated senior defensive end Cooper Wall about defensive line coach Rick McGrath. “It is awesome playing for McGrath because he’s always thinking about what is best for each player. He thinks about us and prepares hard so he can get us ready.”

Senior nose tackle Jacob Schuster appreciates the lessons he has learned from his coaches. “It is just a great opportunity playing at Tumwater,” Schuster remarked. “Coach McGrath doesn’t just emphasize the football parts of the game but also the fighting parts. It not always going to be football, but it’s going to be life and he has taught us lessons for on and off the field.”

Schuster is excited to be headed to the University of Minnesota after his senior season, but is focused on the game and rivalry with Steilacoom. The teams last met in the 2A State Final in 2019 where Tumwater defeated the Sentinels 48-34. Steilacoom is riding high after a close win against Lincoln last week at home.

The T-Birds and Sentinels have met often over the past years, which has fed the teams intense matchup battles. The schools are only separated by a 30-minute drive on Interstate-5. Besides the 2019 State Final the teams have also had exciting games including a State Semi-Final in 2017 (23-13 THS) and Steilacoom’s first win over Tumwater 33-23 in October of 2016.

All of the linemen are ready to work hard and work hard for each other when they host this Saturday at 6 p.m. at Tumwater District Stadium.  “When we are at practice we always talk about five cores,” stated senior Max Henry.  “Fight – Compete – Family – Have Fun and D-Line. That is how we pick each other up. We look out for each other.”

Junior defensive ends Austin Terry and Ryan Otton recalled the leadership and lessons they learned as underclassmen. “The D-line is like a brotherhood thing,” Terry stated. “Everyone has each other’s back. Jacob and Coop brought me up and taught me the ways. We are all super close now.” Both Terry and Otton have several Division One offers going into their junior seasons and they both happen to split time as defensive ends and playing tight end on the offensive side of the ball.

Tumwater’s Defensive has not been challenged often this year. They trailed Prosser 0-10, March 6 at Prosser. “It took us some time to figure them out and get the lay of the land, recalled Cooper Wall. “We will be ready for Steilacoom Saturday because we know how to fight,” stated Wall, who heads to Division One Dixie State University in Utah next year. “It is a brotherhood. We’re all friends and we’re really competitive and it’s a fight every day for us. Fighting as hard as we do at practice makes games better. I know there are four guys on the line that always have my back.”

For T-Bird nation, Saturday will end the year on a COVID inflicted season. As taught by their coaches, lessons learned on and off the field hopefully will continue to build character and determination during Saturday’s game and for the future for each student athlete.