In the face of COVID-19 and recent stay at home order, parents and guardians may find themselves looking for activities that not only keep students engaged, but also provide information about local environmental science and concerns. In our South Sound GREEN Home Based Science Project series, we will introduce and demonstrate various hands-on and at-home activities for children of all ages to do either indoors or outside!

This time, we are learning about the world of invertebrates by pretending to be one at home!

Salmon, as we have discussed in earlier ThurstonTalk articles, are a very important native fish species here in the South Puget Sound region. Even though salmon live underwater, are covered in scales and slime, and breathe with gills, they’re actually a lot more similar to humans than you might imagine. That’s because both fish and humans are vertebrates, which means that they both have a backbone, or spine. Backbones are very important for animals, as they provide a lot of structural support for their bodies – imagine how hard it would be to move around without a spine! Reptiles, amphibians, and birds are also all vertebrates. But what about animals that don’t have this backbone? How do they move around or function?

Some of these invertebrates that are particularly important for salmon are called benthic macroinvertebrates, or stream bugs. Benthic means that they live on the bottom of the seafloor or riverbed, and macro means that they are pretty small but still large enough to be seen by the naked eye. One reason that stream bugs are so important to salmon is that young salmon often feed on stream bugs after they move out of their alevin stage. Another is that stream bugs can give scientists a better idea about the biological health of a stream or river. Certain stream bugs are considered to be tolerant of pollutants, while others are considered to be sensitive to pollutants. If a scientist conducts a stream bug survey and finds only bugs that are tolerant of pollutants, it could mean that the stream contains a lot of pollutants and may be unhealthy for salmon. At South Sound GREEN, we frequently lead stream bug labs with students to explore the benthic macroinvertebrates that live in our local waterways and assess the health of the water for salmon!

Because these creatures do not have a backbone, they need other strategies to move around, stay protected, and do everything else necessary to survive. In this activity, you will be pretending that you’re the benthic macroinvertebrate and trying out (or trying on) some of these strategies yourself! 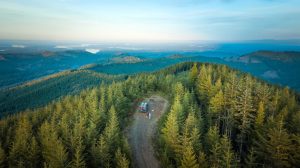 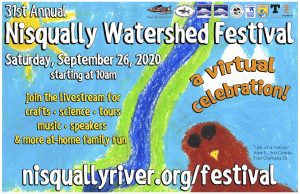