If you visit Tenino, you may notice a growing number of quality handcrafted wooden wayfinding signs. Signs range from the imposing entrance to the Tenino City Park to small yardarms on the main street that point the way to city hall, the library and the museum. The artist behind the signs is Shawn Hickox. 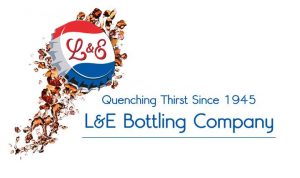 Shawn’s exposure to art started at home as a child. Shawn’s mother was a talented water color artist and his older brother became a watercolorist as well. Shawn was inspired by watching his mother work. Though born in Olympia, his family moved up and down the West Coast during his formative years and consequently he changed schools many times.

“Art was a salvation,” explains Shawn. “It helped me cope with that.”

Shawn now makes Tenino home, but one of his earliest experiences of the town was in 1969 when at the tender age of 16 he went alone to the infamous Sky River Rock Festival and Lighter than Air Fair, just north of Tenino. The experience was eye opening.

“There were nudes everywhere and drugs,” laughs Shawn. “It was incredible. I enjoyed the music. That was quite interesting. All these people were selling drugs and I was like ‘no thanks, no thanks.’ I wasn’t into drugs. I had never seen live music before. I didn’t stay the whole day…I was a little intimidated. I was definitely one of the younger kids there. Just on the verge of being able to cope with it.”

At 17, Shawn started work in a sign shop in Tacoma called American Outdoor Advertising that specialized in wooden outdoor painted signs. He spent his Saturdays learning how to do those. That training kickstarted Shawn to create his own signs. He worked for other companies over the years, learning as he went, but always went back to working for himself.

“I started doing signs, just walking up and asking people if they needed signs up until about 10 years ago. Then I started getting patrons that wanted carvings.”

Through Shawn’s breathtaking carvings, the influence of Native American and Egyptian art as well as Art Deco are evident. For example, Shawn is skilled at creating totems for clients, but he does it in his own style. He has a high appreciation for true native American totems and the process by which they are created. Shawn starts his creations with a chainsaw and then moves on to chiseling, while Native Americans begin with chisels.

You won’t find Shawn’s artwork in any galleries since he works on commission and collaborates with clients to create his art. But you can get an intimate look at Shawn’s artistic process through the photographic lens of his neighbor, Bruce Thomas.

“When he moved in,” explains Bruce, “I quickly realized that the work he was doing in his garage-shop was art of a high order. Being an amateur photographer, with his permission, I began to document some of the projects he undertook for his private patrons.”

To see Bruce’s gallery of Shawn’s work, check him out on Flickr.

Shawn and his partner Rose moved to Tenino almost five years ago and by that time he’d had a lengthy break from sign making while creating carvings for his patrons.

“My partner Rose noticed an article in the Tenino Independent,” recalls Shawn, “about planned improvements in Tenino, and signs were mentioned. So, I wrote an introductory letter to mayor Wayne Fournier. He said, ‘Let’s talk,’ and I showed him what I had done in the past. The project design started with pencil drawings.”

At some point in his career Shawn lost his appreciation for seeing his sign work, but he found the Tenino job gratifying. It had been 8-10 years since he had done signs so he enjoyed this project, and he had the opportunity to work with some substantial quality lumber. Shawn recently completed yardarm signs for the post office with their logo, and a sign for Beaver Stadium, among others.

Though Shawn is a talented painter, carver and sign maker, his true artistic passion is music.

“When it gets down to it, I get the most satisfaction out of composing something. It gives me chills.”

Shawn categorizes himself as a singer-songwriter. He is a lefthanded musician so he plays the guitar upside down and backwards.

“It’s a struggle,” says Shawn, “but because of this I was introduced to a lot of talented players. Since I play upside down and backwards my rhythms are a little unique.”

One of Shawn’s dreams is to open a recording studio. He envisions a place where musicians feel at home and have a positive experience. According to Shawn, a stick in the mud producer can take all the fun out of it. With Tenino’s efforts to become a creative district, it seems a great place to open the studio of his vision. And since Tenino was the scene of his first live music experience, opening a studio there befittingly brings that musical journey full circle.

You can find Shawn’s music on Reverbnation.