Home Don't Miss A Century Ago: Olympia Celebrates Thanksgiving During World War I 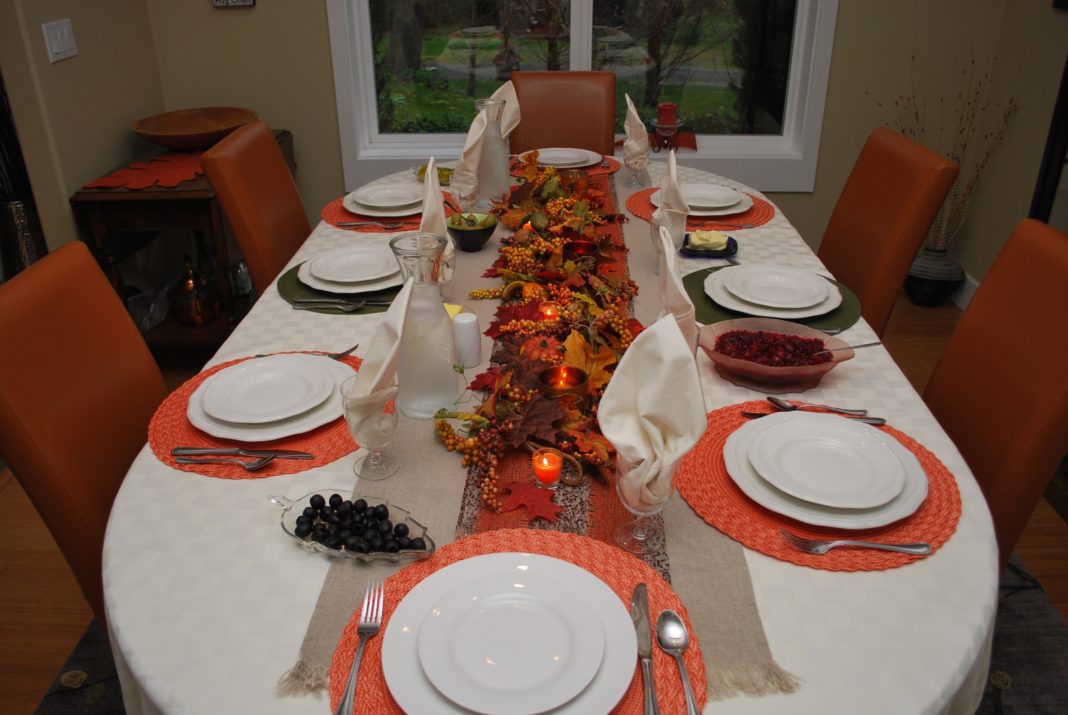 For many people Thanksgiving is a special annual event, one full of tradition and memories. And the celebration marks the official start of the holiday season. How Thanksgiving was celebrated 100 years ago in Olympia is both familiar, with family reunions, large meals and thankfulness, there are some things that have definitely changed since 1917. Changes include everything from different cooking styles to improved transportation technologies, but the most important change is that Thanksgiving 1917 took place in the midst of the official American involvement in World War I (1917-1918).

Long celebrated in New England, Thanksgiving only became a national holiday in 1863 as established by a presidential proclamation. Every president since then has issued a Thanksgiving proclamation each year. Governors usually proclaim the holiday as well. Until 1939 Thanksgiving was celebrated on the last, rather than the fourth, Thursday of the month. President Franklin D. Roosevelt moved the date to boost Christmas shopping in an attempt to aid an economy still troubled by the Great Depression. Thus, Thanksgiving 1917 took place on November 29 rather than November 22.

The Thanksgiving 1917 celebrations were affected by wartime rationing. Except for a handful of laws regulating the purchase of wheat flour and sugar, rationing was largely voluntary. However, it was heavily promoted as a duty to conserve food, especially food needed for the United States military and our allies.

“The Thanksgiving menu…,” the Morning Olympian newspaper reminded cooks the day before the holiday, “is almost an ideal…meal, if the turkey is stuffed with coarse bread stuffing, and the mince pie is omitted. Turkey is really an economical meat. It may be made the basis of innumerable hashes and soups following its first formal appearance.”

Reflecting wartime inflation, the Olympia Daily Recorder newspaper claimed on November 29 that turkey was retailing at forty cents a pound (about $7.31 cents a pound in 2017 dollars). This was too expensive for many people in an era when workers were lucky to earn five dollars a day ($91.41 in 2017 dollars). Local grocery stores reported that chicken, which was much less expensive, was selling more briskly than turkey.

Although electric and gas ranges were coming into use, many families, especially in the more rural parts of the county, continued to use wood stoves. Also, since electric refrigerators had not been invented yet, cooks used iceboxes to keep some food cold. Thus, most cooks did their shopping right before the holiday. Small grocery stores heavily advertised. Chain supermarkets did not arrive in the area until the 1920s.

Due to the war, Thanksgiving celebrations took on a particularly patriotic character in 1917. On November 24, the Chambers Prairie School in Thurston County held a Thanksgiving program and basket social. Following a student program of songs, recitations and dialogues, basket lunches were auctioned off, and the audience went to the basement to eat, sip coffee and dance.

Moreover, on the day of the holiday, about 100 soldiers from nearby Camp Lewis visited Olympia. Given leave for that day only, most soldiers were unable to go home for the holidays. Helping them feel at home and welcome on the holiday, the Olympia Chamber of Commerce arranged for soldiers to eat Thanksgiving dinner with local families. So eager were people to invite the lonely soldiers to dinner, some soldiers told the local newspapers that they had eaten two or more meals.

On Thanksgiving, city and state offices closed for the day, as well as banks, schools and many businesses. City churches held a joint service at 10:30 a.m. at the Methodist Church, with the Reverend Harry Bell of the First Christian Church giving the sermon. Later in the day, many people went to a football game in Tacoma between the University of Washington Naval Training Station and the 91st National Army Division of Camp Lewis (now Joint-Base Lewis-McChord). Attending games in this era, like now, was very popular.

The next Thanksgiving, in 1918, America would celebrate an allied military victory in the middle of the deadly influenza pandemic.

Clearly, many things have changed over the past century between Thanksgiving 1917 and today. Cooking technologies have made meals simpler to prepare, including pre-made food. Airplanes and cars have made it easier for far-flung family and friends to reunite for the holiday.

Traditional food from other cultures has also become more a part of the holiday, as well as increased attention to healthier, vegetarian and vegan cuisines, including options for people with food allergies and food intolerances such as celiac disease. However, the continued traditions of family reunions, large meals and reflections upon thankfulness would make a 21st century Thanksgiving very familiar to the people celebrating in 1917.