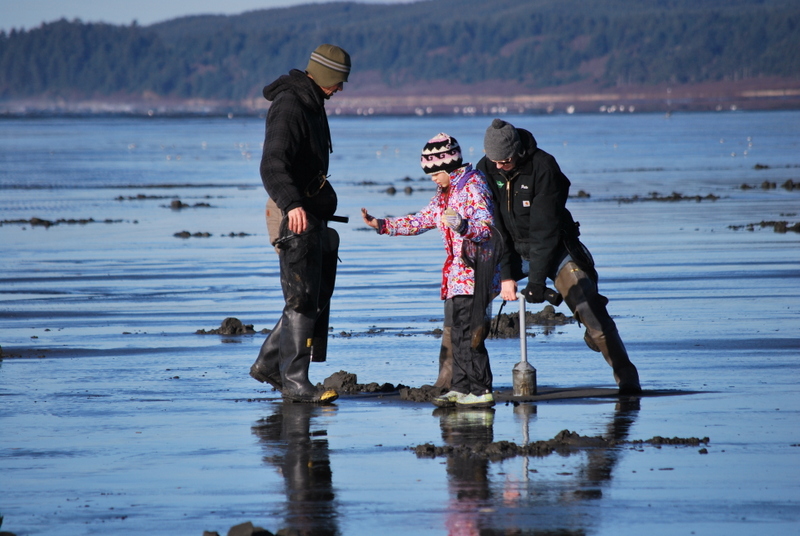 Submitted by Washington Department of Fish and Wildlife

The first razor clam dig of the fall season will get underway October 6-7 at four ocean beaches.

The Washington Department of Fish and Wildlife (WDFW) has approved the dig on evening tides at Long Beach, Twin Harbors, Copalis and Mocrocks after marine toxin tests showed that clams on those beaches are safe to eat. No digging will be allowed on any beach before noon.

The upcoming dig is approved on the following beaches, dates and evening low tides:

Dan Ayres, WDFW coastal shellfish manager, recommends that diggers hit the beach about an hour or two before low tide for the best results.

Before receiving the test results, Ayres said he had received a number of calls from diggers about an erroneous newspaper story that suggested that ocean beaches would remain closed to digging.

“A map on the Washington Department of Health’s website indicates that beaches are closed to razor clam digging up until they are cleared to open by the test results,” Ayres said. “We’re pleased that we are able to move ahead with this opening as scheduled.”

A recent statement in a story about Pierce County’s shellfish ban might have caused some confusion among razor clam diggers. While it’s true that the Washington coast has been closed to clam digging, that closure could be superseded by favorable results from a marine toxin test, due as early as Oct. 3. The Washington Department of Fish and Wildlife will post the results of that test at http://wdfw.wa.gov/fishing/shellfish/razorclams/current.html.

WDFW has tentatively scheduled another dig for November 2-5, pending results of future toxin tests. More information on planned digs can be found on WDFW’s razor clam webpage at http://wdfw.wa.gov/fishing/shellfish/razorclams/current.html.

All diggers age 15 or older must have an applicable 2017-18 fishing license to harvest razor clams on any beach. Licenses, ranging from a three-day razor clam license to an annual combination fishing license, are available on WDFW’s website at https://fishhunt.dfw.wa.gov and from license vendors around the state.

Under state law, diggers at open beaches can take 15 razor clams per day and are required to keep the first 15 they dig. Each digger’s clams must be kept in a separate container.

Ayres noted that throughout the 2017-18 razor clam season, a research team from the University of Maryland will be out on the beaches seeking volunteers to participate in a survey about razor clam consumption and harvesting practices. For more information, contact Lynn Grattan at 877-668-4559 or LGrattan@som.umaryland.edu.