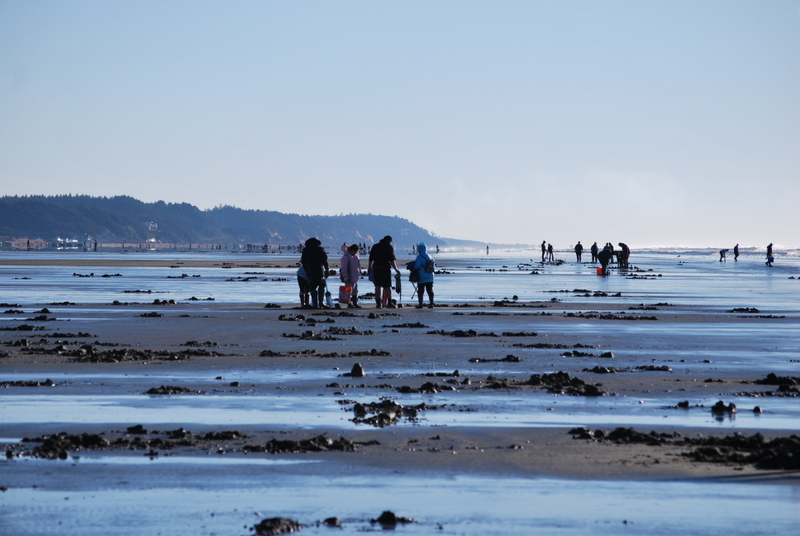 Submitted by The Washington Department of Fish and Wildlife

The Washington Department of Fish and Wildlife (WDFW) has canceled five days (Nov. 12-16) from a razor clam dig that was tentatively planned at Twin Harbors and Long Beach, due to elevated marine toxin levels.

However, shellfish managers still hope to move forward with three days of digging (Nov. 17-19) at four Washington ocean beaches, pending the results of further testing for domoic acid. A natural toxin produced by certain types of algae, domoic acid can be harmful or even fatal if consumed in sufficient quantities.

Neither Long Beach nor Twin Harbors have met state public health standards for toxins. Those beaches could be in the clear for the November 17 opening if additional testing shows toxin levels have dropped, said Dan Ayres, coastal shellfish manager for WDFW.

“We’re optimistic that we’ll be able to open at least a few of the beaches on November 17,” Ayres said.

“We’re off to a bit of rocky start with this fall’s razor clam digs,” Ayres said. “But we’ll give the green light on digs as soon as we know the clams are safe to eat.”

More information about razor clams and domoic acid can be found on WDFW’s webpage at http://wdfw.wa.gov/fishing/shellfish/razorclams/.