The crisp, cool air has returned with the rain, letting us know that fall has returned in full force. With pumpkin spiced lattes being served on every corner, and pumpkin patches and corn mazes popping up in every field, we find ourselves coming face to face with the Halloween season.

Dark days lead to spooky nights, transforming us into hunters of ghosts, goblins and everything creepy. Around Olympia and on short drives from town, a handful of hauntingly unique adventures await you, if you dare. From ghost towns and ghost sightings to abandoned buildings and haunted trails, family-friendly Halloween fun can be found, if you know where to look. Find four day trips to take you on a haunted hike around Olympia.

1. Capitol Lake and the Capitol Campus

Will you see the ghost that roams the Governor’s Mansion grounds? Photo credit: Harvey Barrison.

Built in 1908, the Governor’s Mansion rests high above Capitol Lake and is the site of a rumored haunting. According to those who have had experiences with the ghost, a young boy dressed in blue is said to roam both inside the mansion and occasionally out past the fences on the Capitol Campus. Supposedly dressed in blue, the boy’s origins are largely a mystery and sightings of him are scant at best. While the general public can’t stroll into the governor’s residence whenever they please, the haunting is reason enough to take a stroll around Capitol Lake and a walk on the Capitol Grounds. At two miles round trip, the walk passes iconic Olympia scenes, while giving you a chance to walk up the hill to one of the best overlooks in the city. Whether you see the ghost of the boy or not, you’ll enjoy the adventure, views and reconnection to exploring the beauty of Olympia by foot.

Fifteen minutes south of Olympia, near the already spooky and mysterious Mima Mounds, the ghost town of Bordeaux sits along a short trail, waiting for you to roam around the concrete walls of this long abandoned city. Built in the early 1900s, the once proud lumber town boasted a decent sized small town, supported by the lumber mill and timber dollars that were pouring into town. By 1941, the town that had a school, post office, mill and railroad leading to and from the forests stopped being profitable, forcing the closure of the mill and the townsfolk to abandon the area. Today, little remains of this town. Several brick, wooden and concrete structures can still be found along the creek, just a half-mile from the parking area. On foggy nights and misty, gray days, those who roam the old, abandoned city of Bordeaux may encounter the sprites of old timber folk walking from structures to the site of the old bank vault that once held their wages.

The sound of a man sighing can often be heard while walking quietly at Point Defiance Park.

Thirty minutes north of Olympia, along the waters at Tacoma, the family-friendly destination of Point Defiance Park holds a dark past. Point Defiance, home to over 10 miles of incredible trails, the zoo and aquarium, an historic fort and rich local history, is also the sight of several hauntings. The first commonly-experienced ghostly entity can be heard, but almost never seen. Along the darker, quieter stretches of road and trail, the sound of a bicycle bell can be heard through the trees, rumored to be from a 14-year-old girl whose body was found on the park grounds. Another popular haunted area is near the Pagoda, where numerous reports of unexplained footsteps, shadows and even the sound of a man sighing have been heard. The rumors of the man sighing are said to be the spirit of a man who ended his own life after his wife drowned in a nearby lake. The best time for seeing or hearing the spirits that roam Point Defiance Park are reported to be the early morning hours, before the roads open to vehicles, or on cloudy, misty days right before the park closes.

A spooky scene at Fort Flagler awaits those who like creepy buildings and awesome history. Photo credit: Douglas Scott.

If getting spooked in abandoned buildings is what you enjoy, the old barracks and trails at Fort Flagler State Park will get the hair on the back of your neck standing straight out. With five miles of trails and a handful of old barracks to explore, even those that are the most skeptical of paranormal behavior will find something unnerving about exploring the dark and damp buildings. Built in the 1890s to help protect the nautical entrance to Puget Sound, Fort Flagler joined Fort Casey and Fort Worden as the Triangle of Fire, which was the first line of a fortification system designed to prevent a hostile fleet from reaching such targets as the Bremerton Naval Yard and the cities of Seattle, Tacoma, and Everett. Today, the buildings are abandoned and open to explore, making this one of the more unique “haunted” destinations in the Pacific Northwest. Once you are up this way, end your day of searching for long lost souls by talking the creepy and entertaining Twisted History Tours in Port Townsend.

Thrifty Thurston Goes to Plays for Children and Teens 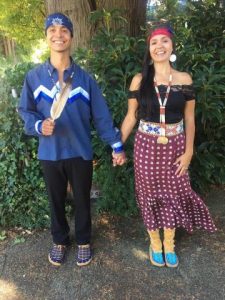 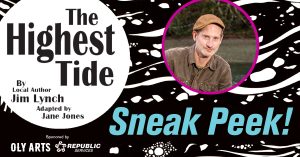