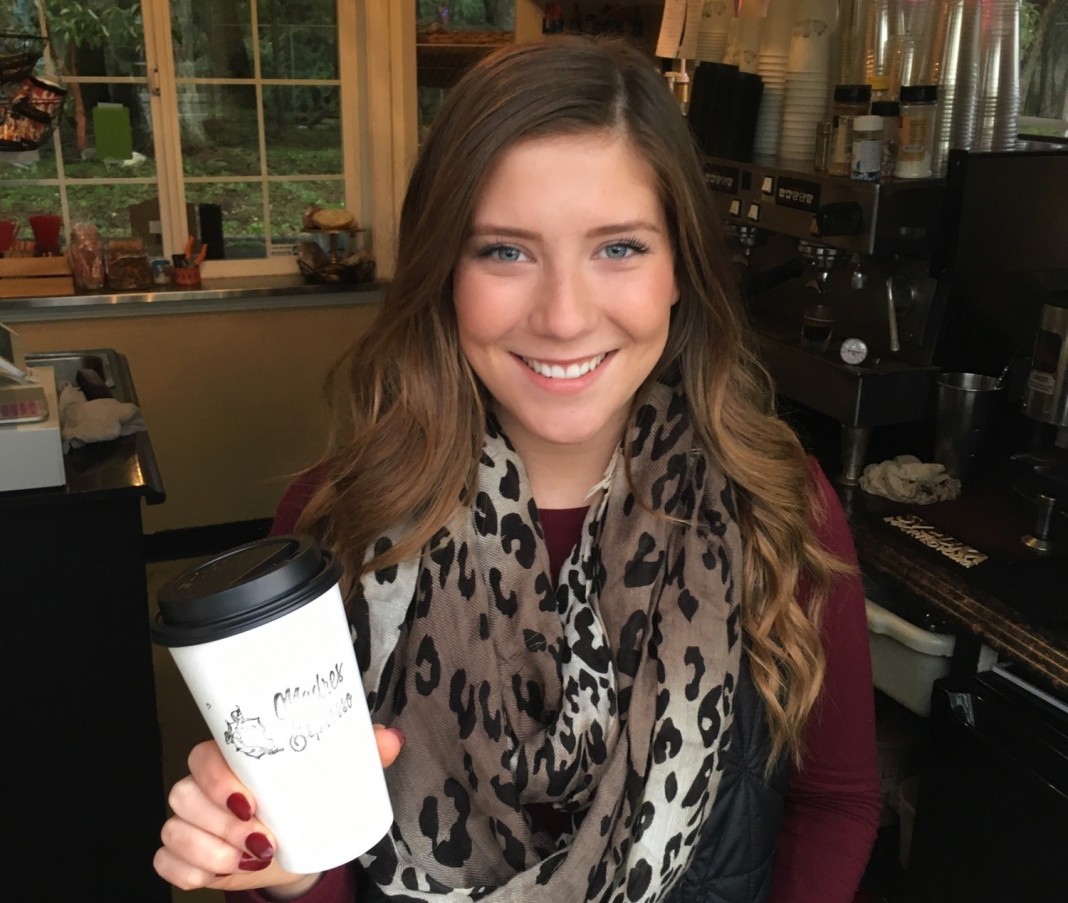 Turning sixteen opens you to a world full of new things: a driver’s license, if you live in Scotland you can get married and you can even, at 16, get a special license to sell scrap metal. In addition to these new privileges, you can also get a job.

Forbes works at Nicholson and Associates, an insurance brokerage on Olympia’s west side. His duties include filing papers, maintaining the office, even some building maintenance.

Giroux works as a barista at Madre’s Espresso, a locally owned drive through coffee stand in Olympia. This is her first job, and she says she has really formed a bond with her coworkers, boss, and customers. “We get a lot of regular customers that come everyday and you really get to know them after a while. That’s one of my favorite things.”

Mica Livingston, a senior at CHS, works at Spruce Skin and Wax Shoppe as a greeter, cashier, and also takes care of odd jobs around the store. Her past jobs include babysitting and a summer job working at the Olympia Farmers Market for Diamond Head Shaved Ice.

Ryan Taylor, also a CHS senior, has worked at Shur Kleen Car Wash in Olympia since July 2014, and has had a total of four jobs. His other jobs include the Dome Deli in the Capitol Building and selling German food at the Olympia Farmers Market.

JCPenney and Safeway are also popular places to work as a teenager. “I wanted to experience retail and needed a job so I decided to apply to JCPenney because I loved the environment they provided,” says Sarah Pratt, a junior at CHS. “They were really flexible with a student’s schedule, which was definitely what I was looking for.” Pratt also shared there are five other teenagers working in her department.

Maria Garza, a senior at Capital, works at the west Olympia Safeway. “I chose to work there because it always seemed to have a great vibe. Also, I knew people from school who worked there,” she explains. Garza also shared that her managers have been extremely flexible, even when her hours of availability were limited.

Many teenagers consider working throughout their high school years to be beneficial for multiple reasons. Taylor thinks it is a big part of the teenage years. “I believe having a job is a crucial part of the high school experience in [learning about] multi-tasking, different responsibilities, learning the value of the dollar early on, teaching taxes early, and the list goes on,” he explains.

Livingston agrees, but says it may not be practical for all teens to juggle a job, school, sports, and a social life. “I think that as a teenager it can be really beneficial to have a job and start being more independent from your parents, but I don’t think it’s for everyone,” she says. “School and sports can take up a lot of your time and be a lot of work, so trying to squeeze in a job to your already busy schedule can be a challenge.”

Some parents agree becoming more independent during the teenage years can be beneficial. Livingston says she originally did not want to get a job, but her mother was really pushing her to get one. Anne Giroux, Roddie’s mom, explains how getting a job was a great way for her daughter to have extra spending money and also help pay for her trip to Europe. “It helps her to be more organized with her time, knowing that she has less free time now,” she explains.

With every perk that comes with having a job, there is a downside. For high schoolers, these include requiring strict schedules and time management, often missing out on simply hanging with friends. “It has definitely affected my social life but it’s not all bad,” says Giroux. “I have money to be able to do more things that I want to, but it also takes away from things like missing out on social stuff.”

As a teen looking for a job, an important aspect to consider is how you can incorporate your passions into a part-time job. “I get paid to take care of and meet nice customers, clean cool cars, and hang around some great co-workers,” says Taylor of his work at Shur Kleen where he can indulge his passion for cars.

Obviously, having a job during your teenage years is not for everyone. But if you can find a job that understands the demanding, and sometimes inflexible, schedule of a teen and is something you’re passionate about, jump on it. You won’t regret it.

Whether you’re an amateur or a skilled cornholer, sign up for a friendly, fun evening or cornholing and raise some funds to help vulnerable children and build strong families through FESS’s vital programs. Included are[...]
View Calendar