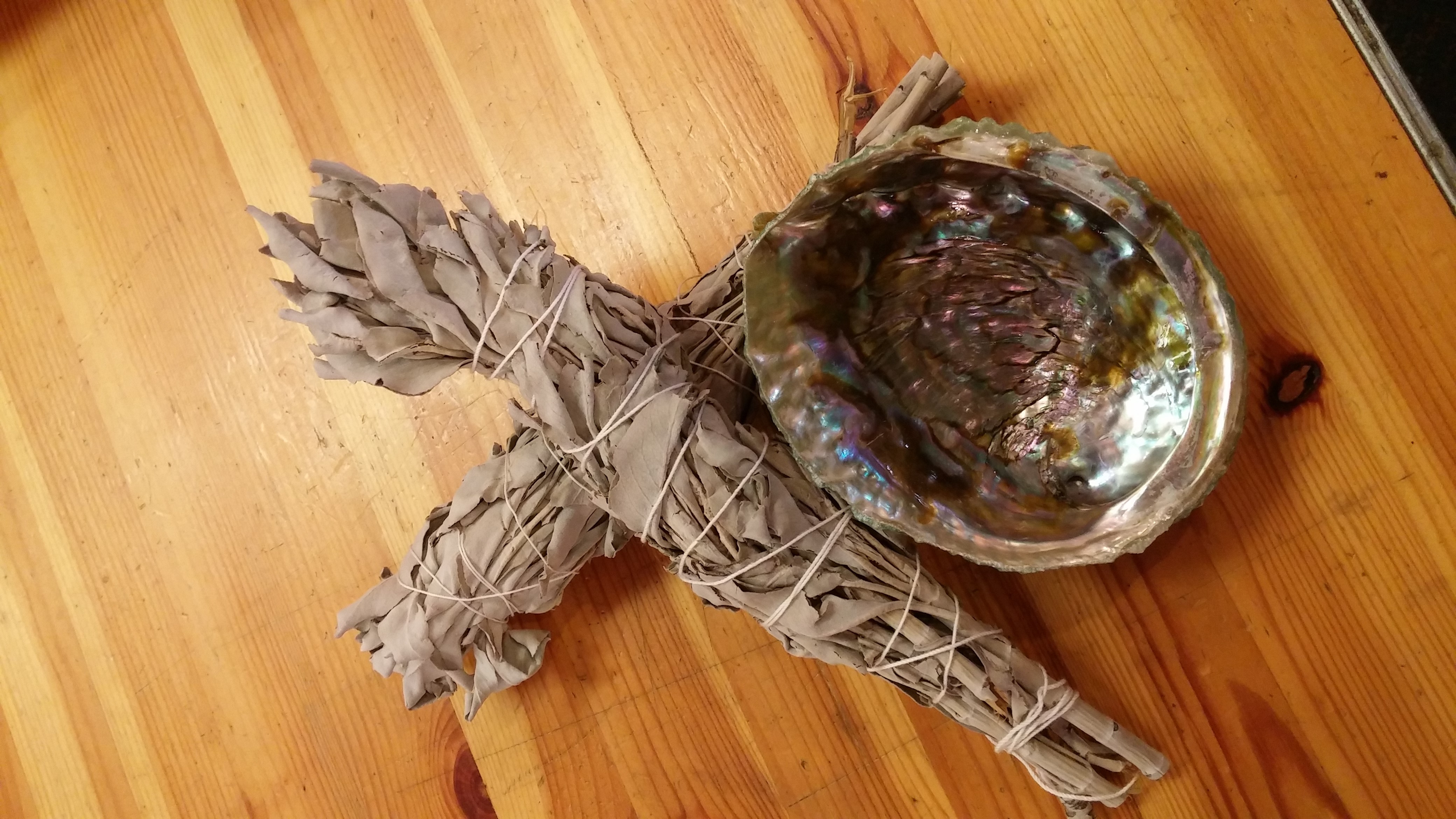 Submitted by Radiance Herbs and Massage 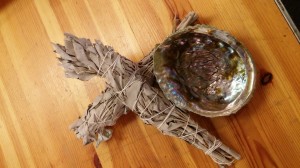 Since before recorded history, humans have used incense to perfume, uplift, cleanse, sanctify, or just cover up a bad stink. Whether you light a stick when you sit down to meditate or when you politely leave the bathroom, you are participating in a rich human tradition whose roots spread around the world.  Starting close to home and traveling east, here is a brief tour of human incense use, both ancient and contemporary.

Many tribes across North America practice smudging, using the smoke of burning herbs for spiritual cleansing. The herbs used vary by tradition and geography, but some are well known and commonly available. White sage is probably the best known, with its long gray-green leaves wrapped carefully into smudge sticks. Many Radiance customers burn white sage to clear lingering vibes from a new house, or smudge themselves to keep the stress of work from following them home. Desert sage, with tiny, thyme-sized leaves, may be considered less formal for ceremonies, but is equally effective for clearing.

Many people follow a sage smudging by burning sweetgrass. If sage clears the space, sweetgrass fills it again with good vibes that may discourage a negative atmosphere from returning.
Green cedar tips, carefully gathered and dried after a stormy blow-down, are a favorite smudge of Northwest Coastal native groups.

In Mexico, incense is an important ofrenda (offering), laid out on the family mesa, or altar, for Dia de los Muertos. Clay goblets hold smoldering charcoals, sprinkled with copal—old, hardened tree resin on its way to becoming amber. Copal is often burned in sweat lodge ceremonies, and is used to simultaneously cleanse and sanctify, similar to following sage smudging with sweetgrass.

One of several woods called palo santo, from the tree Bursera graveolens, is gaining popularity as an incense and smudge in the United States. The tree grows from Guatemala south through Peru, and is used widely for cleansing malas aires (bad air, or negative atmosphere) throughout these countries, especially in Ecuador. The chopped pieces of palo santo wood stay lit on their own. Those who use it find the smoke both clearing and uplifting, and some report the burning wood pops when the smoke encounters a particularly dense pocket of energy. 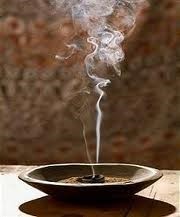 Traveling east, we find the frankincense and myrrh resins mentioned so prominently in the Bible. Archaeological evidence shows use of incense in this region dating back even farther, to Ancient Egypt. Frankincense “tears,” or drops of the hardened sap of the Boswellia tree, are collected by hand and burned over glowing charcoals, often in hanging brass censors.
Indian As we travel east, we encounter cored incense first in India. The core is a thin piece of bamboo or sometimes sandalwood; this is hand-rolled with resin, sawdust for fragrance or binding, and scented with essential oils and/or synthetic fragrance. India is one of the world’s biggest exporters of incense, including the perennial favorite, nag champa.

Cored incense is used widely in China—for daily devotion to ancestors, as well as in special ceremonies. In areas where the Ghost Festival is celebrated, families burn cored incense sticks the size of small pillars. These put off so much smoke and heat, they can only be burned outside. Incense comes in other shapes in China, including spirals hung from temple ceilings, and twists of scented paper, called rope incense, popular in the Tibetan region. 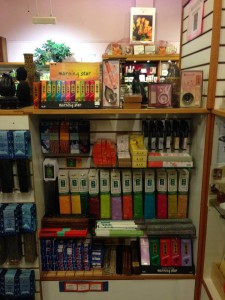 Many people are familiar with the Japanese Tea Ceremony. Japanese practitioners of kodo (ko-the way of, do-incense) may partake in the Incense Ceremony. The ceremony takes place in a special house designed in a traditional Zen architectural style, where participants sit quietly and contemplate the fragrance.
Japanese incense has no core; it is extruded, like sticks of spaghetti. The sticks break easily, which means they not only smell good, but can also be used to time a ceremony or period of meditation. Sandalwood and aloeswood are the most common ingredients in Japanese incense.

We’re lucky to live at a cultural crossroads where all of these types of incense are easily available to us. Radiance Herbs & Massage carries a wide selection of these diverse forms and aromas for you to experience.