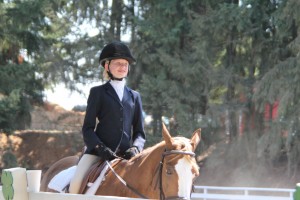 The 2014 fair showcased all of the traditional fair favorites—animals, agricultural exhibits, sweet treats and savory snacks. The Live and Local Concert Series and the Savor South Sound beverage tasting events also were back for their second year with some new vendors and some new performers. And new to the fair this year was the Rescue Pet Round Up event, bringing fresh faces to a community event that reaches back to 1871.

“So many staff and volunteers work tirelessly all year long to make the fair a success. We are grateful to everyone who helped make this year’s fair successful and so much fun,” said Thurston County Commission Chair Karen Valenzuela. “I was particularly pleased with the Savor South Sound event this year. It was great to see so many of our local brewers, vintners and cider-makers and taste what they have to offer. It’s a great showcase for our local agriculture.”

“County fairs like this are a lot of fun, but they also play a critical role in promoting local economic development and local agriculture,” said Commission Vice Chair Sandra Romero. “Many thanks to everyone who helped make this year’s event special, and a special thank you to the 400-plus of the youth who worked so hard on the projects and displays that made the fair fun and educational.”

“I always enjoy visiting the fair, and particularly the opportunity to meet so many fair volunteers at the Commissioners’ annual pancake breakfast. It’s our way of thanking them for all of their hard work to make the fair so much fun for the community,” said Commissioner Cathy Wolfe. “I want to thank all of the sponsors who recognize the value of this event and who helped make this another great community celebration.” 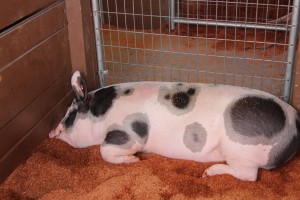 Since 2009, the Thurston County Fair has been a self-funding program of Thurston County government, with all of its operations paid for by the revenue from fair week, along with other activities and events throughout the year, such as RV and boat storage, the annual Secondhand Safari community garage sale in May, and the Holiday Bazaar event in November.

The biggest increase in attendance compared to 2013 was on Friday, August 1. A drizzly, wet day in 2013 kept attendance at about 5,000, but this year’s dry weather and sunny skies attracted more than 6,300 fairgoers on Friday. 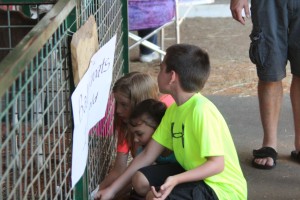