Home Dogs & Pets A Lost Dog with a Happy Ending 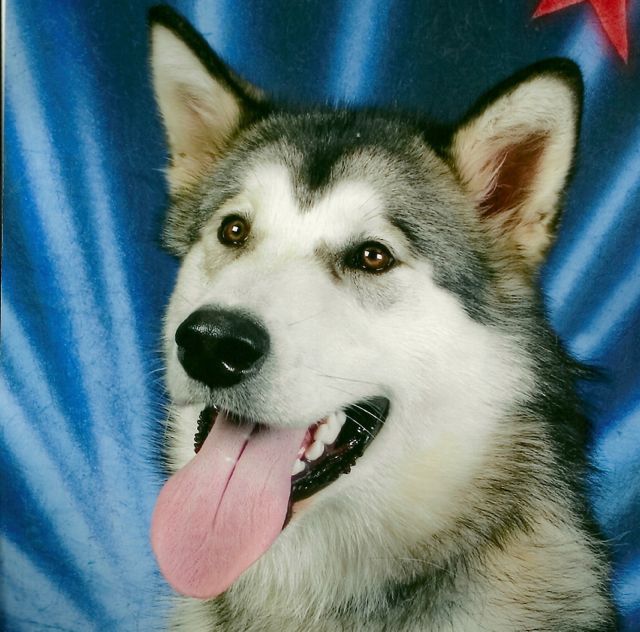 A few weeks ago, Frank Gorecki turned his cell phone back on after attending a meeting in downtown Olympia. A barrage of text messages and voice mails awaited, letting him know that his beloved Tor, a four-year-old Alaskan malamute, had escaped from the backyard of a friend who was keeping him for a short while.

“I was frantic,” said Gorecki, a retired chief engineer for Boeing who lives south of Little Rock. After his romp through several neighborhoods and across a major highway, Tor ended up near the house where Quentin Brownell lives with his father.  As Quentin put it,”He came right to me.  He was really happy, but I could tell he was lost.” Quentin put him in the fenced backyard, untaped his tags and called several different numbers that were listed. It took him more than an hour to track down Frank.

Quentin, 18, is part of the Community Youth Services YouthBuild program, a federally funded program for low-income or foster youth who have dropped out of school. He hopes to become a firefighter. “I just did what anyone would do. He’s a really chill dog,” Quentin said.

Frank disagreed. “Quentin went above and beyond. Tor’s a big dog, 110 pounds, and a lot of people are afraid of him, even though he isn’t at all dangerous. Quentin was absolutely instrumental in taking care of my little big dude.”

Frank was so impressed he wanted to make a donation somewhere in honor of Quentin’s good deed. Quentin didn’t hesitate to recommend YouthBuild.“They do so much to help us here. I was glad I did something that could help them,” reports Quentin.