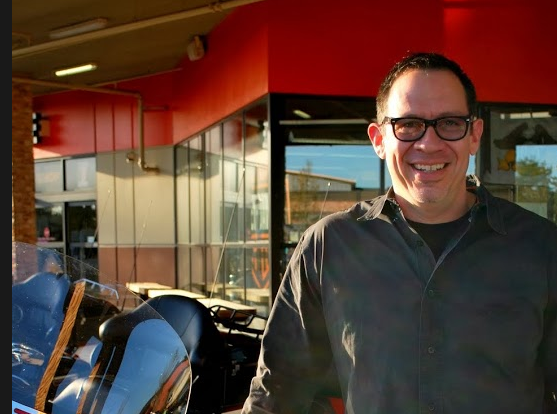 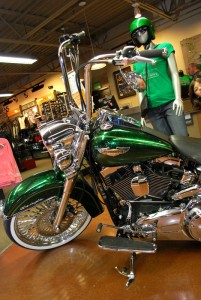 The hallmark orange and black sign and rows of gleaming bikes, chrome shining, are not new sights when you pass through Hawks Prairie.  Northwest Harley-Davidson was the first building in Freedom Point Plaza over 11 years ago and continues as its anchor tenant even now.  And while the company is the same, providing the same renowned customer service and friendly atmosphere it’s always been known for, new owners have taken the reins.

Steve Boone purchased NW Harley-Davidson in 1994, relocating and launching the development  of  the Hawks Prairie area in 2003.  Throughout his years, he worked hand in hand with Joe Deck, both at NW Harley-Davidson as well as in other business ventures.  Deck, an Olympia native, Saint Martin’s University graduate, married and father of two teens, served as the CFO for five years at Boone Ford prior to the building of NWHD. He continued to work with Boone in real-estate development when the motorcycle dealership and adjacent retail properties were built.   As a trained CPA, Deck provides a strong financial and business background.

Likewise, Julio Valdenegro, father of 10 and 12 year old girls, has been an anchor at Northwest Harley-Davidson since 2001. The Oregon native (OSU Beaver) spent the last 8 years as the general manager and truly knows the ropes of all departments at NW Harley-Davidson   Valdenegro spent time over the years working his way up through company including shipping and receiving, parts and sales prior to his position as GM.

Last March, Boone decided it was the right time for a change and began discussions with Deck and Valdenegro about the future of the Harley shop.   The two longtime partners decided joint ownership made sense and they moved forward with the purchase.  With the “official” transition taking place November 6, 2013 the duo is now ready to launch Northwest Harley-Davidson into a new era. 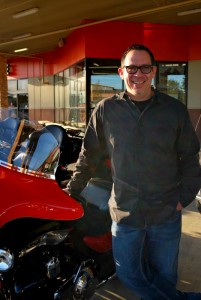 Valdenegro’s hands-on know-how coupled with Deck’s behind the scenes business savvy makes for a strong combination to move the business forward.  “Between the two of us,” shares Deck, “I figured he was the sales and PR guy and I was the financial and detail guy.  The combination sounded solid.”

When asked, though, what makes Northwest Harley-Davidson a place they’ve wanted to stay for so many years neither of the new owners hesitate.  “It’s such a cliché, and I almost hate to say it but it’s true,” says Valdenegro with a smile. “But it’s the people; our customers, their passion and the staff that make this place what it is.  It is ‘the friendliest’ staff.  You are greeted instantly when you arrive .  The people are genuinely warm.  We strive to take care of our guests when they come in.”

The shop’s motto reads, “The Friendliest Shop on the West Coast” and while it’s easy to shrug that off as a tag line or gimmick, the owners and staff take it very seriously.  “It’s our home – we are here a lot – and we want people to feel welcome when they come into our home,” shares Deck.  And while many Harley shops might feel intimidating – tough, cold, full of chrome and leather – Northwest Harley-Davidson feels far from it.

Another marker of their warm and friendly atmosphere is the longevity of their staff.  “We have staff who have been with us since this facility relocated in 2003 and before — some have left and come back.  And for retail, that’s especially long,” explains Deck.

Loyalty to the shop, not only by employees, but customers as well, also comes for the focus on fun.  “We have great activities that we sponsor both for our customers and employees.  We want the shop to be somewhere that people can enjoy and just hang out,” Deck continues, “comfortable and inviting to all” 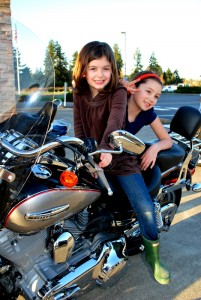 “We have customers,” says Valdenegro, “that simply drop by to hang out.  They stop in the deli or to get a coffee and end up staying and talking.”  And the shop has a lot to offer for anyone from the serious Harley rider to the brand-name enthusiast looking for a logo hat or hoodie.  The shop’s retail selection is beyond compare.  In addition, the deli and espresso bar serve up tasty eats daily along with quality coffee drinks.

But at its roots, Northwest Harley-Davidson is about the bikes.   The new owners know that keeping the focus on providing quality bikes, new and pre-owned, an outstanding parts and service department full of knowledgeable techs, and sponsoring events to bring local area Harley riders together is the bread and butter of the business.  “Harley riders are a kind of family,” explains Valdenegro.  “There is a bond between those who ride that crosses age and demographics.  We love that they all can come together here.”

Northwest Harley-Davidson’s Toy Ride, Sun and Surf Ride, support of Veteran’s Clubs and affiliation with South Sound “HOG” (Harley Owners Group) are all marks of their commitment to the “Harley lifestyle” and support of the riding community.  As is their extensive list of summer BBQ’s, Lady’s only Garage Party’s  and Bike Shows designed for riders to socialize and share their bikes, stories and more.

If you have never visited Northwest Harley-Davidson, Deck and Valdenegro invite you to swing on by.  Even for those who’ve never ventured near a Harley (myself included) the shop is a fun, inviting place where you can get up close to the “hogs,” do a little fun browsing, or grab a coffee to go.  You may not go home on the back of a bike, but you’re sure to go home with a smile. 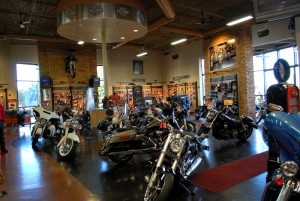 The 2021 Master Recycler Composter Volunteer Training application is now available! Do you have a passion for waste reduction, composting, and recycling? If yes, then consider applying to be a volunteer with the Master Recycler[...]
8:00 am Little Backyard Adventure @ LBA park
Little Backyard Adventure @ LBA park
Jul 31 @ 8:00 am