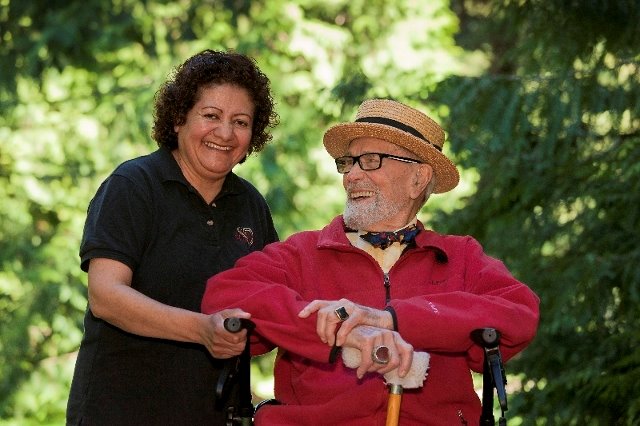 The saying goes, “it takes a village to raise a child.”  This idea never really goes away.  As we age we rely on others for help and for guidance.  “Elderly people, frequently, because of our culture, get left behind in their own homes,” says Synergy HomeCare General Manager Brad Rossman.

There’s something family and friends can do to make sure this doesn’t happen – get involved.  It doesn’t take much time or effort. Often, a simple phone call can make a world of difference.  If you have time consider taking your aging friend or family member to the senior center.  The center has a variety of activities and events to help the elderly stay engaged. “As a family member just to help elderly people get social stimulation and exercise outside of the home is very healthy,” explains Rossman.

The internet is often considered the domain of the young.  The stereotype is that older folks either don’t understand or don’t care.  This simply isn’t true, at least when it comes to social media.  People aged 55-64 are among the fastest growing demographic population on social media networks like Twitter and Facebook.  “A lot of grandparents, if they can learn to use Facebook, can keep up with friends and family members,” says Rossman.  Rossman thinks getting grandchildren to show grandma and grandpa the way would bridge the generational gap and encourage conversation.

More information about Synergy can be found by going to the website or calling 360-338-0837.