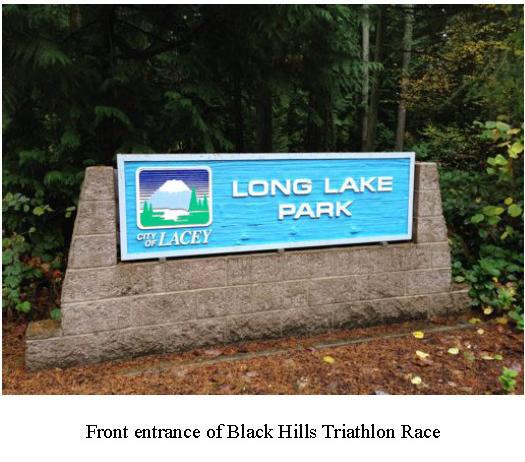 Following a three year hiatus, one of Thurston County’s most popular athletic events will be returning to the area this year.

From 1980 to 2009, the Black Hills Triathlon was held annually in Olympia, drawing competitors from Thurston County and outside the area.

After complications stemming from the event’s previous location, the Black Hills Triathlon had to find a new course, and more importantly, new leadership to bring the proud event back into existence.

On Sunday, June 30, the Black Hills Triathlon will be held for the first time in Lacey, and is expected to draw top flight competition, as a USA Triathlon sanctioned sprint-distance event.  For race organizers, the countdown to the event is a sweet feeling.

“It’s been a long road from way back when we first began meeting.  (The process) felt like a dream to an extent. It required lots of hard work and tons of hours by all of us,” said Race Director and President of the Black Hills Triathlon Association Kim Stamp. “To think we’re just days away from the race being a reality is quite humbling.  It’s very amazing to be a part of this team.”

The race starts with an 800 meter swim at Long Lake.  Competitors then transition to a 17.3-mile bike, which begins north of Hicks lake, veers east to Yelm Highway and then passes the RAC to the south before completing the full circle.

The running portion will be a 3.1 mile course starting at Mullen Road Habitat Reserve trail, with the finish line at the staging area in the Thurston County Fairgrounds.

First and foremost, the Black Hills Triathlon Association wanted to assure a safe race for the participants.

“Our very first concern was to put on a safe race, which may sound a bit trite. I cannot tell you the amount of hours spent on the safety plan,” Stamp said. “We had risk management experts reevaluate the plans, which is almost as grueling as putting the plans together in the first place.  We wanted to make sure we could assure the safety for the participants, and that’s a lot of work.  But it’s work that’s worthwhile.”

After crafting a safe plan, the event organizers focused on making the race more enjoyable for athletes and spectators.

“Once we were convinced we could keep them safe we set out to create as quality of a race as possible. We were able to produce this event due to the generous support of our sponsors, in particular our title sponsor, Olympia Federal Savings.  We also wanted to add things like a string bag and quality apparel for the racers, really all those things that make people want to do a race,” Stamp noted.

“We’ve got coverage if it should rain, and a covered area for the transition periods to keep things dry.  We’ve got Ravens Brew Coffee on site as well.  Those little things help,” she continued. 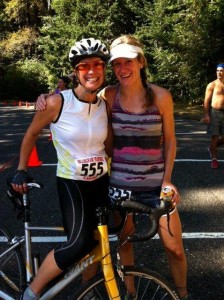 Pints and Quarts, one of the event sponsors, will be holding a post-race party and barbecue.  For four hours after the race, participants can celebrate and eat for free.  Spectators are welcome at the party for a nominal $5 charge.

Hosting a quality triathlon depends on the knowledge and experience of those planning the event.  Luckily for Stamp, she had just the group to do so.

Mary Coppin served as the City of Lacey liaison and run course coordinator, while Christie Agtarap took over the sponsor coordination and oversaw the swim course as well.  Carrington Sedgwick and Joe Evankovich assumed responsibility for the bicycle course.

Agtarap, a local triathlete who has competed in similar events, provided consultation on the creation and organization of the course and also used her connections within the sport to spread the word about the BHT.

“Mary has so many connections in Lacey for the site were using, and she’s just been integral for this whole event,” Stamp said. “The connections Christie has in the triathlete community have really been huge and her expertise in such event’s helped shape how we did things.”

Stamp noted Clark Halverson, the last race director for the Black Hills Triathlon helped with safety planning, and Bill Herzog, the former President of the Olympia Running Club and a triathlete himself contributed to the event as well.

According to Stamp, the organizing committee wanted to connect to the legacy of the original Black Hills Triathlon.

“We really wanted to put an emphasis on tying in to the old Black Hills Triathlon.   That is very important to us,” Stamp said. “It’s a completely different venue, but our logo incorporates the color and the features of the old logo.”

“We want to honor what’s gone on behind us,” Stamp said. “They put on such a successful race in previous years and we hope to do the same in the future.”