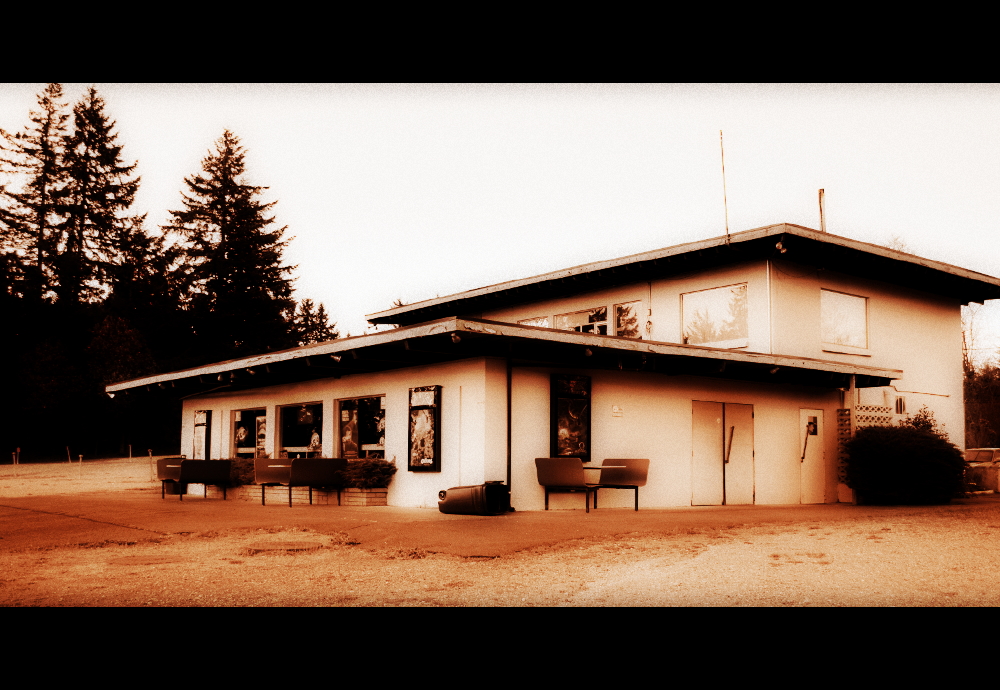 During the course of a lifetime, everyone should do the following at least once: (1) read Vonnegut’s Slaughterhouse-Five, (2) rescue a puppy from a burning building, and (3) attend a movie at a drive-in theatre.

Oscar Wilde once said: “Fashion is a form of ugliness so intolerable that we have to alter it every six months.”  Those who know me know I subscribe to this truism on the three month plan, both inwardly and outwardly. But beneath layers of Chanel and Estee Lauder plastered upon my soul, there is a decrepit old man nostalgic for the archaic facets of our culture–be it the old safety razors or the old drive-in movie theatres.

When I received this assignment, I headed to the Mason County Museum Historical Society, and I devoured their historical archives with much enthrallment. For a split second, I was Benjamin Franklin. I was Thomas Paine. I was Johnny Cash. And that is what history gives us, a chance to live vicariously through those who came before. The Skyline Drive-In, located in Shelton, Washington, is no different: It is a monumental part of our community, and it allows for the “old” to be renewed within each and every one of us. 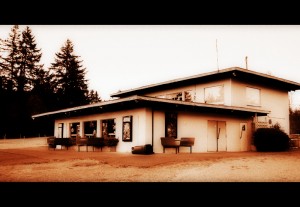 The Skyline Drive-In Theater first opened in 1964 and its opening night features included Walt Disney’s Lady and The Tramp and Billy Budd. The theater was started by Fred Thibodeau and Fred Hendry, both of whom worked in the Bremerton Navy Shipyard by day, and operated theaters by night.

Built on a 16-acre tract the theater had the capacity for 354 cars, and it was open seven days per week.

Now, just shy of its 50th year anniversary, the theater still holds the same sentiments of the past, but with some fresh, new energy– a lively crew who lives and plays in the area. The Drive-In, however, is facing a possible, fatal death that would leave history buried and probably a building project in its place. The Skyline Drive-In must switch to digital projection, or else …

According to Drive-In operator Christopher Mayes, his family purchased the theater from the original owner after having booked the Drive-In for years. He said, “We promised to keep ‘his baby’ going. Since purchasing in 2005, his family has maintained the Drive-In, updating and preserving it.

The theater is unique because it caters to all. Christopher explained that the older generations have nostalgic views of drive-ins and are able to fill this void with their “classics,” and for families who have young children, it is a great opportunity to watch the latest Hollywood movies in the comfort of your own cars. 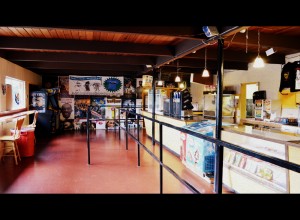 John Heater, owner of Elma Paintball, confirmed, “I grew up going to the Drive-In as something we did as a family, and, when I became a dad, it is something I shared with my kids and hope they will be able to share with their kids. Watching a movie under the stars with the family, enjoying a burger that can only be rivaled by a ‘fair burger,’ and taking in all the smells and sounds of summer is an experience that only the drive-in can offer.”

To the community and to the people in the surrounding area, the theater is about much more than just watching a movie; it is about the experience elicited only from a piece of history. Jaclyn, Drive-In manager, explained, “My favorite part is that we show a lot of classic films. It is so cool when we show an old movie and people actually show up, dressed the part. We showed Greece once, and a ton of people showed up dressed from the fifties. They even fired up their old classic cars and drove them in.”

Aside from the digital conversion, the future of the Drive-In looks bright. 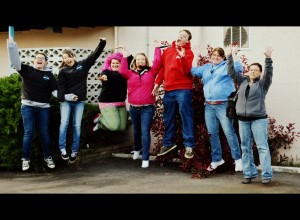 Christopher explained that they’d also like to “revamp” the neon sign out front, build a small stage in front of the screen for live acts and local bands, and they would like to develop eight acres of unused land to provide for more entertainment options for families.

The Drive-In will see none of this, though, unless they are able to raise the remaining $40,000 to switch to digital.

We are conditioned to believe that everything perishes. We see our grandparent pass, and then our parents, and then we pass. But history remains forever. Quite simply, the Skyline Drive-In Theater allows for magic: It allows for communities to come together and share in the past.

This is a unique, fully-virtual theatre experience. So, snuggle up in your PJ’s, grab your popcorn, and enjoy the show from the comfort of your own home! Tickets on sale through Broadway On Demand for[...]
View Calendar