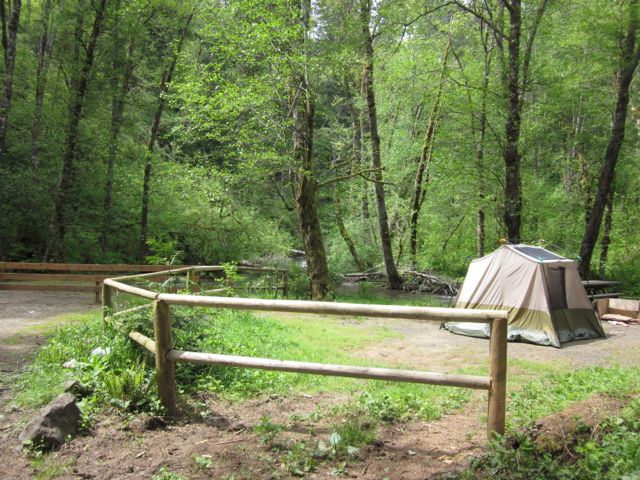 In early April, the prairie at Mima Mounds Natural Area Preserve is eerie and bare, not unlike a scene from A Wizard of Earthsea in which the main character rushes across a barren plain.

As my nine-year-old daughter and I walked a path that curves around the mystery mounds (scientists have yet to settle on a satisfactory explanation for the landforms) she told me the wind in the dry grass reminded her of the fantasy book, which we finished reading together last week. The two of us spent the rest of our walk pretending we were stumbling toward a white fortress at the top of a lonely hill. 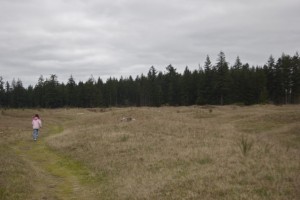 I wasn’t surprised that the setting prompted a flight of fancy. The otherworldly landscape at Mima Mounds is the stuff of imagination.

The designers of the new Capitol State Forest Map must agree. On the map’s Fun Guide, the mounds are labeled the forest’s “Most Mysterious” attraction.

The Fun Guide is a great introduction to the map, which has been updated for the first time since 2002. On it, people new to the over 100,000-acre working forest will find tempting suggested destinations such as “Best Berry Picking Spot,” “Most Peaceful Walk” and “Most Remote Campsite.”

Flip it over for the detailed recreational map with updated names of trails and roads, locations of trailheads and recreation sites. There’s a useful inset of the popular section of the forest that includes Mima Falls, the Middle Waddell trail and the Margaret McKenney campground. Shadings indicating land status and color-coded lines denoting roads and trails make the map both an indispensable guide and a work of beauty. 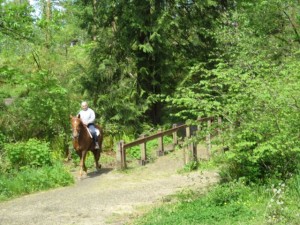 Elizabeth Eberle, one of three cartographers at the Department of Natural Resources (DNR) who worked on the map, says the project was prompted by the need to update data. “Roads and trails had changed dramatically, including the numbering system for roads and trails,” she says.

She and the other cartographers, Mark McLeod and Don Hiller, worked with new software to create the map. They also collaborated with a diverse team from DNR and community members such as engineers, foresters, recreation planners and users of the forest to decide which elements would make the map both accurate and approachable.

Diana Lofflin, Recreation Communications Manager, says the team is pleased with the outcome and hopes the map’s new features will appeal to families who want to explore the natural beauty of the forest. 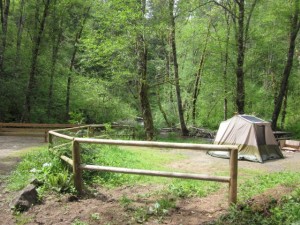 A prime destination for outdoor recreation, Capitol State Forest is also a sustainable working forest. According to one of the map’s informational sections, over 800,000 seedlings were planted last year. Between 2005 and 2011 eight percent of DNR’s timber harvests came from the forest. “Habitats are carefully planned years in advance,” it reads, “and are designed to support a living mosaic of forest habitat for wildlife.”

Spring is a great time to explore the forest if you’ve never been. A one-time investment in the map and a yearly Discover Pass will give your family hours of recreation possibilities.

A paper version of the new Capitol State Forest map costs $9.00 and can be purchased online or at the State Department of Enterprise Services at 7580 New Market Street SW in Tumwater. The department says it will also be available soon at retail locations. A version of the map is available as a free smartphone app (mine downloaded in less than five minutes). I recommend springing for the paper version for its user-friendly guide and downloading the app as a backup. 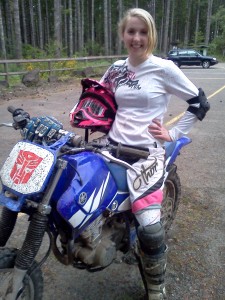 A Discover Pass is required to use the forest’s recreational sites and gives your family access to millions of acres of recreation lands in Washington State. The cost for an annual pass is $30.00 or $10.00 for a day pass.

Throughout the rest of April, May and June, Mima Mounds will be transformed from the whistling and dry place my daughter and I visited to a field of color. Blue violets, buttercups, camas flowers and other native wildflowers will dot the swollen landscape with bright pinks, golds and blues. The rest of the forest will be waking up as well. So pack a picnic and head for the trees!

Winter Storm Watching on the Washington Coast at Kalaloch Lodge

Whether you’re an amateur or a skilled cornholer, sign up for a friendly, fun evening or cornholing and raise some funds to help vulnerable children and build strong families through FESS’s vital programs. Included are[...]
View Calendar